Hercules Ayala still a monster of a man 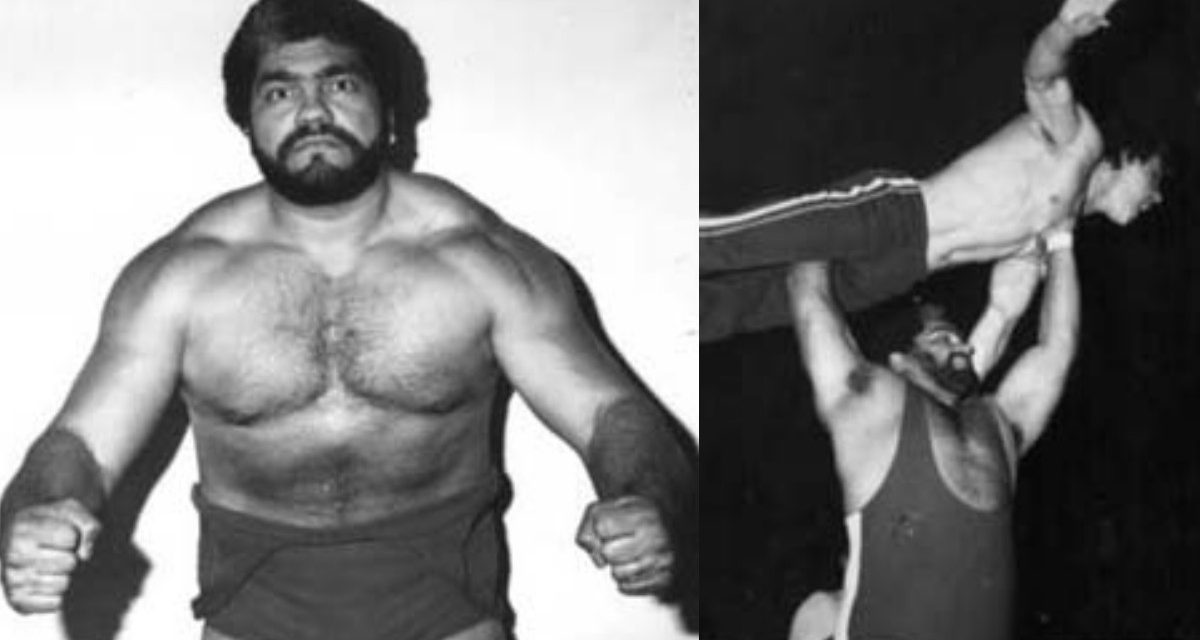 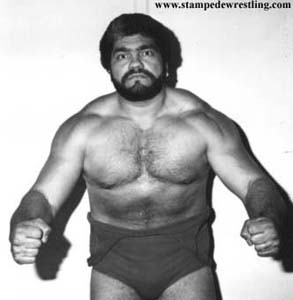 Hercules Ayala is having a tough time watching wrestling’s resurgence from the sidelines.

The giant from Puerto Rico still works out every day, weighing in at healthy 265 pounds, and follows both the international and the local scene, but it’s not enough. Instead, he finds himself working outside of wrestling for the first time in his life, employed by a fencing company.

“I’d like to come back to wrestling for a couple years more,” Ayala said from his home in St. Albert, just outside Edmonton. “I know I can do it!”

He recently went to a Stampede Wrestling show in Edmonton, and according to his wife, Susan Cruz, “the people remembered him.”

Ayala, whose real name is Ruben Cruz, grew up in Puerto Rico a fan of the sport, and of Hurricane Castillo in particular. His mother left Puerto Rico in the early 1970s to live in Boston with her daughter and her grandchildren. A few months later she sent Ayala a ticket. (Ayala is his mother’s maiden name.)

In Boston, Ayala began working out and met wrestler Angelo Savoldi, who trained him. A short time later, he debuted in the WWWF.

But it was not on the U.S. scene that he was to become a star. Ayala returned to his native Puerto Rico in the early 70s to work for Capital Sports Promotion, better known as WWC.

Soon he was as big as a name as his boyhood hero Hurricane Castillo.

“I’ve got a big, big name in Puerto Rico. Same like Bret and Hulk Hogan here,” he explained.

Fans in Puerto Rico still talk to this day of his heel turn against Carlos Colon, the long-time WWC promoter and champion.

“I was pissed off at Carlos Colon because he always wanted to be better than anybody, all the time in the interviews, he tried to knock me down … that’s why I turn against him,” Ayala said. “The bookers and I agree that it was a good idea.”

The colossal feud filled three stadiums with record numbers, and was even transmitted via satellite to closed circuit across Puerto Rico.

WWC was home to hardcore matches well before any North American promotion. Blood flowed freely in barbed wire matches, fire matches and many other insane gimmick matches. The Puerto Rican promotions probably don’t get the credit they deserve for the innovations today’s fans take for granted. 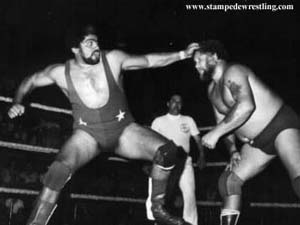 For Ayala, the scariest was the fire match. “After ten minutes, you’ve got all that heat plus the heat you’ve got in the arena, you feel like you’re going to die,” he said. “You can’t breathe, plus [you’re] tired, and that heat because they keep lighting the ropes. You have to get burned — your hair, your back.”

For his wife, though, the scariest moment ever watching her husband was when she saw him screw up his knee during a match in Puerto Rico. “I saw his boot stay and knee go and I knew right then that he was hurt. … and he had to finish the match. I’m sitting in the stands and I knew he had to get out of there, and I thought, c’mon you guys, stop this match! That’s when he ended up having surgery on his legs.”

She continued. “The fans were crazy down there, so I was scared every time he went to wrestle there.”

In March 1985, he beat an up-and-comer named Randy ‘Macho Man’ Savage to win the WWC North American title. Savage would leave to become a major star in the WWF.

It is one of a series of ‘what-ifs’ for Ayala and his wife. They left Calgary together too just before Stu Hart sold his Stampede promotion to the expansionary-minded Vince McMahon Jr., and guaranteed jobs for Stampede vets like Bret Hart, the British Bulldogs, Jim Neidhart and Bad News Allen.

“We left Canada about a year before the WWF came into Canada too. So who knows, he could have been picked up by them too,” sighed Susan Cruz.

Yet wrestling took Ayala around the world, and he claimed to have no regrets.

Germany was his favourite place to wrestle. “Wrestling there is different. It’s like you have to go in a parade, like when you go into the ring, they put on the music, and you go one by one into the ring like a parade … the people that like you, they send you flowers, they send you a little card to buy you dinner or lunch … that was cool,” he recalled.

In 1977, while on tour in Germany, he met Bret Hart and Dynamite Kid.

“Then they talked to me, they say my dad is a promoter in Canada, blah, blah, blah. And I say I’d like to go and they called Stu Hart and that’s when they booked me,” he said.

“In the beginning, I thought that Canada was a big place. I said that that was going to be good for me,” Ayala laughed. “I was supposed to come only for six months, and I stayed eight years! A long time!”

He also met his wife, and Edmontonian, a short time after arriving in Canada.

Susan Cruz said that they met in a bar, at a table full of friends. “As people started leaving, he said to me ‘why don’t you come sit up here?’ I came and sat beside him there, and, pftttt! That was 20 years ago!”

The couple has been married 18 years and have two daughters, aged 19 and 17, who have dual citizenship. Ayala, who is a landed immigrant in Canada, also has a son from a previous relationship in Puerto Rico. They have lived in Alberta, Puerto Rico, Boston and Texas as they followed Ayala’s career.

In Stampede, Ayala, who was often billed as ‘The Strongest Man in Wrestling’, got the chance to wrestle many different kinds of matches, and was a tag team champ with Jim ‘The Anvil’ Neidhart. 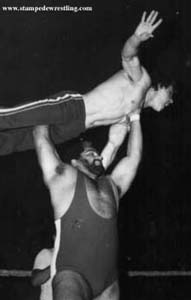 “It was exciting [being in Stampede],” said Ayala. “Good matches, rough, solid. I enjoyed those matches and they were nice people — Bret, Jim, Dynamite Kid, Davey Boy. They were good people. That’s what I like and why I stayed so long.”

He also did a couple of tours of duty for the Atlantic Grand Prix circuit, wrestling as Hercules Cortez.

“Almost every night we got a full house, the little places were packed every night, everywhere. It was nice. I liked it up there,” he said of the Maritimes.

“[He was] a good attraction for us here,” said Dupre. “His size, his ability to do things right — it’s what we call being a good worker.”

Ayala was a champion in Montreal’s International Wrestling too, beating Dr. D. David Shultz for the promotion’s top title in January 1987, and losing the belt to Abdullah the Butcher a month later. (“I wrestled so many times with him. That’s a lot of bloody matches!”) He was managed by Pretty Boy Floyd Creatchman, and was flown in from Boston for shows.

But talk of Montreal brings up the legendary Bruiser Brody, who was being brought in on occasion to the promotion, which was on its last legs.

Ayala goes quiet. “He was my buddy,” he said of Brody, who was killed in a dressing room altercation in 1988. “I was in the heel dressing room and he was in the babyface dressing room when it happened that night … it was terrible. I didn’t want to wrestle the next night.”

He said that just before the attack, he had stuck up for Brody in his argument with the promoters. It soured his relationship with Capitol Sports, but he has been back to wrestle for the promotion since.