Alex Turk can be credited, for the most part, for bringing the modern era of professional wrestling to central Canada. In fact, when he promoted his first card in 1946, the media immediately jumped all over the story, hailing the event as the biggest wrestling extravaganza in the fifteen years leading up to its debut.

Turk was a notable city councilman and sports promoter, having promoted minor league baseball and pro boxing cards, but by far, his foray into pro wrestling would be his most memorable endeavor. Months prior to the first card, Turk announced to the media that he would be attending a meeting of the National Wrestling Alliance commissioners in Chicago in order to persuade them to include Winnipeg as one of the cities in their network. Winnipeg was declined, though Toronto’s bid was accepted.

Under Turk, fans saw every top star of the day. In fact, in the span of three weeks in the early 1960’s, fans would have the chance to see Verne Gagne, Pat O’Connor, Bruno Sammartino, Haystacks Calhoun, and Lou Thesz all in Winnipeg. At that time, Turk sought to become the wrestling capital of Canada. 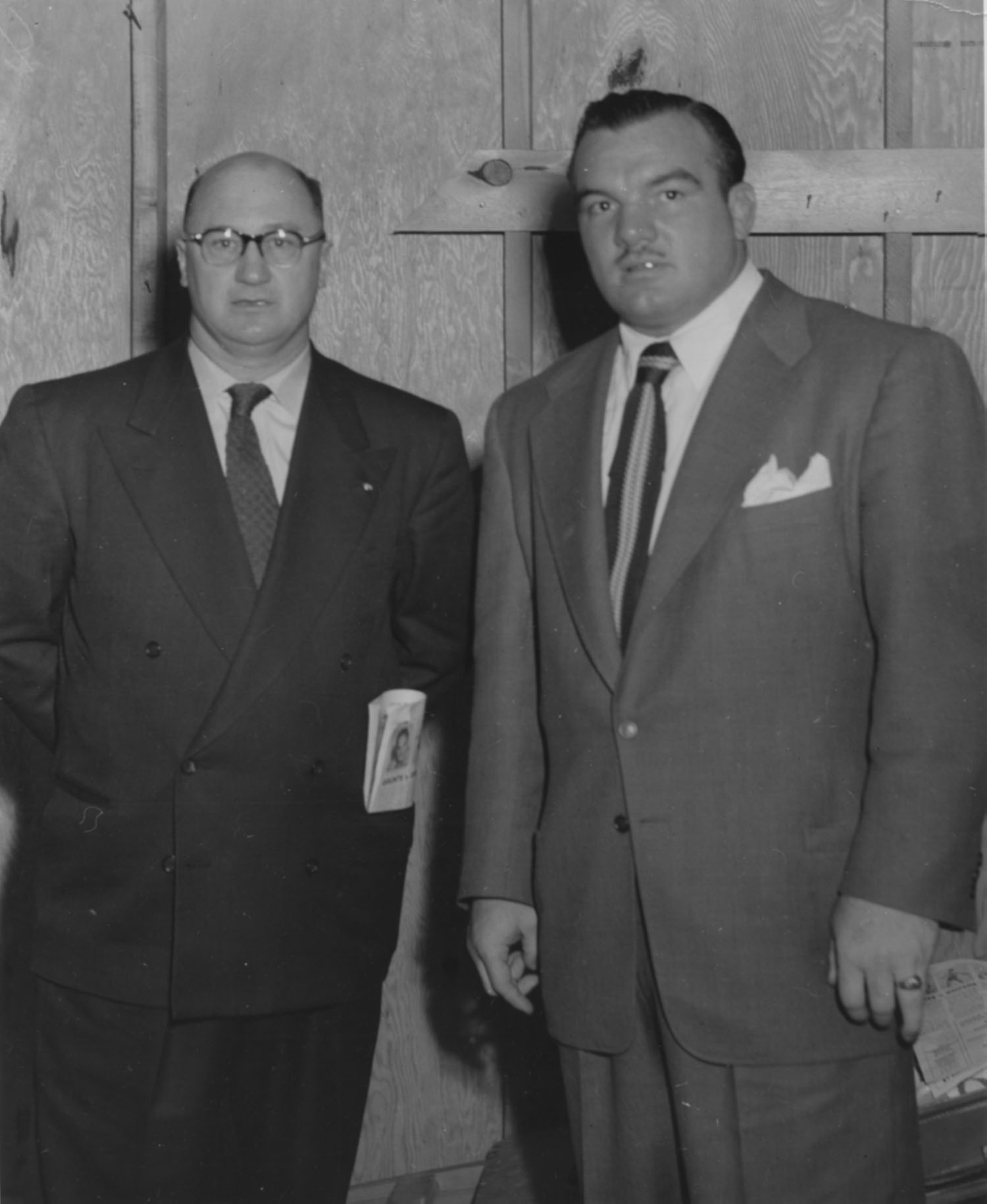 Turk knew how to promote. Following trends set by other top promoters in the U.S. and Canada, he would import celebrities from boxing such as Joe Louis, local pro football players from the Winnipeg Blue Bombers, and other notable celebrities for guest referee assignments on the cards with great results.

At the onset, Turk had a great operation. He utilized the drawing power of the top names in the business, combined with a solid supporting roster of talent within and from surrounding regions to present some historically significant cards. For example, under Turk, there was a match in Winnipeg between Verne Gagne & Stu Hart (two heads of dominant wrestling families).

After close to twenty years of promoting, Turk faced opposition from the south as the AWA opened its doors and made their intentions to move into Canada very clear. Under local rep, “Cyclone” John MacAlpine, the AWA went head-to-head with Turk over the rights to the Manitoba market. Though Turk was able to thwart their advances at first, he would eventually lose considerable ground with the dawn of television, and he closed shop.

Vance Nevada (Vern May) has been wrestling for over 20 years, and is one of the leading historians in pro wrestling. He is the author of 2009's Wrestling in the Canadian West. Email him at [email protected]