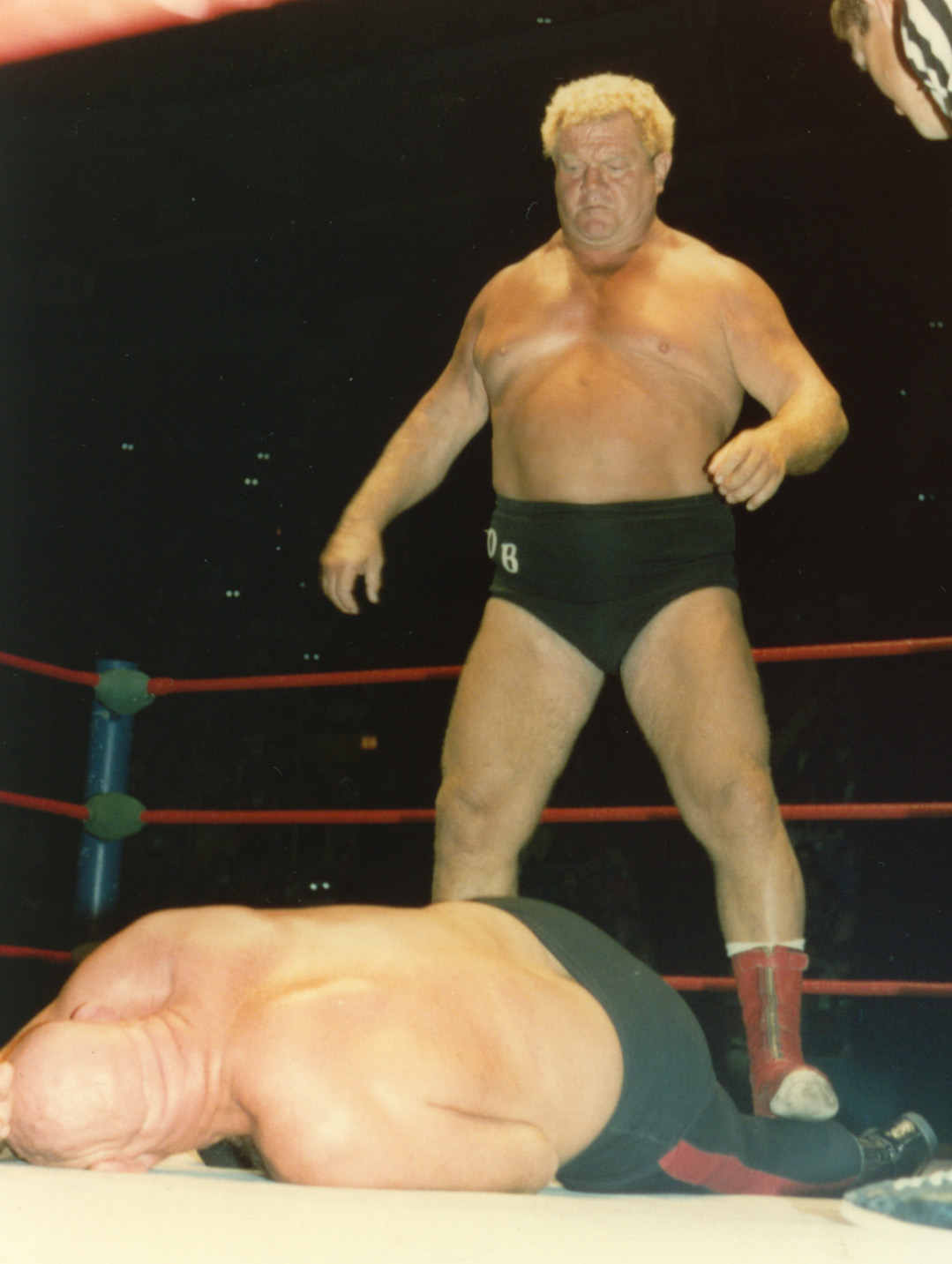 Dick the Bruiser in action. Photo by Terry Dart

Dick Afflis will always be remembered. His career lasted some two decades. He helped sell tickets when he wrestled in the ring, and some fans will always be scared remembering the antics of Afflis.

Many knew him at Richard Afflis, but fans across the world knew him as Dick the Bruiser.

He was immediately drawn into the sport of football growing up. His high school skills landed him at Purdue University and the University of Nevada for his college football career. His skills as a tackle drew the eyes of National Football League scouts. He was soon drafted by the Green Bay Packers. He played there until 1955.

Afflis was happy with his career on the green grass of the NFL. One day Leo Nomellini approached Afflis with a career option. Nomellini was a friend of Afflis and was was a defensive tackle for the San Francisco 49ers. Nomellini encouraged Afflis to give professional wrestling a shot. Nomellini had wrestled during the off seasons of the NFL, and he believed Afflis had all the skills to succeed in the ring.

Nomellini saw a hard working man. He did not expect the real Afflis. A man who did not care about his opponent. Afflis’s main goal each time in the ring were to hurt anyone who got in his way.

Richard Afflis soon made a mark in the ring. “There isn’t a man alive I can’t lick,” he said. “No man I’ve ever wrestled has convinced me I couldn’t lick him.”

Few remember one instance in which Afflis was in the locker room before a match. He heard cheering and laughter coming from the sold out crowd. It is said that cheers were drawn from some girl dancing around for the mostly male crowd. Afflis entered the arena before his scheduled match to declare that ‘there is no fun when I’m around.’

On November 19, 1958, Afflis was teaming up with Dr. Jerry Graham to take on Antonino Rocca and Edouard Carpentier in front of a sold out crowd at New York’s Madison Square Garden.

Some 300 were injured during the match following a riot that was said to be started by Afflis’s taunting of the crowd. Two police officers were among those injured.

One of the most interesting matches in Afflis’s career came to a start in 1963. Afflis was at a Detroit bar owned by Alex Karras. Karras was no normal man. He was an all-pro defensive tackle for the Detroit Lions. Karras and Afflis began talking about wrestling when Afflis made a challenge. Karras quickly accepted, but Afflis tried to have it that night in the bar. Police were called in after Afflis attacked just about everyone and everything in the bar and on the streets outside the bar.

The match made headlines across the nation, and some 16,000 fans flocked to the Detroit Olympia on April 27, 1963. Afflis got a wide cut above his right eye during the bout, but the pain just angered Afflis more. Some eleven minutes into the match, Afflis was able to roll-up Karras up for the win.

Afflis would go on to win the AWA Tag Team title with a number of partners before ending his career in Detroit and Canada in the late 1970s.