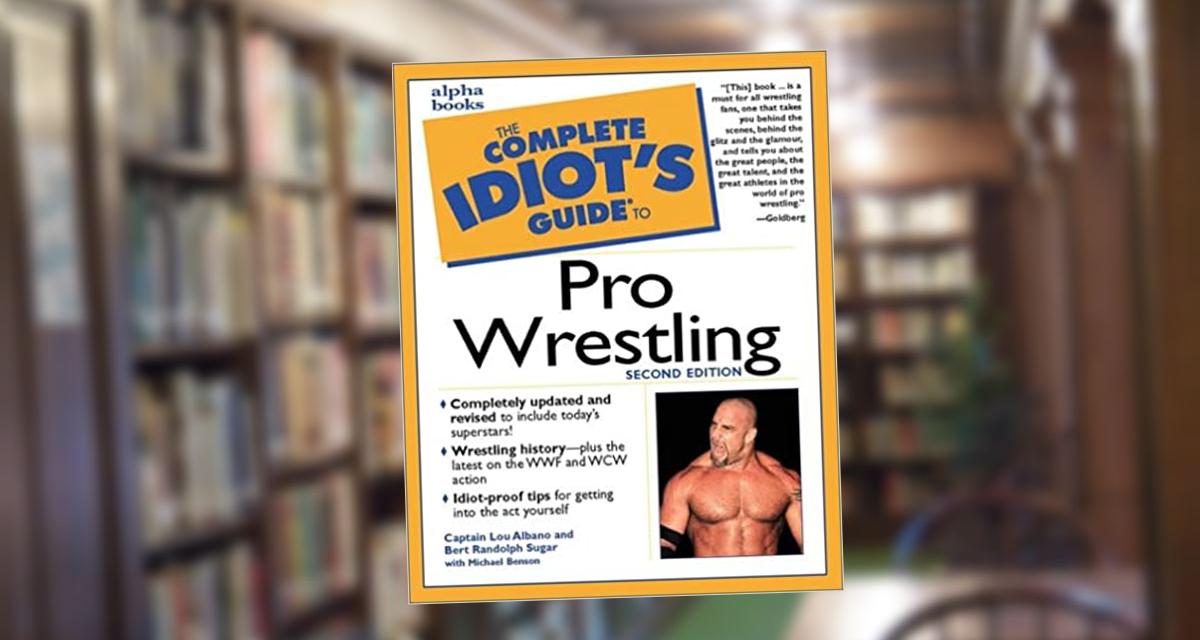 It’s no news that wrestling has once again become the thing to watch. Not since the mid-80s has pro wrestling been more popular, capturing mainstream attention and new fans daily.

Sure, there are diehards, those of us who watched wrestling long before Steve Austin made it cool. The ones who remember Jesse Ventura as part of the East-West Connection rather than as Governor of Minnesota. Those of us who watched the Funks and Briscos, not just heard about these legends in Ric Flair’s pre-Superbrawl interviews. Those of us who stuck with it through the Goonies video, the Black Scorpion fiasco, and the T.L. Hopper debacle, despite being derided and ridiculed by our friends and family for watching “that lame, fake, baby stuff.”

But for the most part, today’s wrestling fans are new wrestling fans. People who follow wrestling because it’s the new flavour of the month. Those who are fully versed in the Book of Austin, but think Bruno Sammartino is the name of Joe Pesci’s character in Goodfellas. People who think that wrestling began with the formation of the Outsiders, and that… well, you get the point.

For both of these types of fans, I suggest The Complete Idiot’s Guide to Pro Wrestling. A 1999 publication, co-authored by the legendary Captain Lou Albano, this book details the industry of pro wrestling with little if no holds barred.

The Guide explains the various concepts of the pro wrestling industry in great detail, using simple, clear language in a logical presentable manner. As with most “Idiot’s Guide” books, the authors illustrate their points with interesting historical tidbits and illustrative examples, making it an easy, enjoyable read.

The book chronicles pro wrestling from its carnival ground infancy, to the billion dollar industry that it is today. Every aspect is covered, from the organizations, the personalities, the theatrics, and the athletics. Sprinkled with first-hand experiences of Captain Lou, the book is an informative and entertaining look at the entire essence of pro wrestling.

Fans, both new and old, will appreciate the look at stars of yesterday and today. For newer fans, it will introduce them to the career history of some of the current big names: Hulk Hogan, Sabu, and Austin, for example. For long-term fans, the book brings back fond memories of the legends and heroes: Verne Gagne, Killer Kowalski, Eddie Gilbert, to name a few. Many stars’ career highlights are written about, and some classic feuds are revisited in blow-by-blow detail.

The book is fully comprehensive, and contains sections about standard gimmicks and characters used throughout the years, women and midgets, the role of managers, the history of tag team wrestling, and much more. Where applicable, the book uses charts and tables to provide additional information in a logical presentable manner (eg: a listing of wrestlers’ favourite finishers). As well, the presentation of the entire package is discussed, from a list of Pay Per View shows, to a section on the fans and the evolution of their role in sports entertainment.

One minor complaint about the book is that its discussion on wrestling today concentrates mostly on the WWF and WCW. Although other promotions are mentioned, this is done chiefly through a listing of names and inclusion of some independent stars in the colour picture insert. I feel that the discussion of these promotions, notably ECW, could have been expanded upon. However, given the mainstream success of the WWF and WCW, it is not surprising to see that they get the lion’s share of the ink.

Another minor annoyance I experienced is that the book is about 6-8 months behind the times in terms of story lines and in its discussion of rosters. For example, the book names Rocky Maivia as the leader of the Nation of Domination, and still lists Bam Bam Bigelow as a part of ECW’s lineup. However, given the day-to-day changing environment of the pro wrestling scene, such a lag is understandable, considering the time it likely took to edit and publish the book. Realizing this information lag, the authors offer a helpful section on wrestling websites, radio shows, and other resources for readers who wish to remain current with story lines and follow their favourite wrestlers from fed to fed.

Along with sports-writer Bert Randolph Sugar, Albano has put together a fully comprehensive resource for anyone who follows pro wrestling, from newbie to diehard. Minor complaints aside, the book is an enjoyable read, and would be a good addition to the bookshelf of any fan of sports entertainment.