Triple H on booking WWE: ‘It comes with a great responsibility’ 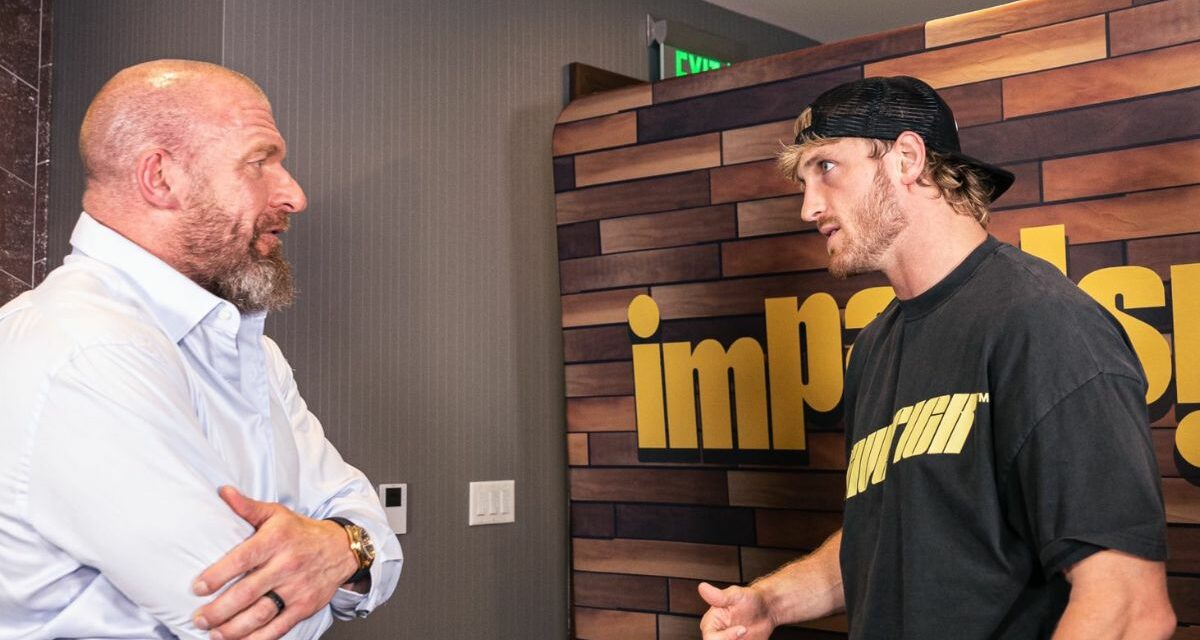 On a WWE quarterly conference call on Tuesday, Paul Levesque, as head of WWE creative, laid out some of the plans for the promotion, both with its plans for storylines as well as finding future wrestling stars.

Here’s a transcript of what he said:

I’ve had the good fortune to work in this business for over more than 30 years, whether on screen, at the office in the writers room, at the Performance Center and many of those at the same time. Whenever the opportunity was available, I always took it. I always wanted to learn the behind the scenes, the why we did what we did.

So I can apply those learnings and become the best talent I could possibly be.

In my new role leading creative and talent, it comes with a great responsibility. But I am incredibly confident that we have the right team in place to succeed. Part of that mission is orchestrating storylines and creative that appeals to our existing fans, and helps us grow the WWE universe along the way. It’s early days, but we believe that you’ve seen some initial signs of this positive momentum.

At SummerSlam last month, Brock Lesnar drove a front loader out during his entrance and at one point in the match, he picked up the ring with the tractor and raised it 15 feet in the air, which sent his opponent Roman Reigns tumbling to the floor. And as I’ve mentioned, I’ve been in this business for a long time. I’ve seen a lot, but I’ve never seen anything like took place that night at SummerSlam. And our fans responded. You saw it on the faces of the 48,000 fans at Nissan Stadium. You read their reactions on social media when SummerSlam was trending number one worldwide on Twitter. That moment alone surpassed 20 million views across all social platforms within 48 hours alone.

We want to continue to create these moments and memories that will last a lifetime. And we will get there by writing compelling storylines for the most intriguing characters.

And then on top of that, developing new talent.

Talent is an area where this company has a renewed focus.

Last December, we launched our NIL program that sought to identify the next generation of superstars from collegiate athletics. In the nine months since its launch, we’ve signed over 30 D-1 athletes. This list includes All-Americans, national champions, and even Olympic gold medalists.

Our NIL program has been recognized as an industry leader. This past June, WWE’s Next In Line was named Best NIL program at the inaugural NIL Summit, and in July took home the the same recognition at the #Sports Awards.

Outside of NIL, we’ve taken steps to make our talent development pathway more robust in an effort to attract a younger and more diverse group of athletes at scale.

At WrestleMania 38 in Dallas, we held our first ever all-collegiate athlete tryout. We had over 50 individuals — whittled down from hundreds — try out over a three-day period. We executed our second such tryout in Nashville, leading up to SummerSlam, which by the way, saw a cameo and viral moment from NBA champion Dwight Howard — if you haven’t seen, I highly recommend it.

Through the first half of this year, we’ve signed nearly 50 new developmental talent at an average age of 23. The quality and depth of our talent pipeline is as strong as it has ever been. We continue to find new, innovative ways to recruit and develop talent across the globe, which is core to our growth and reflective of our expanding fanbase.

And that fanbase turned out for us last week at SoFi Stadium in LA as we held our kickoff event for WrestleMania that will be held at that same stadium on April 1 and 2nd next year. When we opened up ticket sales to the event, we saw the most successful first day sales in WrestleMania history. Over 90,000 tickets were sold within the first 24 hours, more than any event in WWE history, and a 42% increase over first day sales for WrestleMania 38 at AT&T Stadium in Dallas. We are at roughly 80% for an event that is still eight months away. And we have yet to announce a single match taking place on either night. In 40 years, we have never sold that many tickets to WrestleMania that quickly. And with those record numbers, we are tracking towards sellouts with passionate fans at SoFi Stadium for both nights.

It is an amazing time for us and I look forward to the next steps. 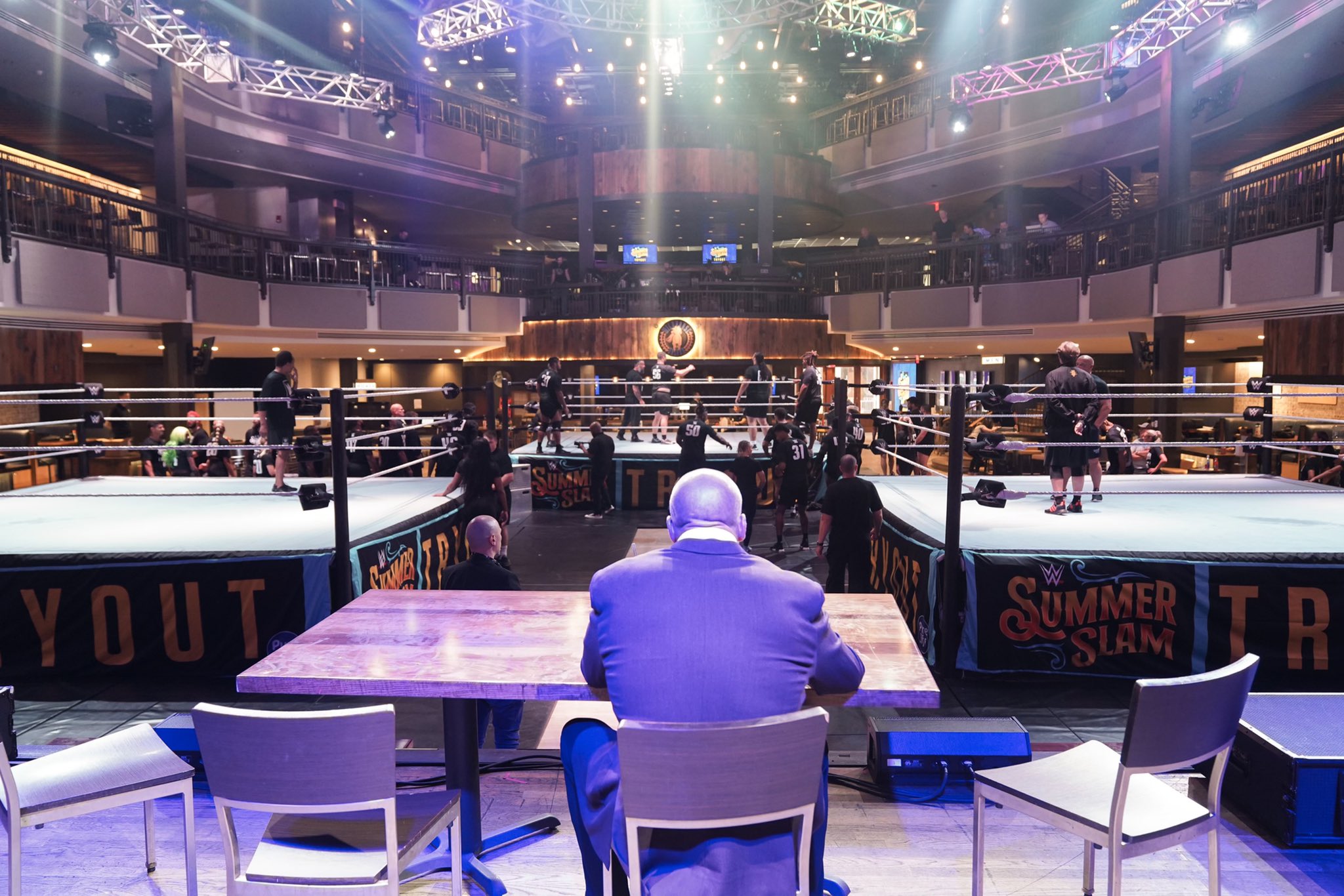 Later in the call, he was asked a question from an analyst, “As head of creative, what opportunities do you see to refresh and improve the product? And what changes should fans and investors look for as your product evolves over the coming months?” He responded:

I think the opportunity in front of us is massive and as a great man once told me first day on the job thinking. And that’s what we’re doing here is first day on the job thinking for me. I’ve been doing this for a long time from a behind the scenes of creative, since really almost the very beginning of my career here with WWE, but I’m approaching it from a first day — what is working? What isn’t working? From the overall picture all the way down to the smallest of details, and really trying to create from there.

It all comes down to the same thing that it’s come down to since the beginning, is creating iconic characters, putting them in amazing storylines and fantastical storylines, and whatever works for those characters the best, and then running with it and watching how fans react to that along the way.

The rest of the WWE earnings call is detailed in a separate story: WWE investor call: Lots of money talk, little Vince.