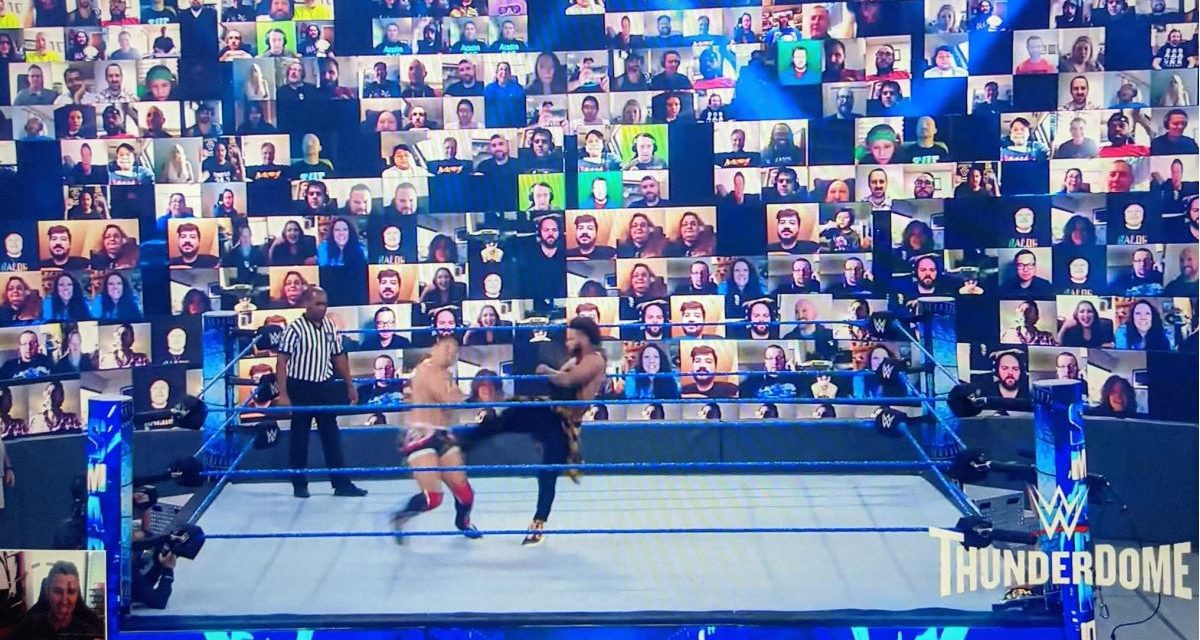 Are you ready for the Thunderdome? Tonight’s the night where WWE debuts its special set-up at the Amway Center in Orlando, Florida, where it has set up residency for the foreseeable future.

It was announced that Vince McMahon himself would be appearing on FOX’s Smackdown show tonight too.

The idea is that select WWE fans will be able to be a part of the show virtually. Specific instructions about proper clothing and behaviour has been sent to participants, and there is a Frequently Asked Questions page at WWE.com.

There had been various options considered, including filming this Sunday’s SummerSlam show on a beach or even on a boat, but this longer-term option was chosen.

“I think that when you see the Thunderdome concept, when you see Smackdown, when you see SummerSlam in that environment. I think you can understand why we went in the direction we did. It’s spectacular,” he said. “I think it’s different than anything anybody else is doing out there, the level of it.”

“One thing about Kevin’s team, they never cease to amaze me,” Levesque  said. “Usually when they tell me something is going to be spectacular, and then I see that in person, I’m like, ‘Wow, you completely undersold it.'”