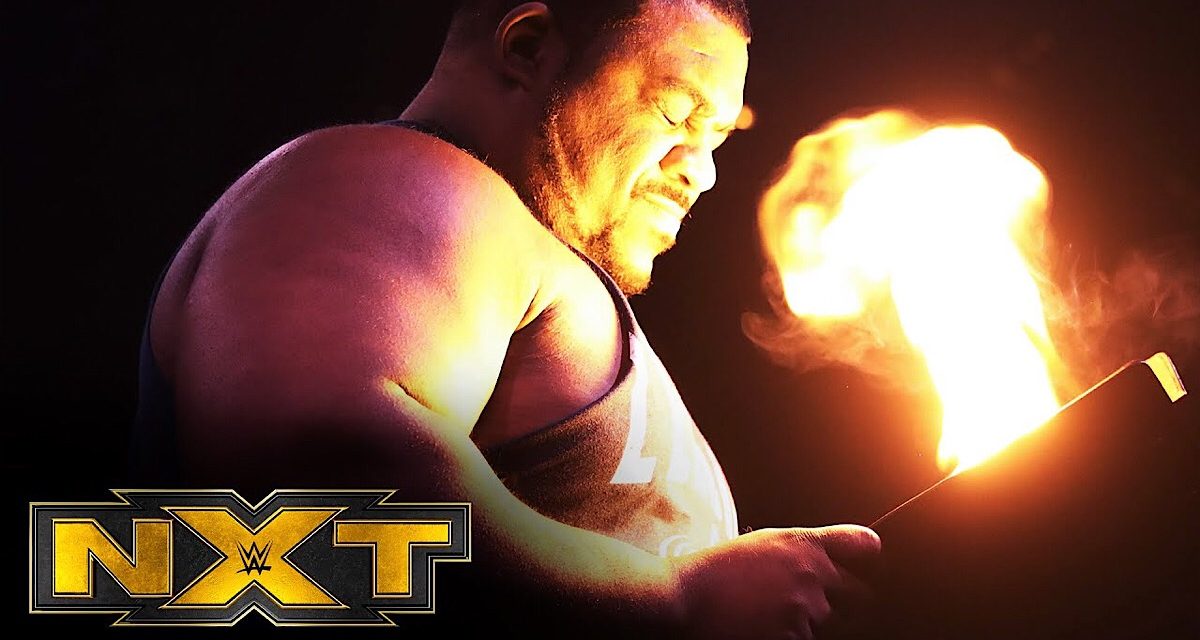 With the yellow brand’s endless depth of talent, everybody is attempting to shine and stand out. And in the process, NXT’s product has reached new heights; things are getting ‘heated’ with Takeover in sight.

Kross and Scarlett’s entrance has so much hype and potency — it’s incredible. But shortly after, Burch charges Kross seeking redemption for last week. He clotheslines Kross outside the ring, but the latter turns the tide. Kross hits an Exploder Suplex and Burch follows with a dropkick and German. However, the maneuvers have no effect as Kross springs back up. The Brit cinches a Crossface which Kross counters into another suplex. Kross knocks out Burch with the Kross Jacket.

The NXT Champion Keith Lee rushes into the ring, a contract in hand. Lee emphatically cuts a promo saying, “My name’s on this, Regal’s name is on this. All it needs is your punk-ass name.” Kross signs…something, scribbling his name without looking at the contract before Scarlett seals it with a kiss.

Lee opens the contract and out bursts a fireball! Officials and medical staff surround the agonized champ as the deadly duo looks on. “Where’s Kross?!” Lee yells blindly. The fabled fireball makes its unforeseen NXT debut. 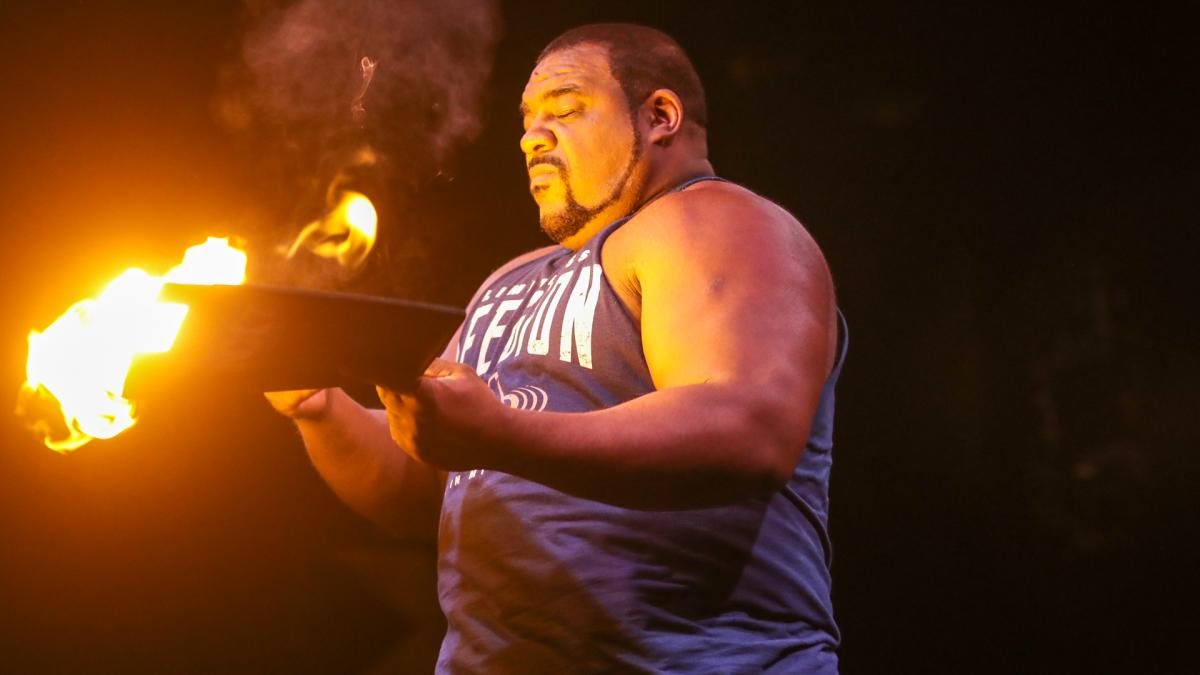 Maverick and Dain begin the match alongside Lee and his medical staff, thanks to splitscreen. Before the first maneuver is even attempted, the broadcast moves to picture-in-picture. This match is a stereotypical middle child — not much attention is given to it. Back from break, camera’s catch The Undisputed Era arrive at Full Sail — the previous point is proven.

Maverick hits an elbow drop before The Undisputed Era storms the ring. They attack both Maverick and Dain, ending this afterthought bout. 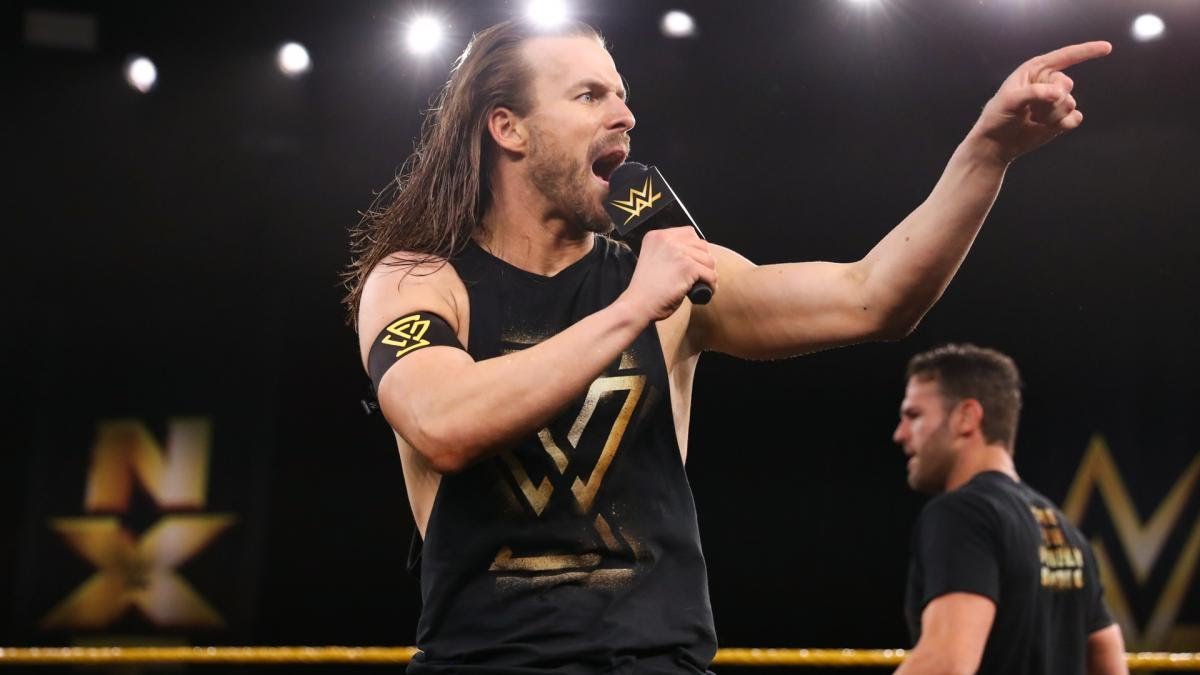 Breeze is ‘all business’ after last week’s attack from Legado Del Fantasma. The Cruiserweight Champion, Escobar, sends his stablemates away: “I’ve got this” he says. Escobar strikes down his opponent and hits a dropkick, followed by more strikes and kicks. On the floor, the champion clotheslines Breeze before commercial.

Breeze fights back and makes his comeback before Raul Mendoza and Joauquin Wilde appear ringside. Taking advantage of the distraction, Escobar hits the Phantom Driver for the three-count.

Fandango, in an arm sling, attempts to attack with a wooden stick. Legado Del Fantasma takes control, but Isaiah Scott makes the save. This segment fell flat without an actual crowd.

A Dakota Kai vignette hypes her Takeover bout against NXT Champion Io Shirai. She’ll need it because the odds are stacked against her.

Keith Lee’s girlfriend Mia Yim is interviewed backstage. She has returned from the local hospital and says, “I have to focus on my match.”

Yim takes wrist control and hits a basement dropkick. She sentons Hartwell for a two-count, and the latter returns with a Sidewalk Slam. Hartwell cinches a headlock for roughly a minute before Yim makes the comeback. Yim makes Hartwell tap with a modified armbar. This wasn’t bad, albeit nothing too special.

A Finn Balor vignette displays some clever writing: “It doesn’t matter if you’re 18, 49, or living in a retirement home. Everybody watches The Prince.” Balor stakes his claim at The North American Championship — and honestly, he should absolutely win it.

Takover’s ladder match qualifiers lock up, and Priest gets the upper-hand with a back elbow. He delivers his signature Karate kicks as Full Sail’s audience members comically sing his entrance theme. The big men are practically equal here before break. 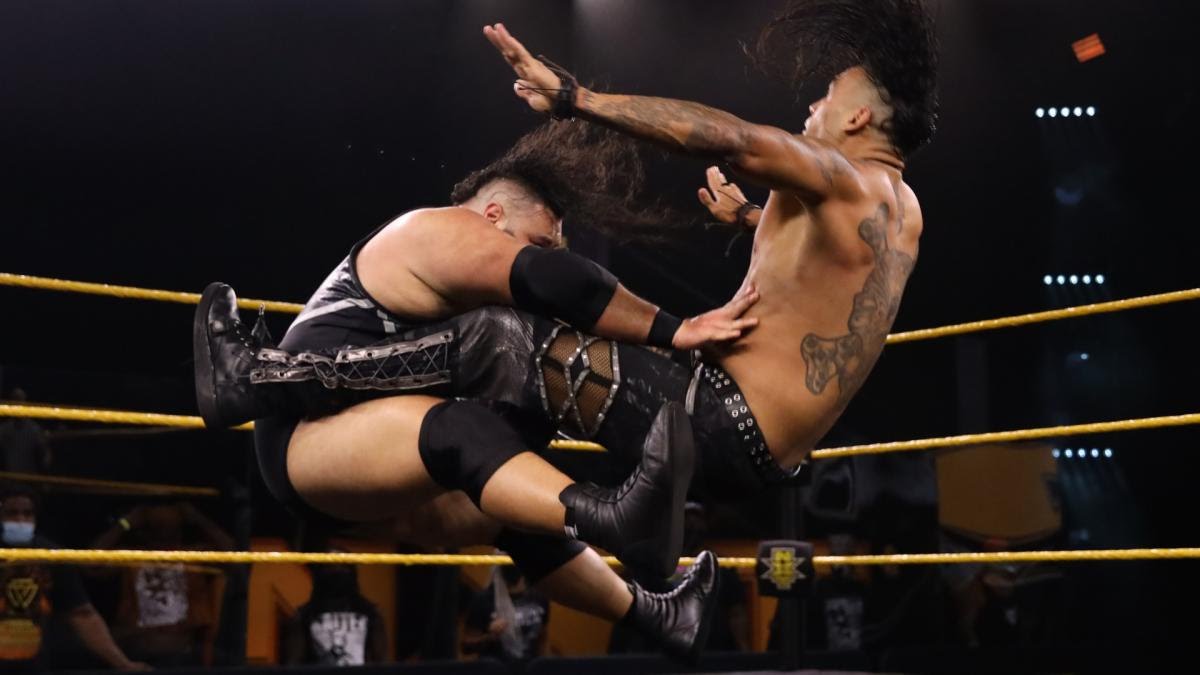 Priest has control, but his opponent delivers an awesome Sky High. He catches Priest in mid-air and follows with a senton. But Priest again throws some brilliant strikes, proceeding with a springboard somersault senton. These two are great! Priest hits a Broken (Falcon) Arrow, and Reed returns with a suplex. The former attempts another springboard maneuver, gets countered, and avoids Reed’s top-rope splash. Priest attempts The Reckoning, but Reed counters with a pinfall-counter. Reed gets the sneaky, astute victory.

Reed signals for The North American Championship — he’ll possibly be the next. But what an incredible showing for both Reed and Priest tonight.

Commentator Mauro Ranallo says, “The action in the NXT Women’s division (is) hotter than a Cardi B and Megan Thee Stallion music video.” Too far, Mauro! Stone, dressed spectacularly in red, takes the mic asking Catanzaro to join The Brand. She responds by stomping his foot and starting the match. The face team delivers some combos, resulting in two-counts before Martinez tags in. The Brand also hits a combo before break.

The Brand works together on Carter, cutting the ring in half. Catanzaro tags in but ultimately gets caught by Martinez’s Air Raid Crash. The Brand gets the pinfall victory. Even NXT’s midcard women’s division is fantastic — take notes, main roster. 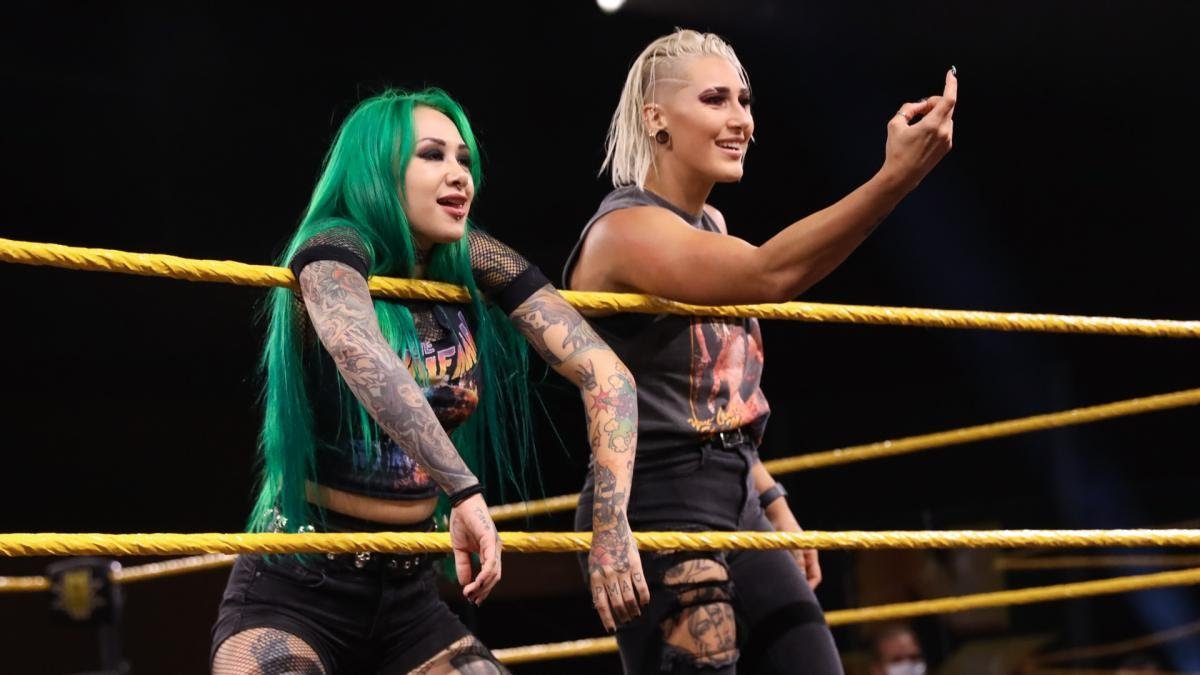 NXT’s power couple, Johnny Gargano and Candice Lerae, present another edition of Gargano’s House. Gargano calls out Ridge Holland, his opponent for next week, and says he’ll be the next North American Champion.

Timothy Thatcher holds another training session. He tortures a student wearing a Finn Balor t-shirt. Maybe Thatcher can regain some legitimacy after getting choked out by Dexter Lumis previously.

An NXT staple, Velveteen Dream makes his triumphant return — he’s been missed! The Japanese slams Grimes hard into the mat, and Dream hits an Axehandle. Dream misses a dive, and Kushida capitalizes with a Tornado DDT before Grimes knocks him off the top before commercial.

Kushida effortlessly takes out both opponents with kicks before Dream superkicks Grimes. All three competitors are floored as Dream axehandles Grimes on the outside. He hits the Dream Valley Driver on Kushida and brawls with Grimes on the outside. Kushida dives onto them before delivering a top-rope arm drag on Grimes. He cinches an armbar and counters Dream’s elbow into another armbar. As Kushida keeps a Kimura, Grimes hits The Cave-In on the former for the victory,

Dream returns to the ring attacking Kushida. As he celebrates and gloats, Finn Balor appears from behind. The two will compete in a last-chance bout next week! 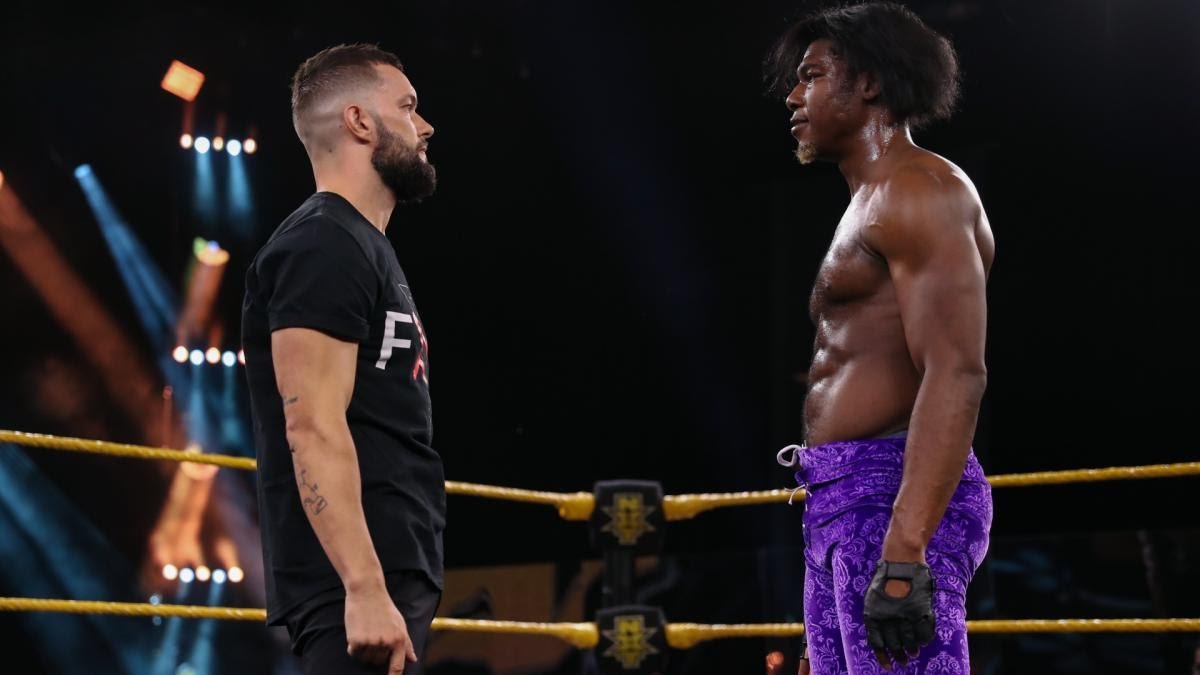