NJPW Strong: Bullet Club gets cut in half 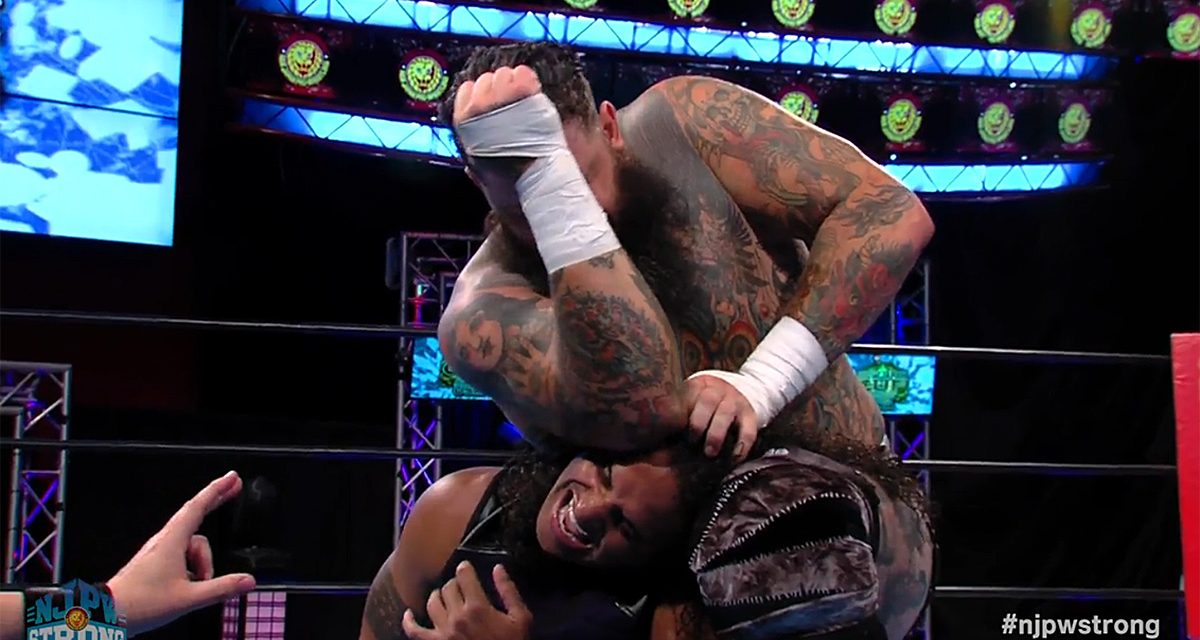 Bullet Club had the advantage heading into the New Japan USA Cup tournament but after round one they have lost half their entrants. The new Japan Strong series got off to…well…a very strong start. If the first episode is any indication this will be must-see wrestling television every week. 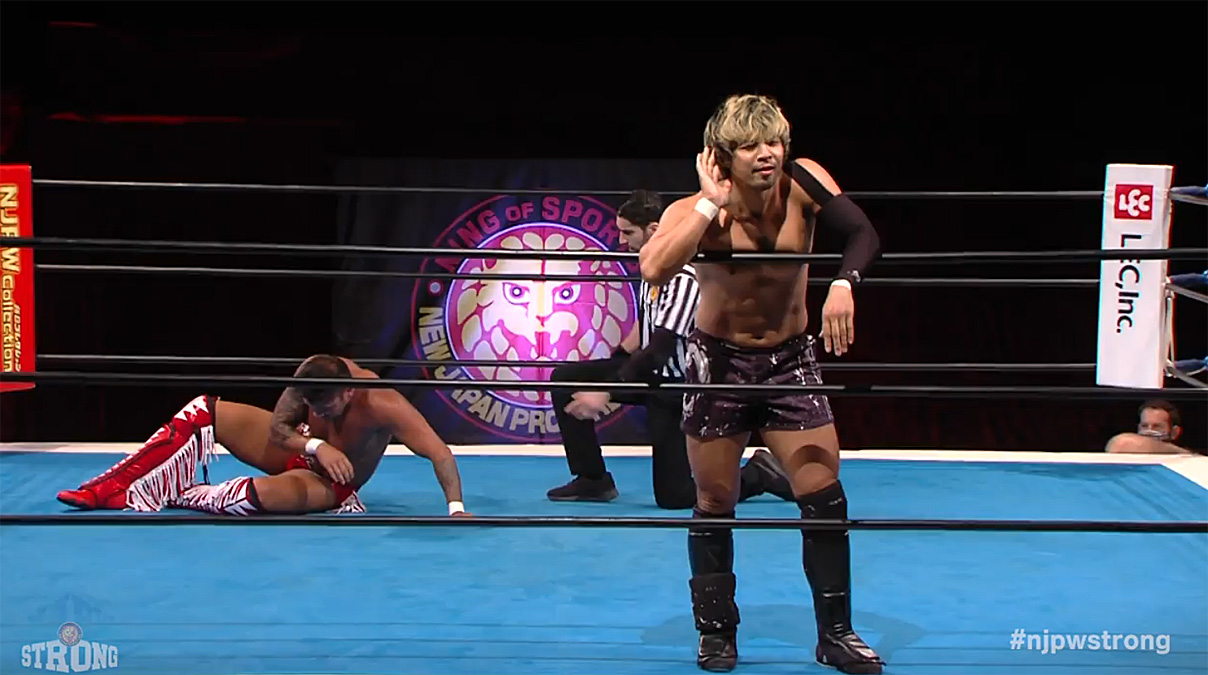 Kenta now has blonde highlights in his hair. He looks a tad different. Fredericks takes over with a flying crossbody. Fredericks goes right at Kenta. It doesn’t long for Kenta to turn things around though. He even buys some time to play around with the non-existent crowd. Fredericks lands chop after forearm smash. Kenta sneers at Fredericks. Fredericks has the strength to kick out of a draping DDT. After a series of near falls by Fredericks, Kenta fells Fredericks with palm strikes, a PK and Go To Sleep. 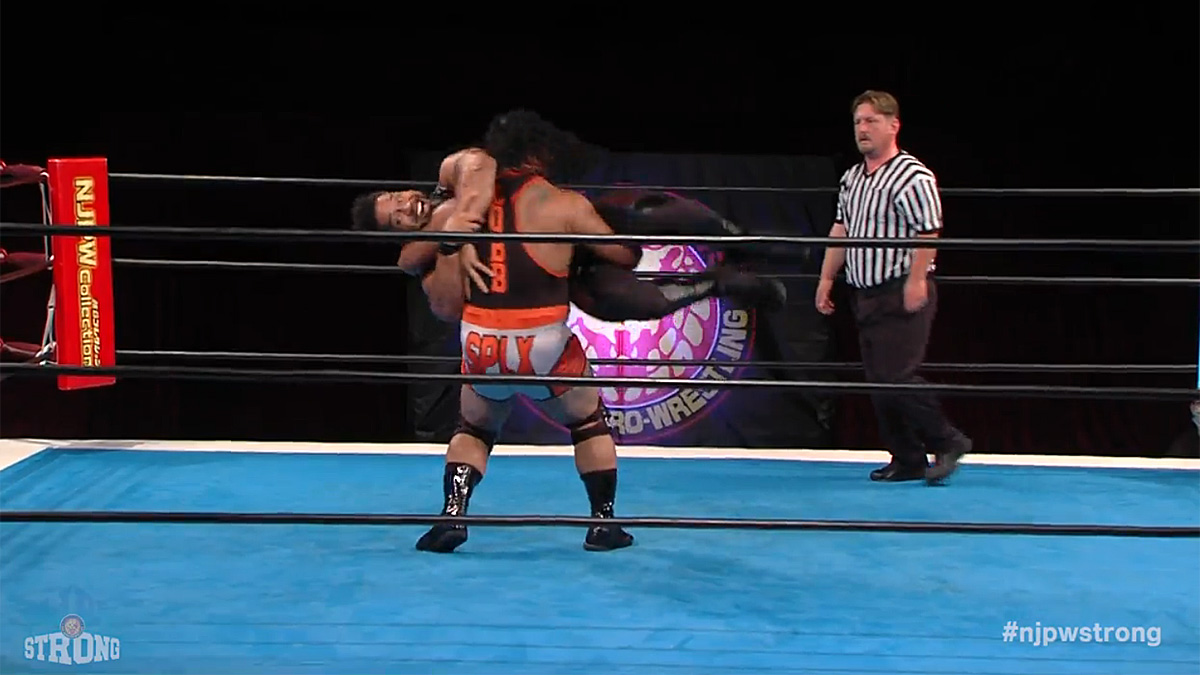 Tanga Loa comes down to the ring wearing a mask signaling to everyone that they should be wearing one too. A bout of powerhouses and a test of strength in every way. Loa bounces off the ropes but cannot shoulder tackle Cobb down.

Cobb obliges. Loa doesn’t move a muscle. Loa feigns running to the ropes. He lowers the boom with a forearm to the back instead. This fires up who charges right through Loa with three shoulder tackles.

Cobb hits Loa with a forearm smash. Loa laughs cracking Cobb’s skull with a head butt. Cobb ignores the official as he lays in chop after chop driving Loa back into a corner working him over.

Cobb German Suplexes his way out of Loa’s Ape S—t finisher. Tour of the Islands. 1. 2. 3. What a great effort from both men with Loa showing his impressive singles skills. Some of his attitude, mannerisms and humour reminded me of The Rock. Seriously, it did. 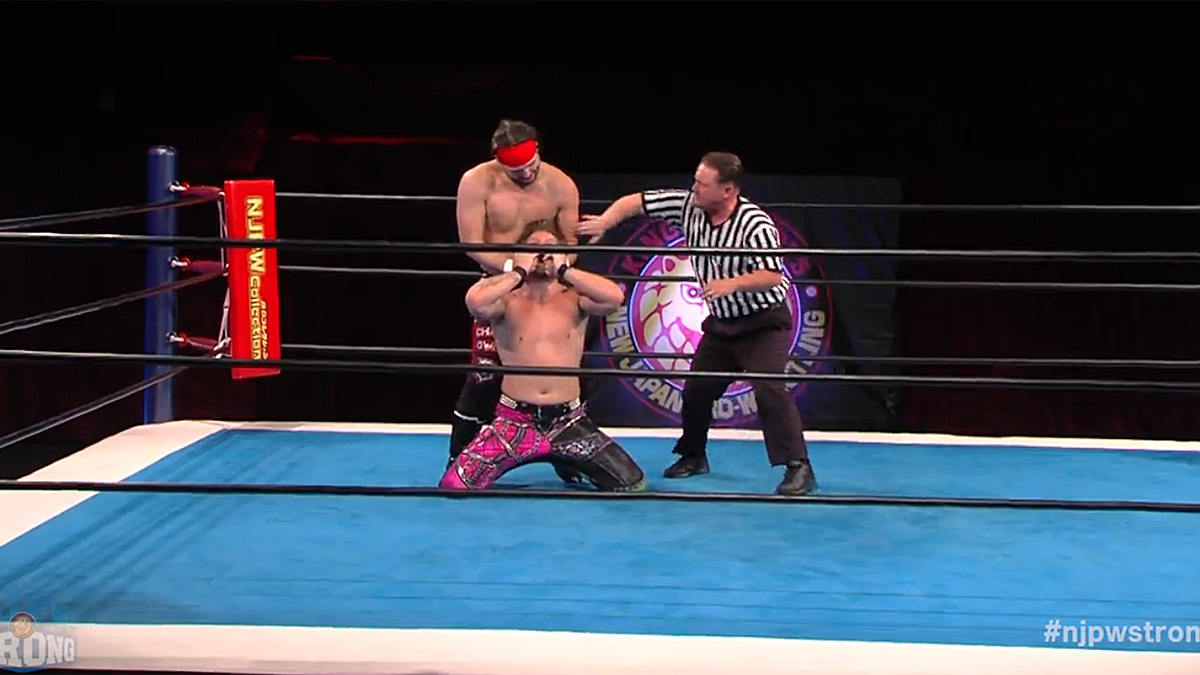 Both Finlay and Owens look to be in great shape. The match begins at 120 mph with Finlay clipping Owens with a drop kick. Owens infuriates the official and the announcers when he snaps Finlay’s throat into the ropes. I really enjoy Owens having a lot of old school moves in his arsenal. Owens pulls Finlay by the trunks throwing him out of the ring. A drop kick knocks Finlay into the ringside barrier. Back in the ring, Owens slaps Finlay in the face.

A back elbow from Chase echoes in the empty area like the snap of a tree branch. A slingshot backbreaker off the ropes on Finlay has the official counting two. Finlay halts a Package Piledriver with a simple backdrop. Finlay pins Owens with his corner springboard stunner.

“What the hell is that?” says Tonga to the official. When he looks away, the sneaky Tonga catches King sleeping with machine gun punches and chops. A Stinger Splash has King reeling. King snatches Tonga out of mid-air, throwing him up into the air. He lands with a thud on the mat. Brody manhandles Tonga around the ring.

Tonga fights off of King’s shoulders laying out the big man with a Tongan Twist. Gun Stun pins King.

You couldn’t ask for a better start to the new NJPW television series. Alex Koslov needs more excitement in his voice but he got better as the show progressed. Koslov used to be Rocky Romero’s partner in Forever Hooligans. He needs to improve if he is going to stand alongside Kevin Kelly.