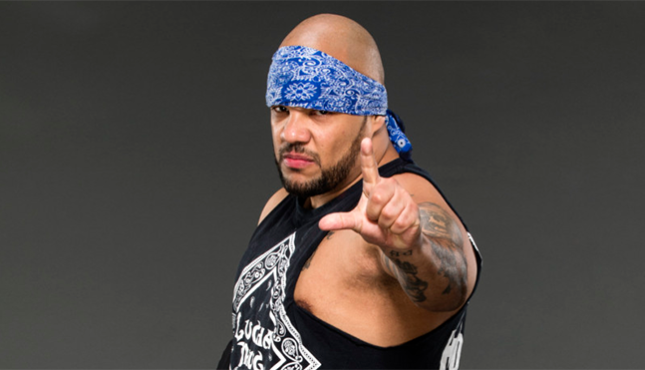 As a kid, Homicide was told he’d never make it in pro wrestling. He was told he was too small and that he wouldn’t make it. Yet even as people around him laughed at the idea of him being a wrestler, Nelson Erazo never let go of that goal.

Now, 27 years after his debut, Homicide, aged 43, continues to make an impact on the wrestling business, currently with Catalyst Wrestling.

Formerly known as Capitol Wrestling, Catalyst Wrestling is a hybrid wrestling company that combines modern storytelling, the ‘do-it-yourself’ philosophy of independent wrestling, and a larger-than-life atmosphere. Based out of New York, its roster includes wrestlers such as Colby Corino, KC Navarro, Carter Mason and, of course, Homicide. It makes sense for Homicide to have joined Catalyst, given that his entire wrestling career has been about becoming one of those ‘larger-than-life’ figures, despite not really fitting that bill.

Homicide’s decision to become a wrestler wasn’t just because he had a dream. It was also due to him wanting to escape his surroundings. He grew up in a rough neighborhood in Brooklyn and ended up with the wrong crowd while still a teenager.

“I dropped out of high school and went with gangsters,” Homicide shared with SlamWrestling.net. “They had all the power where I grew up. Leaving school was real dumb. Education is very important. I had a baseball scholarship and threw that away.”

When he wasn’t involved in gang activities, he was watching his heroes on TV. At first, he was a WWE fan through-and-through, especially after watching Brutus Beefcake and Greg “The Hammer” Valentine take on The Hart Foundation. But that brand loyalty ended on October 28, 1989, the eve of the first-ever WCW Halloween Havoc show.

“I was a Hulkamaniac, but I loved what I saw with the NWA. The match between Sting and Flair versus Terry Funk and The Great Muta was amazing. And I loved the feud between Flair and Funk because I hated Flair. He was the snobby rich guy and Funk represented the blue-collar workers. Watching Funk beat Flair up made me so happy. ”

That love of what he saw translated into a determination to become a wrestler himself. After training with Manny Fernandez, Homicide spent most of his early years working along the east coast, especially around New Jersey. During that time he became a mainstay for Jersey All Pro Wrestling and won its heavyweight championship a record seven different times.

From there, Homicide reached the national stage during his stints with Ring of Honor and TNA. While in ROH, Homicide had a famous rivalry with Steve Corino (father of current Catalyst Wrestling champion Colby Corino) that lasted four years and ended in a ‘riot’ in front of Homicide’s hometown crowd. It was also during this stint that Homicide wrestled against some of the greatest wrestlers of the past 20, including Jay Lethal, A.J. Styles, CM Punk, ‘American Dragon’ Bryan Danielson, and Christopher Daniels.

But to him, his greatest opponent was Samoa Joe.

“I’m the Joe Pesci from Goodfellas of wrestling; I’m small but I got a temper. I fought Joe in a New York versus California, east coast versus west coast feud. Joe’s a big guy and I’m the one that brought the fire out of him. Whenever we wrestled and I made him angry, he became like a dragon breathing fire through his nose. I loved working with him.”

Aside from wrestling all over the United States, Homicide also wrestled genuine wrestling legends from Japan, one of which was AJPW and NOAH wrestler Kenta Kobashi.

“He [Kobashi]’s one of the nicest men in the world and also one of the best wrestlers ever.  He wanted to help the young guys in the business. I’ll always remember our tag match and how Kobashi chopped Low Ki in that match. I felt the chop he gave Low Ki. He is just so good.”

As for what he considers his favorite wrestling moments, Homicide narrowed it down to two. The first one was in December 2006, when he wrestled and beat Bryan Danielson for the ROH World Championship at Final Battle 2006. He was taken aback by how ‘real’ things felt in that moment, especially how the crowd – his hometown fans – reacted to seeing him wrestling for a major heavyweight title. Even CM Punk, who at the time had just been signed by WWE, had come all the way to New York to watch his match. 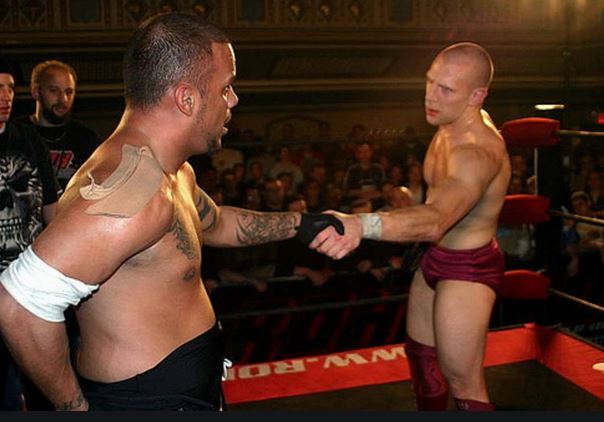 One of Homicide’s biggest contributions to the wrestling industry has been his generosity.  His struggles and experiences have created this almost fairy tale-like rags-to-riches story in which he – a poor kid from a rough neighborhood that was laughed at and told many times that he’d never make it – proved all of them wrong.  And now that he has overcome those obstacles in his own life and career, he wants to extend that helping hand to others.

“I’m a believer of people. I think that anybody can make it [in wrestling]. I feel if you’re a person that is trying to make it and can’t do it, I want to be the guy that can help you.”

Homicide demonstrated that philosophy once before in TNA. Both he and Samoa Joe went to TNA management to protest one of the worse gimmicks they had created for one of its younger stars. That younger star was none other than current New Japan superstar Kazuchika Okada, who was saddled with a cheesy, borderline-offensive gimmick as ‘Okato’, which was based on the Asian sidekick character in film The Green Hornet.

“Me and Joe spoke to the office because Okada was too nervous to speak up. They just gave him a horrible gimmick. I know for a fact that TNA felt really dumb letting him go and how things turned out with him.” 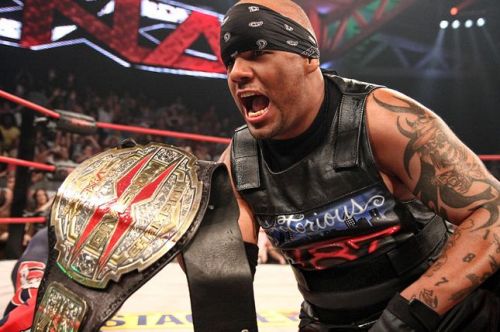 Going forward, Homicide hopes to join his fellow Catalyst wrestlers in creating one of the top wrestling products around. Having already done everything there is to do for himself, Homicide wants this next chapter to be about giving back to others. He wants to become part of the new era and help out in any way he can.

Asked what separates Catalyst Wrestling from the rest of the independent scene, Homicide was straightforward with his answer: “This isn’t the old style of wrestling; it’s a new breed, the new thing right now. It’s quick, action-packed and full of people that are dedicated to wrestling.”