Triple H looks back, and forward to NXT: In Your House 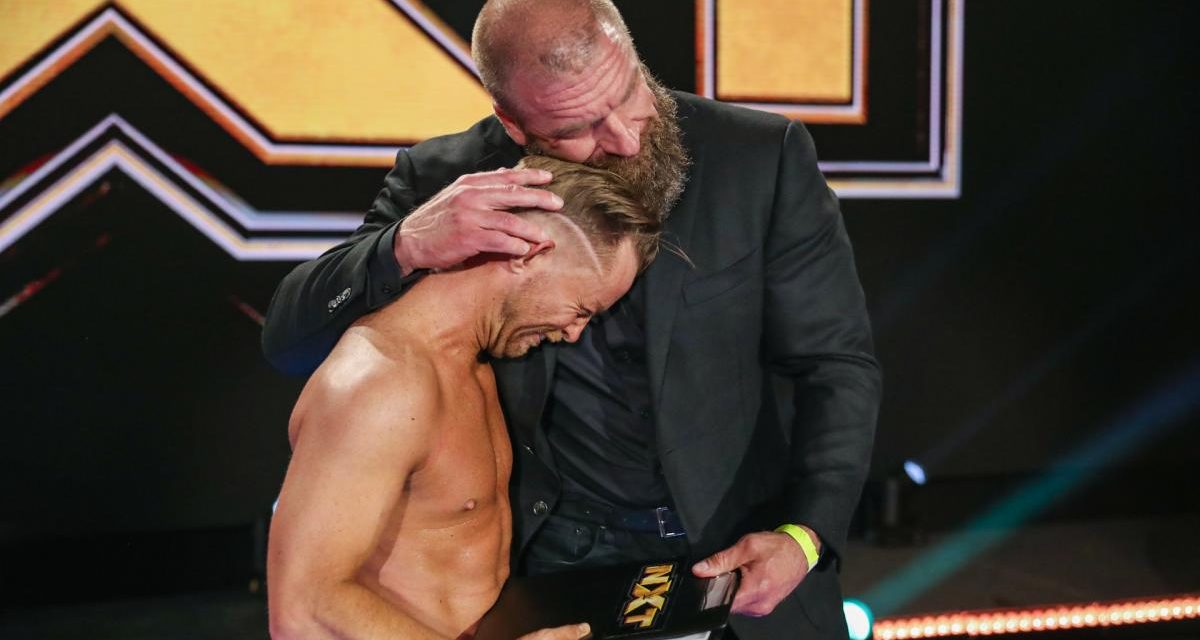 Though the regular media conference calls with Paul “Triple H” Levesque before NXT TakeOver events are meant to look ahead at the show, with Thursday’s call, he couldn’t help but look back, both from the last few weeks of NXT, right back to the early days of the WWE’s In Your House pay-per-views.

This Saturday is NXT: In Your House, mostly live from the WWE Performance Center.

Levesque said that the name for the special on the WWE Network “came about given the circumstances,” referring to the COVID-19 global pandemic that has kept people home. It also ties into NXT being back home in Florida for a TakeOver special. “The conversation came up and it just seemed like the perfect timing for when everybody’s stuck in their house, it’s the perfect timing,” he said.

It wasn’t until after the decision was made to go with it that they all realized that it was 25 years since the first In Your House show, a “happy coincidence.”

From Wednesday night’s NXT, which aired June 3, Levesque was asked about Drake Maverick’s journey from employee to one of the releases to competing in the Cruiserweight title tournament. Though Maverick lost to El Hijo del Fantasma, Levesque came out to present Maverick with a new WWE contract.

“We already had the tournament booked out … and then the releases happened, which are horrible. No one wants to see anybody lose their job, especially in the world right now. A lot of companies around the world are having to make tough business decisions in this moment in time to ensure that they are still there as this continues on. Difficult decisions were made,” he said.

“[Maverick] was given the option of continuing in the tournament, wanted to, and wanted to prove that he could still be here. If you met him or know him at all, he is just one of the most passionate guys and loves WWE, just wants to be here, it’s his dream, the whole thing.”

It was Rocky-like storyline. “Through the process of this tournament, he just captured people’s hearts, he captured their imaginations,” said Levesque. “I’m personally thrilled for him that he’s going to continue to do what he loves doing.”

The previous week, May 27, featured the debut of the NXT Fight Pit Cage, with Timothy Thatcher defeating “The Original Bro” Matt Riddle by submission via rear-naked choke, with Kurt Angle as the special referee.

The Fight Pit Cage “came about organically, the right performers were there with Matt Riddle and Timothy Thatcher, two talents that bring a different style and more ground-based sort of grappling style. Matt Riddle can do just about anything and Timothy Thatcher is such a good technical grappling wrestler and so gritty and tough. That type of environment seemed like the right environment for them,” said Levesque. “We based it off some things from the past, some things that we wanted to see and were able to put it all together. I think it really captivated people. And then, of course, the match delivered, which is always the key to that. I think people were intrigued by it.” He can see it becoming a “signature” to NXT.

But the call was mainly about NXT: In Your House (“something old, something new”), though Levesque had to answer a few questions about down the road too, like COVID-19 testing

At the moment, the WWE is working with local and federal government “to determine what is the best approach for us to take to ensure the safety and the wellness of our performers.” Essentially, he said that means that the company is doing whatever it is told to do by the medical experts.

That includes the recent development that Florida is opening up a little bit more and will be allowing some fans into select events.

“Since the beginning of this, we’ve been looking at all options, trying to figure out just how to navigate all of this. As things have changed, we’ve worked very closely with the government in Florida to make sure that we’re doing everything that they want us to do, expect us to do and then some,” he said.

At no point did Levesque commit to a short-term path. “All options are on the table for us,” he said, explaining they are all still figuring out what can and can’t be done.

“What we do is for our fans and we feel like it’s our duty to—and have felt like that—to continue to deliver for them. They’ve been there for us. We want to be there for them,” he said. “The faster we can get ourselves in front of our fans and back to doing what we do the better—as long as it’s safe for everybody.”

There are six matches on the In Your House card:

Levesque is proud of all the NXT talent and expects great things from them but three matches drew a little extra attention.

The Last Chance Backlot Brawl has already been filmed and we’ll all have to wait to know the result, as if Dream loses, he can no longer challenge for the NXT title while Cole is still champion. “I don’t necessarily like using the term cinematic,” said Levesque, pointing out that wrestling has always had matches like these, away from an arena.

“There will be a ring. This will be what we do but it will be different and in a different environment and shot differently. I think people are going to really enjoy this. It was spectacular,” he teased.

Big things are expected of Karrion Kross, who was Killer Kross elsewhere before arriving in NXT. Levesque sees Kross as “somebody who has just sparked a fire in NXT” and has “garnered everybody’s interest.”

“It’s an opportunity for him to show really what he hasn’t done yet, which is, ‘What does he really bring to the table in ring?’ And against somebody like Tommaso Ciampa, he couldn’t have gone any higher up the ladder. So, I can’t wait to see that one.”

The most praise came for the women’s triple threat match for Charlotte Flair’s NXT women’s title. Levesque said that Rhea Ripley “one of the best 2019s of anybody in the business,” and that he wished that her match with Flair at WrestleMania could have been in front of fans. That would have been her “making moment.” Instead, Ripley lost the NXT women’s belt to Flair. “To me, that loss almost helps her as a character to where she needs to be for the long term arc of who she is.”

Flair floating around each brand but being the NXT Women’s Champion “speaks to Charlotte as a performer” and her commitment to “building up other talent.” He loves her “aura” of being “unbeatable.”

As for third women in the match, Levesque called Io Shirai “one of the most consistent performers that we have, and probably, in-ring, maybe the best female performer in the world, my opinion.”

“They’re going to tear this thing up on Sunday, I know they are.”

But back to Levesque himself.

The biggest laugh of the call—even the moderator chuckled as she brought in the next question—was when Levesque recalled being the blue-blood Hunter Hearst Helmsley competing in an Arkansas Hog Pen match against Henry O. Godwinn at In Your House 5 on December 17, 1995, at the Hersheypark Arena in Hershey, Pennsylvania..

“I have nightmares still about the Hog Pen Match. Those pigs were big and poop a lot.”