This game may help you enjoy watching “Total Bellas”. Better make it a double. 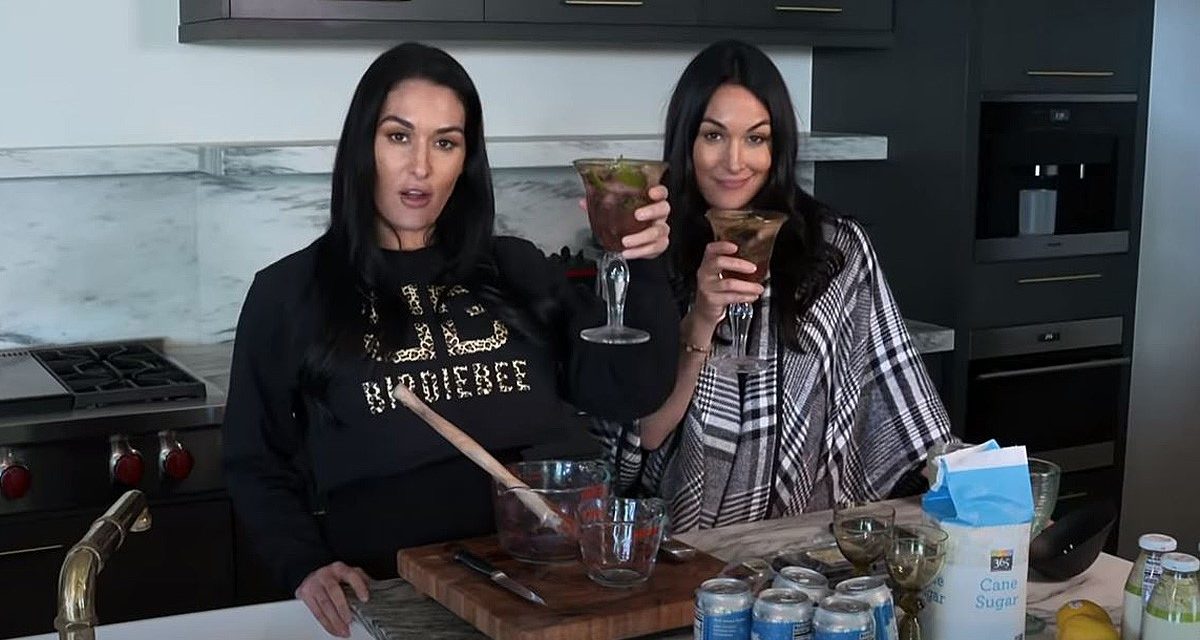 As a writer for Slam Wrestling, the question I get asked most isn’t about my favourite interview or neatest experience. Rather, it’s how I can stomach watching and recapping Total Bellas, the reality show starring former WWE superstars Brie and Nikki Bella. One word: alcohol.

As long-time readers know, I don’t so much review the show, as I do “hate watch” it. I find all of the characters obnoxious and/or annoying – even one of my favourite performers, Daniel Bryan, who’s married to Brie. I find the situations in which the twins find themselves to be too obviously contrived to be “reality.” And generally, I find the show makes me less of a fan of the Bellas, which I didn’t think was possible after having seen their matches.

So, a couple of seasons ago (unbelievably, this show has lasted five seasons already, and an announcement about a sixth is expected), I created a drinking game, to help make watching the show less painful. I’ve mentioned it in some of my reviews, and have sent it out to people upon request.

But now, as a gift to those of you who’ve joined us on our new site, I  present the “Total Bellas Drinking Game” for all of you to enjoy.

Note – though I use adult beverages to play the game, it can also be played with non-alcoholic drinks, so no need to exclude the teetotalers and kids.  If you do use alcohol, please drink responsibly – don’t overdo it, and definitely don’t drink and drive.

————-
Rules:
1) Watch “Total Bellas”
2) Select a category or two from the list. Or, if you’re hardcore, select all of the categories.
3) Take a drink (1 drink = normal swallow, gulp, swig, etc) of your favourite beverage whenever an event listed in one of your selected categories occurs.
4) When your drink is empty, re-fill it. Repeat as necessary.

ONE OR BOTH TWINS