Total Bellas: Brie and Bryan’s doggie dies; they fight about kids and Daniel cries. Nikki moves too fast with guys, and then she tries on bras for size

Well, the world wasn’t in rough shape enough, now comes even worse news: Total Bellas is back for another season. On this week’s premiere, Nikki may be moving too fast with the new man in her life, while Brie doesn’t want a new man (or more precisely, a new boy) in hers. Check out the recap for all the details.

Not 30 seconds into the show, Nikki butchers the English language. God, this is going to be a long and painful season.

Nikki is gushing over her life with her new boyfriend Artem, who was her partner on Dancing With the Stars. She’s aware that people think that the relationship is destined to fail, but she’s not hearing any of it.

At home, Brie takes a pregnancy test, as she promised Bryan to have another child, and presumably with him. Bryan really wants a son, as he wants someone to carry on the Danielson name.

At home, Nikki gets the plans for the new house she’s building in Phoenix next door to Brie and Bryan. Artem’s worried that once the house is built, she’s going to leave, and their future together is uncertain.

Brie’s test comes back negative. And then Bryan and Birdie make fun of Brie’s bowel movements. If you had this show in your Emmy Awards betting pool for Best Reality Program, sorry to say you’ve lost.

At home, Nikki wants Artem to speak Russian to her, and then they compare notes about their previous marriages before having a romantic meal together.

Two days later, Artem gets the news that he was fired from DWTS, and he’s understandably bummed out about it. As this leaves him broke and homeless, Nikki suggests he move in with her.

Back in Phoenix, Artem joins the twins on their podcast to talk about his firing. On the show, Nikki makes it public that she wants him to come move in with her, and he accepts the offer. Brie isn’t too thrilled with this development because she thinks that it’s too early in the relationship for that to happen, but the real reason is because they need to pad this episode — and presumably this entire season — with fake drama.

The three of them take a tour of Nikki’s new house-in-progress. Nikki is thrilled that this is her dream house that she’s worked so hard to achieve. As Artem explores the premises, Brie pulls Nikki aside and asks her if she legitimately wants Artem to move in with her, or if she’s only doing that because of Artem’s job situation. Nikki says she really wants it and the only agenda is for her relationship to flourish, but Brie thinks she may be making a mistake.

Later on, the girls go to New York for the launch party for their new N&B cosmetics line. But before they do that, they go for a bike ride and picnic in the park. Over lunch, they talk about their busy schedules, and Brie confesses that she’s reluctant to have a second child, because she doesn’t want to give up her professional pursuits.

The next day, they go to a Russian tea house with some friends, and they talk about the sexual prowess of Russian men and the friends teach Nikki some Russian swear words. When Artem calls Nikki, he says that she should learn Russian for when she meets his mother — a comment that both twins immediately pick up on. Brie again questions whether or not Nikki is making the right move, and their friends also find her decision to live with Artem to be a rash one. Some of this starts sinking into Nikki’s thick skull, as now she’s second-guessing her decision.

A few days later, Brie is visiting Kathy (the twins’ mom), and they go to Brie’s baby doctor to find out why she’s not getting pregnant. She tells the doctor about the pressure she’s under to have a boy, and the OB/GYN says that the stress may be what’s preventing things from happening. Kathy asks Brie if she’s really committed to have the child, or if she’s only doing it to placate Bryan. Brie’s not so sure.

Brie gets the word that her and Bryan’s dog Josie has died, and she’s devastated. Bryan too, and he openly sobs during a talking head segment, noting that she was the first child in the family and had been there for so many significant moments in their lives.

As a result of the dog’s death, Brie is reluctant to talk to Bryan about her concerns about having another baby — she thinks he won’t be able to take such disappointing news after their big loss. The next day, Bryan can barely pack his suitcase because he’s an emotional wreck about Josie. He and Brie reminisce about her, and the conversation turns to how much he relied on her to fill the void when Brie was away doing work stuff. Brie gets it… but then does a complete heel-turn and kicks him while he’s down by dropping the news that she doesn’t want another kid.

Bryan feels blindsided by this, noting they can’t have a meaningful discussion about it, because he has to fly out for the tour. But Brie says there’s not much to discuss — she doesn’t want a second child, and she wants him to know it. She explains that she doesn’t think she can do justice to a bigger family with everything else she has going on in her life. He’s really upset about it, and they exchange some tense words before he has to leave.

Nikki and Artem go to a lingerie shop where Nikki puts on a boobie show for him, and he sits there like a 14-year-old looking at his first Playboy magazine. She models a number of skimpy outfits for him — and maybe I was wrong about that Emmy Award… this is great TV.

She uses this opportunity to ask him if he thinks they’re moving too fast, because she wants to know if she’s way out of line like her friends think. He didn’t think so, but because she asked the question, he takes this as a sign that she might be thinking that, and says that if she’s not feeling it, then maybe he shouldn’t move in. What’s hilarious about this supposed poignant and pivotal moment in their relationship is that he keeps stealing glances at her cleavage during this whole conversation.

In a talking head segment, he wonders if she’s just playing with his feelings by first suggesting they move in together, and now questioning it. He says he’d rather be with her, but she says that living apart may be a good test of the strength of their relationship. And he finally realizes that she’s a train wreck of a girlfriend, but the power of her boobs is apparently strong enough that he doesn’t cut and run. Rather, he says they’ll make it work long distance.

While on the road, Bryan is still sad that he and Brie have diverging views on the baby question. He notes that it’s hard to communicate about those kinds of major matters while they’re physically separated.

When he gets home after his tour, he apologizes for reacting so harshly, and she apologizes for dropping the bomb on him right before he was about to leave. They acknowledge that emotions were high because they had just lost Josie, who was a great emotional comfort for Bryan. But he says that with everything they have going on, he understands, and agrees with, the decision to not have a second child.

But in a talking head segment, Bryan reveals that he really does want a second child, and he’s sad that Brie doesn’t. And there’s the drama for the rest of the season. We’ll be here to cover it all — hope you stick around for the ride.

Bob Kapur likes boobies and doesn’t want kids either. Quite the catch, eh, ladies? E-mail him your lingerie shots at [email protected]. 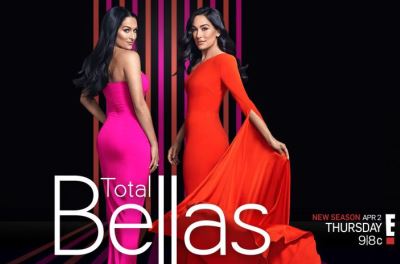