Risen from the ashes, Meave O’Farrell back in action

Sometimes, you have to step away from your passion only to later realize how much you love what you do. And sometimes, the return is even more rewarding than when you first began your journey. It’s certainly the case for “The Phoenix” Meave O’Farrell.

Since her comeback in May 2019, O’Farrell has risen from the ashes and taken the Quebec independent wrestling scene by storm, even catching the attention of the WWE.

O’Farrell decided to take some time away from the ring to pursue another area of interest, which involves human artifacts and cultural landscapes.

“I had the opportunity to go to university and study archaeology, which meant I had to be away from home,” O’Farrell told SLAM! Wrestling. She wasn’t certain if she would be able to do both simultaneously, forcing her to take a break from wrestling. After obtaining her degree, however, wrestling was all she could think about.

“I started realizing how much I missed it so I instantly decided to get back into it.” 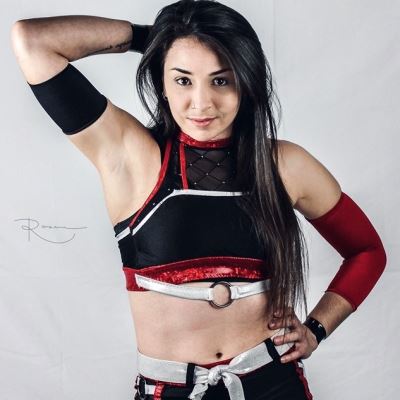 The young Quebecoise was only six years old when she first discovered the squared circle, as she used to watch the WWF superstars on television with her father and two brothers. It was never something she planned on pursuing. It was only as a teenager when she started to get the itch to be in the ring.

“My brother was wrestling for a local promotion called Sherbrooke Championship Wrestling and I went to go watch their very first show,” she said. “I just fell in love with it.” O’Farrell participated in theatre in high school, and it was the acting aspect of wrestling that excited her. “I decided to give it a try and I started training with the boys of SCW.”

At the age of 16, she didn’t start out learning the basics, despite never having been in a ring before. “The promotion made everyone train two days a week, so I trained with the veterans right from the start.”

She said it helped her learn a lot very fast, even if she was one of the guys’ little sisters. The Phoenix was only one of two girls at Sherbrooke Championship Wrestling but she didn’t start wrestling females until she was 18 years old. “Everyone was really cool with me and it was a special experience for me.”

Last year, she had another memorable moment when she made history with another promotion.

Within weeks of her return to action, O’Farrell captured the first-ever Federation Canadienne de Lutte Women’s Championship. “This promotion has been around for more than 30 years and before then, there was never a women’s championship,” she explained. “The championship was created the same year that I returned to wrestling. The fact that I won it made me very grateful and it was an honour to hold it.”

This is not be the only belt she has held since her return to wrestling.

O’Farrell was one half of a duo that captured the NSPW tag team championship. Her partner was none other than the plaid-wearing Montreal-based grappler, Tomas Dubois, also known as part of Tabarnak de Team. Both of them just happened to have a rivalry with another team called The Untouchables from Quebec City. “They were the current champions, so [Thomas and I] were paired together to see if we would be able to do something about it, and we did,” she said confidently. Having wrestled in as tag team and as a singles competitor, O’Farrell did admit that she prefers to be solo.

“I do like both of them very much, and although they do have their pros and cons, I would like to be in the ring by myself.”

All of the hard work she has put into her career led her to catch the attention of the company she used to watch on screen as a child. 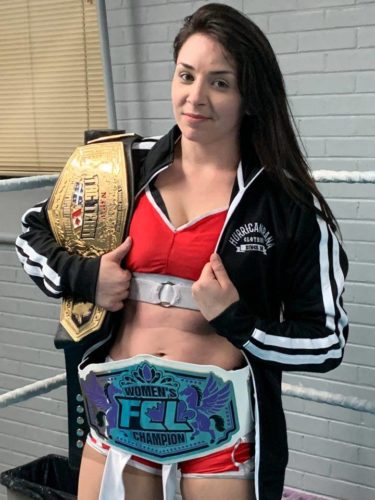 In August 2019, O’Farrell was granted a tryout with the WWE. She revealed that it was one of the best learning experiences she’s had as a wrestler. “You get to see a real WWE ring, you get to see Mr. [William] Regal up close and NXT trainers giving you tips.”

She learned so much in those two days in Toronto, but she was also thankful so meet so many wrestlers from all over the country. O’Farrell never expected that the WWE would call her name. “It was just something that came out of nowhere. I’m almost 30 years old and it just wasn’t something I was aiming for.”

Later in February, The Phoenix will be at Femmes Fatales 23 in Ottawa, a promotion she has always enjoyed performing for. “They always have great shows and it’s another opportunity to meet amazing women from all over North America,” she said.

Although she has already met some, she hasn’t had the opportunity to meet them in the ring. “It’s a huge honour to be a part of this roster and to merely be in the same building as some of these women.” Names on the Femmes Fatales show in Ottawa include SHIMMER champion Kimber Lee, SHINE champion Ivelisse, Nicole Savoy, Nevaeh, Veda Scott, LuFisto, and Priscilla Kelly.

Meave O’Farrell will step into St. Anthony’s Banquet Hall in Ottawa for the first time and face a familiar opponent in K.C. Spinelli. You can see her and all of the other talented women at Femmes Fatales 23 on February 21. Tickets are on sale now, visit its Facebook page for detailed information on this event.