Primo Colon along with Robert Roode were suspended recently from the WWE for violating the wellness policy.

For Colon, it hasn’t made much of a difference as the last time he was featured on WWE television with his tag team partner and cousin Epico was on the April 3rd, 2018 episode of SmackDown Live.

According to Colon, he didn’t actually fail any kind of drug test. 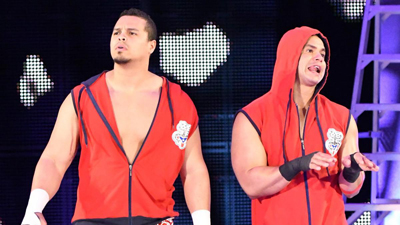 “I am in Puerto Rico when they call me suddenly. It wasn’t to use me but to travel for a doping test. I was ready to do it but I told them that I was in Puerto Rico and that I was willing to go to a place that they chose to test me without any problem. I was not going to pay for a trip to just get tested for doping though,” Primo explained to Primera Hora also revealing that his contract with the WWE ends in October of next year.

Primo says the WWE never gave him instructions on where to go to in Puerto Rico to be tested, which he was perfectly willing to do. The next follow-up was two months later when he received news that he had been suspended.

What troubles Primo about the entire situation is that some fans may have jumped to the conclusion that he failed a drug test which isn’t the case at all.

“They (the WWE) usually do their doping test at events. Someone appears to collect the urine of fighters, employees and referees to do their evaluation once a month. I was in Puerto Rico. I have to clarify that because my reputation is worth more than any check,” he stated.