I’m not going to lie — with the Houston Astros playing in Game 2 of the World Series tonight, it’s going to be tough for me to concentrate on this episode of AEW Dynamite from Pittsburgh. But I will persevere, and hey, that’s why they invented streaming and second screens. Let’s head to the Petersen Events Center, live on TNT.

Even though they strain the suspension of disbelief with the amount of time it takes to set them up, there’s no question that some of Private Party’s double team moves are spectacular. Jim Ross and Tony Schiavone weave the narrative of this match as a question of whether they might make a critical mistake since they aren’t as experienced as the Lucha Brothers. That’s not a bad way to go, and the live fans are into this just due to the total, nonstop action. Heh. The Lucha Brothers win after plenty of aerial maneuvers by all involved, moving on to the final next week.

Most of the AEW vignettes have been pretty great so far, but this one for Wardlow is pretty run of the mill. That’s OK. Can’t win them all. The announcers tell us that Christopher Daniels will be out 6-8 weeks with a pinched nerve, which makes a nice segue into his teammates hitting the ring.

A quick Dark Order video plays but it’s mostly clips of J.R. and company reacting to them. Speaking of reactions, the fans come to life as Chris Hericho and his Inner Circle flunkies walk through the crowd. Jericho looks like he has … luxury box tickets? He could probably just walk up there if he wanted. This is the longest match Dark Order has wrestled in AEW, and it ends in a loss. Lucha Brothers vs. SCU for the belts should be quite good.

There’s a segment of some kind with Cody, but we can’t hear it because it’s side by side with a commercial. OK, cool.

Apparently these gentlemen have been working against each other in non-televised matches as of late. It’s a good chance for Janela to show his stuff in a non-hardcore match for the peeps that only know him from those types of bouts. There’s definitely going to be a crash and burn moment for Janela at some point, and in this case, it’s a somersault plancha onto the apron. The One-Winged Angel arrives to finish off the Bad Boy.

Cody enters the ring for a duel of microphones with Jericho, who essentially goads him into trying to come up to the box to throw down. Problem: There’s four members of the Inner Circle up there, so Cody needs some backup. Dustin Rhodes hits the ramp, followed by MJF, whose scarf earns some scorn from the champ. The foursome is completed by DDP, and Cody’s group heads up toward the box.

The Inner Circle locks itself in the back part of the luxury box, but it turns out MJF’s scarf really is useful — Cody wraps it around his hand, punches through the window of the door, and hauls Jericho out of the back room, setting off a Pier Six brawl that spills into the concourse and features the condiment table and Dippin’ Dots stand coming into play. Hilariously, Jericho yells the whole time that security needs to clear out his attackers because he has a ticket.

Cassidy hasn’t even wrestled yet and is already a favorite of mine. He sort of interrupts the Bucks’ entrance, standing between them and giving them very nonchalant non-superkicks in the shin, but that earns him a double superkick to the face. Rude. There’s some impressive work here from Chuck Taylor, and generally the best showing we’ve seen from Best Friends in AEW to date. With hands still in his pockets, Cassidy goes up top and hurls himself to the floor onto both Jacksons, earning plenty of love from the crowd. In a cool setup for the finish, Matt Jackson flips backward out of the electric chair position to avoid whatever his foes have planned, and the Bucks finish things off from there. They also accept the challenge from Ortiz and Santana for a match at Full Gear.

Now this is more like it for a vignette. Dr. Britt Baker D.M.D. talks about what Pittsburgh means to her as the place she learned to be both a dentist and a professional wrestler.

This is the AEW debut for Hayter, who the announcers put over as Bea Priestley’s tag team partner in Japan. She makes a fine first impression, but you didn’t really think they were going to make Baker job in her hometown, right? Perish the thought as she wins by submission.

Jenn Decker wants to talk to Hayter, but Brandi Rhodes lays out Jamie, menaces Jenn, and then … commercial.

Did Jim Ross just casually mention that Cody is in an on-campus holding facility after the rumble on the concourse? It’s those little things that just get thrown in like it’s no big deal that make me laugh during Dynamite.

While Moxley gets an enthusiastic ring entrance, PAC does not … because he smashes Mox with a chair shot from behind on the ramp. These two have some bad blood (though PAC has bad blood with almost everyone, it’s true) after they came to blows as tag team partners last week. This match has the feel of one that might test the 20-minute time limit as both men have chances to win but time is rapidly running out in the broadcast. Sure enough, the time limit brings this one to an abrupt end, and an angry Moxley takes out his furor by giving the ref the Paradigm Shift. Dude was just trying to do his job. Ah well. See you in seven! 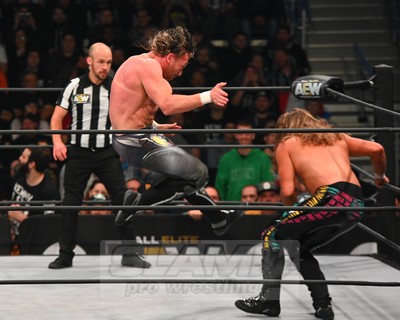 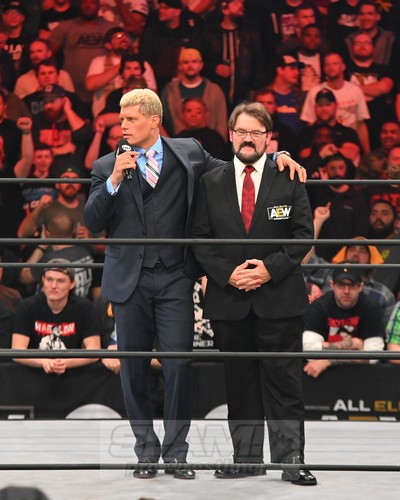 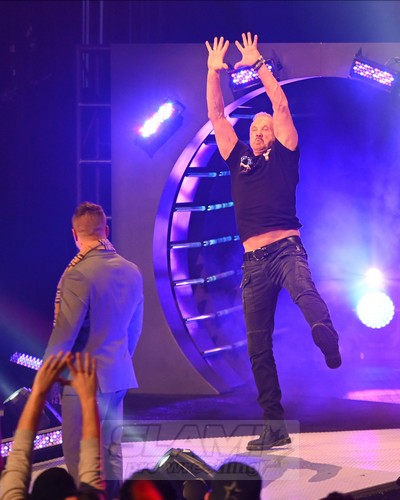 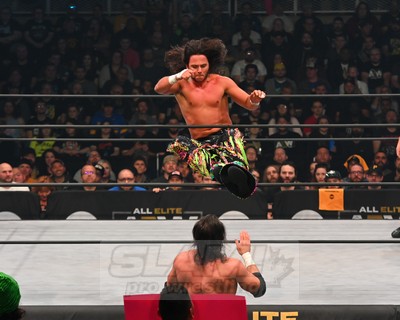 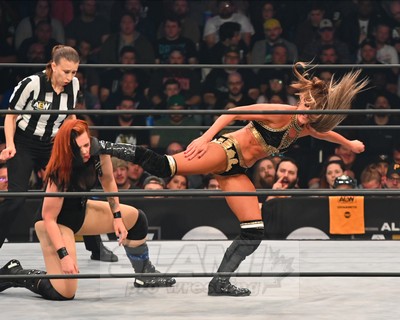 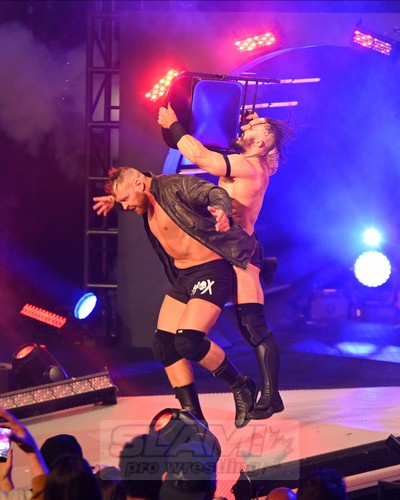 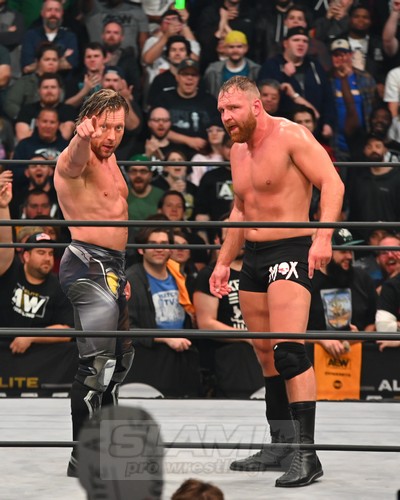