Professional wrestling is a topic that can incite a multitude of judgments, but what if your involvement in professional wrestling also played a part in criminalizing you? This is just one of the questions Susana Vargas Cervantes analyzes in her book The Little Old Lady Killer: The Sensationalized Crimes of Mexico’s First Female Serial Killer.

The book, out now from New York University Press, focuses on Juana Barraza Samperio, who was sentenced to 759 years in prison — no that’s not a typo, that’s her real sentence — “for the homicides of 16 elderly women and 12 robberies” in Mexico City. According to Cervantes, she has “the longest sentence ever in Mexican history for any murderer.” It is alleged that Samperio acted under the guise of a government nurse to commit these crimes. Local police were on the hunt for three years for the suspect that they had dubbed as a serial killer even before capture. Samperio was caught in 2006 trying to flee the home of a victim named Ana Maria Reyes Alfaro, who had been strangled with a stethoscope. By this time, more than 40 elderly women had been murdered. The public seemed to be stunned that a woman was capable of such ghastly crimes. 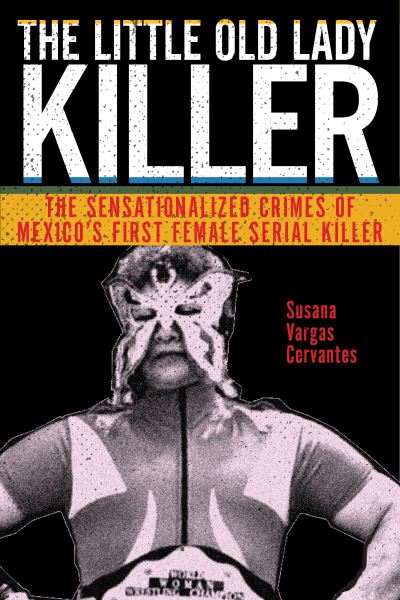 Throw in the fact that Samperio had previously been involved in lucha libre as a luchadora named La Dama del Silencio (the Lady of Silence) and you had all the makings of a full-blown media circus.

Cervantes, who is a Mexican and Canadian writer, was living in Montreal when the news of Samperio’s capture broke. After discussing the news with her friend, Will Straw, she decided the case would make a great topic for a MA thesis. (Cervantes has a BA in Political Science and both a MA and PHD in Communication Studies. She is currently a Fulbright Scholar at Columbia University.) After publishing an article about her research in a page journal, the editor, Jeff Ferrell, who is also the editor of the alternative criminology series for New York University Press, suggested Cervantes expand her research into a book.

“And so, I thought a bit,” revealed Cervantes, who currently resides in New York, in a phone interview with SLAM! Wrestling. “But the subject matter was too harsh so I left it a bit. And later when I moved back to Mexico and I was reading about the news of (unrelated) feminicides over and over again then the research was again why was it such a big deal that there were 49 elderly women killed and there has not been a task force (for the feminicides) and there has not been the same outcry from the nation literally? There has not been a shock over all these other women of the feminicides so that made it into the book it is now.”

Cervantes also explored how Samperio’s past as a luchadora impacted and “made her case” and gave the media a “perfect, sensational story.”

“After (her) arrest, what really captured the media’s attention was the fact that she had been a professional lucha libre wrestler,” she wrote in the book’s third chapter, which investigates criminality and lucha libre, and is the chapter most likely to appeal to wrestling fans. “Headlines emphasized that before (she) was identified as La Mataviejitas (the little old lady killer) she was in the public world of the lucha libre known as La Dama del Silencio (the Lady of Silence). As soon as this was discovered by police La Dama del Silencio and La Mataviejitas became one.”

Cervantes says that “this merging of personas” resulted in troubling conclusions and opinions such as “La Mataviejitas assaulted her victims using the strength she acquired in the lucha libre.” The case was also “officially closed after the arrest of (Samperio), despite the fact that even police recognized more than 30 homicides still need to be solved.” Cervantes goes on to conclude that in the court of public opinion, “the wrestler La Dama del Silencio became the serial killer La Mataviejitas, more than the woman (Samperio) did.” 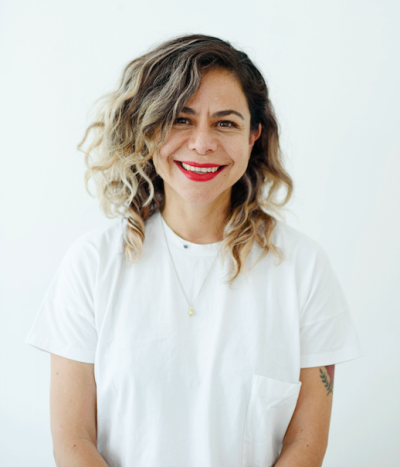 The book, which Cervantes describes as having “many layers,” ended up taking the author more than 10 years to complete. In addition to Samperio’s story, Cervantes thoroughly analyzes subjects including Mexican history, lucha libre, anthropology, serial killing and gender roles and expectations. The book, while fascinating, can be a heavy and scholarly read at times. This is not your typical true crime book, as aforementioned it derived from a thesis, so it’s not going to appeal to all readers.

The length of time to complete the book was also extended because Cervantes really wanted to meet Samperio. There were some hurdles to setting up the meeting, but in 2017 Cervantes got her wish. She was able to meet with Samperio in prison for a conversation that lasted approximately two hours. (Unfortunately, this visit isn’t given much space/discussion in the book, which seems like a missed opportunity).

“I felt very nervous,” Cervantes recalled of the meeting. “Because I knew she didn’t give many interviews. I only read the interview that she had to give to the criminologist that was responsible for determining her culpability. So, I only had read that interview and all that I had read from the press. She just didn’t give many interviews. I wanted to just hear her side of the story, but when I got there I didn’t dare to ask.”

With this admission, this writer just had to ask why Cervantes didn’t take the opportunity to ask any of her intended questions.

“Because she was talking so much, I didn’t want to interrupt her,” offered Cervantes. “And I think maybe unconsciously, maybe I was scared. I just wanted to hear, like to listen. So then suddenly two hours had passed and we needed to finish that and that wasn’t meant to be an interview. It was meant to be a conversation, to break the ice, and then I was going to come at a later date for the interview.”
Unfortunately, due to Samperio’s health issues, a formal interview was not scheduled before the publication of the book. Cervantes says she would still like to meet with Samperio and show her the book. She would also like to elaborate on what she felt was a shocking revelation from their first conversation.

“I think that the most shocking thing that I learned is when I talked to her, to me what shocked me, is that she talked a lot about motherhood,” shared Cervantes. “And she talked a lot about her kids and she seemed to place a lot of importance in convincing me that she was a good mother. Why is that so important? I mention in the conclusion of the book that she said that I or the media or the criminologists can say whatever we wanted to say about her, but the thing we could not say about her is that she was a bad mother. So that really shocked me and struck me and that became the backbone of the book.”

When it comes to Samperio’s innocence or guilt, Cervantes acknowledges that Samperio is responsible for at least one murder as she was caught red-handed at the scene, but for her there are much more integral questions to answer.

“She’s been criminalized for what she is,” she concluded. “That is a big difference (between Samperio’s case and other murder cases). Because if you are not allowed to be responsible for your crime, then you also don’t get justice and you also don’t get to be forgiven. You don’t get to be repentant. It is only when you become responsible for what you have done that you can make a change in your own life. If you only feel guilty or are made to feel guilty, then it’s hard to know what you did, then you feel bad for who you are. And it’s harder to see, oh this, the act of me doing this, is what I am responsible for and what does this act mean. But if you are being criminalized for who you are, that is a wrestler, then what is your crime?”