Getting into the wrestling business never crossed Artemis Spencer’s mind. That is, until his older brother took him to an Extreme Canadian Championship Wrestling show in what was the current DEFY World champion’s introduction to independent wrestling.

“I never thought about doing it myself till I saw indy wrestling… I never thought I could be like the guys on TV because they’re so big and talented,” said Spencer, who defeated Shane Strickland last month to capture DEFY’s title and will defend it Saturday in Seattle, Wash., against Impact’s Dezmond Xavier. 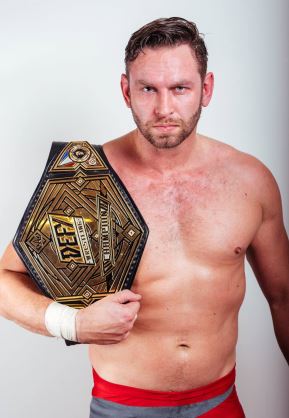 Only 13 years old when he started attending ECCW events in British Columbia, Spencer said an announcement about their wrestling school took him from ringside to between the ropes.

“I think I always wanted to [get into wrestling],” Spencer said. “It was convincing my parents to let me go.”

He started training with ECCW at 15 years old under the tutelage of Michelle Starr and others in the British Columbia area, and was in action at promotions across the province about four years later. ECCW, for Spencer, has been one of the “most important” aspects of his 16-year career and also where he has been a trainer himself for more than a decade.

“It was difficult in the beginning,” Spencer said of training others. “I felt underqualified to be doing it. But the thing about teaching wrestling is you have to break down the moves and [when you] learn how to teach it to other people, you really learn the move yourself.”

Starr, who now promotes All-Star Wrestling, said the 6-foot, 175-pound Spencer is “simply the best hand in the Pacific Northwest.”

“Nobody works as hard as he does perfecting his craft,” Starr said. “What he does in the ring is meaningful and important to the match he’s in. I can always count on him for a solid, if not spectacular, main event.” Spencer takes on All-Star Wrestling’s Cruiserweight champion, Adam Ryder, on Saturday, January 26th, in Surrey, BC, in a steel cage match.

Spencer credits his break in the United States to the creation of DEFY Wrestling. DEFY promoter Matt Farmer said he brought Spencer in for the company’s DEFY to SURVIVE match at its one-year anniversary show. The match is a 10-on-10, blind-draw elimination tag team match, which Spencer won.

“We were aware of Spencer from his years of wrestling in Canada and felt that not only he had the in-ring skills, he also had that charisma we look for,” Farmer said. “In those situations, you never know exactly how fans will react to him, but they took to Artie right away.”

Spencer said he is proud of the work he has done prior to DEFY, though “not many people see it.”

“[There are] no eyes on anybody in the Pacific Northwest,” Spencer said, “and I was kind of OK with that… Until DEFY came around, if you stayed here, you had to know you weren’t going to get noticed.” 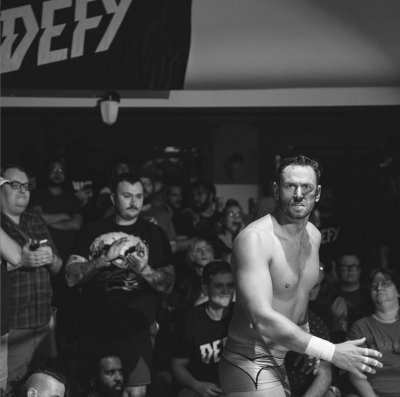 Then, in December, Spencer claimed his first title in the States.

“That one came as a big surprise to me,” Spencer said of securing DEFY’s World championship. “I was really happy to be involved in the DEFY shows. I [was just] counting my blessings. The shows are so much fun.”

Spencer said he was “stressed out” to be in a high-profile match, but plans to do his best to represent the company. “With the caliber of the talent that comes through there, it’s going to be challenging to keep up,” Spencer said.

One of those talents is Xavier, who Spencer faces Saturday in his first title defense. “[Xavier is] a super athletic dude and I love his style of wrestling,” Spencer said. “So I’m excited about wrestling him, and I hope I can come out on top. He seems like such a cool guy, I’m just excited to hang out with him.”

Farmer said Xavier and Spencer have similar styles — the difference being Xavier has an edge with international experience, while Spencer is the “hometown” favorite. “We expect it to be a very technical match,” Farmer said, “but wouldn’t be surprised if it turns into a match of striking.”

“In the last year, his stock has already risen greatly — even to the point as having one of the owners of the UK’s PROGRESS Wrestling, Jim Smallman, calling him one of the best new prospects he has seen all year,” Farmer said.