Jose Lothario passes away at 83

The fiery comebacks of Jose Lothario, the superstar wrestler turned trainer who died on Tuesday at the age of 83, were only part of his success in the ring during his 36-year career. His background as a boxer played a part too, and a growth spurt resulted in grappling over pugilism.

Born in Dec. 12, 1934 in Torreon, Mexico, into a family of 10 kids, Guadalupe Robledo, grew into a 6-foot-1, 240-pound man. The size is important. He began as a boxer, just moving into the middleweight class, making 65-70 pesos a bout, when he went to the lucha libre show. There, surprised by a grappler about to land in his lap, he swung his fist and knocked him out. The promoter saw the whole commotion and asked Robledo to wrestle. He found that he enjoyed that more — but quickly outgrew the luchador mold. 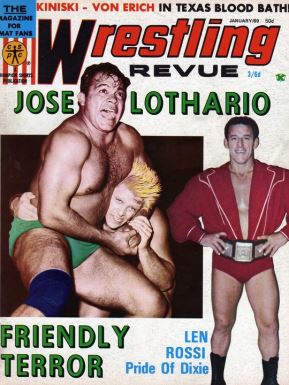 “I was gaining so much weight that I was getting to be a heavyweight,” Lothario said in The Pro Wrestling Hall of Fame: Heroes & Icons. “They don’t have Mexican heavyweights in boxing, so I tried to go to wrestling. I made it from there.”

And made it he did. Debuting in the U.S. in 1957, Lothario paid his dues as Joe Garcia in the Carolinas until getting his first big break as El Gran Lothario in the Gulf Coast territory, where he was heavyweight champion. Following that, he mentored under Pepper Gomez. “The best tag team partner that I ever had was Pepper Gomez. I’d just come from Mexico,” said Lothario.

After that, Lothario was one of the top headliners in Florida and Texas in the 1960s and 1970s, winning singles and tag team belts, as well as Brass Knucks titles in both states, tangling with notorious tough guys like Johnny Valentine and The Missouri Mauler.

Blackjack Mulligan said Lothario is underappreciated, calling him “probably the greatest Mexican star of all time as far as working ability. I mean, he was a big guy. He didn’t fly like Mysterio and these guys. Those guys are little guys. Jose was a 235-, 240-pound guy.”

“He was just a real tough guy, really believable,” Mulligan continued. “He worked all over the southwest. He never got up to the North, though, because he was never given the chance. He should have. He would have been a good Latin for New York if given the right time and the right place, like when Morales went in there. He could have worked in a situation like that.”

Celebrated by his fan club, Pride of Mexico, Lothario’s famed rose to the point that he was able to open the Casa Lothario restaurant in the early in 1970s in Tampa, Florida, with his brother, Salvador.

“I would have to list Jose as one of my favorite opponents. He was a fantastic worker and had a huge following in Florida, Texas, Puerto Rico, and everywhere he was booked,” wrote Jack Brisco in his autobiography. “He was the perfect challenger. In all of his title matches with Dory, Harley, me, or whoever, Jose always looked like he was on the verge of taking the title away from any of us.”

Referee Tommy Fooshee said Lothario was the best babyface ever in Texas. “He could throw punches and he had fantastic matches. The thing of it is, it’s like Valentine said of him, you can beat him every week, and it doesn’t hurt him because they’re still for him.”

That talent never left him, either. In 1981, a Dallas magazine profiled the local promotion, and backwards complimented Lothario. “Lothario had a sagging midsection, but moved around the ring like the Russian dancer Baryshnikov while working over [Raul] Castro.”

“Lothario’s gotta be in his mid-40s, probably,” said Fritz Von Erich in the article. “He’s typical of a lot of guys. He’s so skillful at what he does, he might be around another 10 years. That’s what I like about wrestling. Get to be this age in most other sports and, man, it’s over with.” 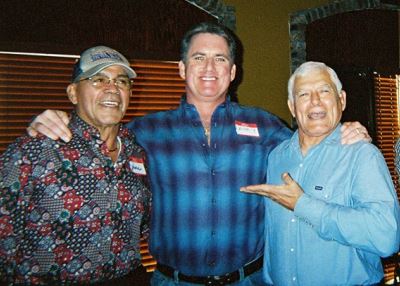 Later in the 1980s, Lothario trained one of the icons of modern-day wrestling, former WWE World champion Shawn Michaels.

“Joe was a great teacher and always looked out for me. He was a nice, wonderful man, not that grumpy, mean aggressive old-timer that you hear about in this business. He really believed in me and he was very encouraging,” Michaels wrote of his teacher. “He would let me learn and struggle, but when the time was right, he let me know it was time to move on. Jose didn’t make a huge deal of the situation or tell me that I was being screwed or anything. He just said it was time to go. One thing Jose didn’t do was stir things up.”

The association with the Heartbreak Kid, including being his second at the Iron Man Match at WrestleMania XII, has kept Lothario’s name fresh with younger fans. Without Lothario’s connections — “I always got along good with everybody,” said Lothario — Michaels might not have made the steps from the Mid-South to Kansas City to the AWA and finally the WWE.

Gino Hernandez, Daniel Bryan / Bryan Danielson, and Brian Kendrick are some of the other notable names that trained under Lothario.

Lothario continued to live in San Antonio, until his passing on November 6, 2018.

Texas-based referee James Beard shared his memories of Lothario on Facebook. “I suspect if you polled the wrestling fans in this country, they’d say Mascaras or Caras or El Santo was the greatest Hispanic wrestler of all time. In my book, they’d be wrong. To me, Jose Lothario was the best of them all. He was a hero to me as a young fan. Jose was an absolute legend in Texas and could headline sell outs anywhere he appeared,” wrote Beard. “Jose’s style was more traditional than Lucha and he was larger than most Mexican wrestlers. He was a guy this young fan could count on to handle the roughest and toughest of heels. I was never disappointed with Jose Lothario. A lot has already been posted about his passing today. For me, a huge part of what made me a fan and what led me to be a part of the wrestling business was lost with him. I have been fortunate to have had the honor to meet, know as friends, even work with, a lot of those guys from that era that influenced me so much as a kid. Jose was a special one. I don’t hesitate at all to say he was one of the very best to ever step into a wrestling ring. God Speed, Amigo.”

– with files from Steven Johnson and Mike Mooneyham