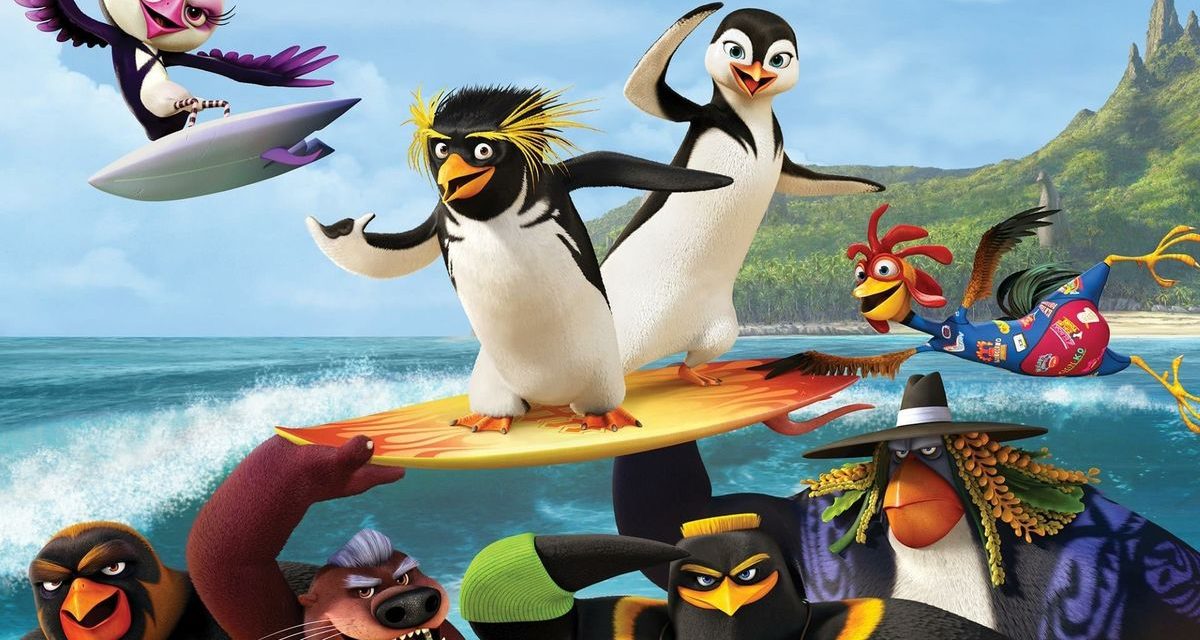 In 2007, an underdog of an animated movie named Surf’s Up took a story about a penguin aiming to be a world-class surfer, presented it with a collection of high-profile voices from Shia LeBeouf to Jeff Bridges, and ran a strong following to an Oscar Nomination for Best Animated Picture. But do you know what it was apparently missing? Wrestlers!

Did it cry out for a sequel? No, but sequels rarely come from that kind of need, and are usually cashing in on popularity. If ten years have passed, then you’re usually talking about something like Toy Story which has attained critical mass. So, into this environment comes Surf’s Up 2: WaveMania, produced by Sony Pictures and WWE Studios, and it’s hard to tell if it was made for love or money (but it’s probably money).

It is much less about the characters from the original film and more about the infused WWE personalities — directly placed from the ring to the surfing world. Vince McMahon, Triple H, John Cena, The Undertaker, and Paige don’t just lend their voices, they also lend their names and personas. Their film characters, a collection of surfing daredevils known as The Hang 5, are named — ready? — Mr. McMahon, Hunter, J.C., The Undertaker, and Paige.

J.C. delivers a Five-Knuckle Shuffle, though without the knuckles, Hunter spits out water, and The Undertaker rolls back his eyes. McMahon and Paige have less character traits to show off (no exaggerated walk?), but they are still distinctly them. McMahon, actually, might have missed a career as a cartoon voice-actor. 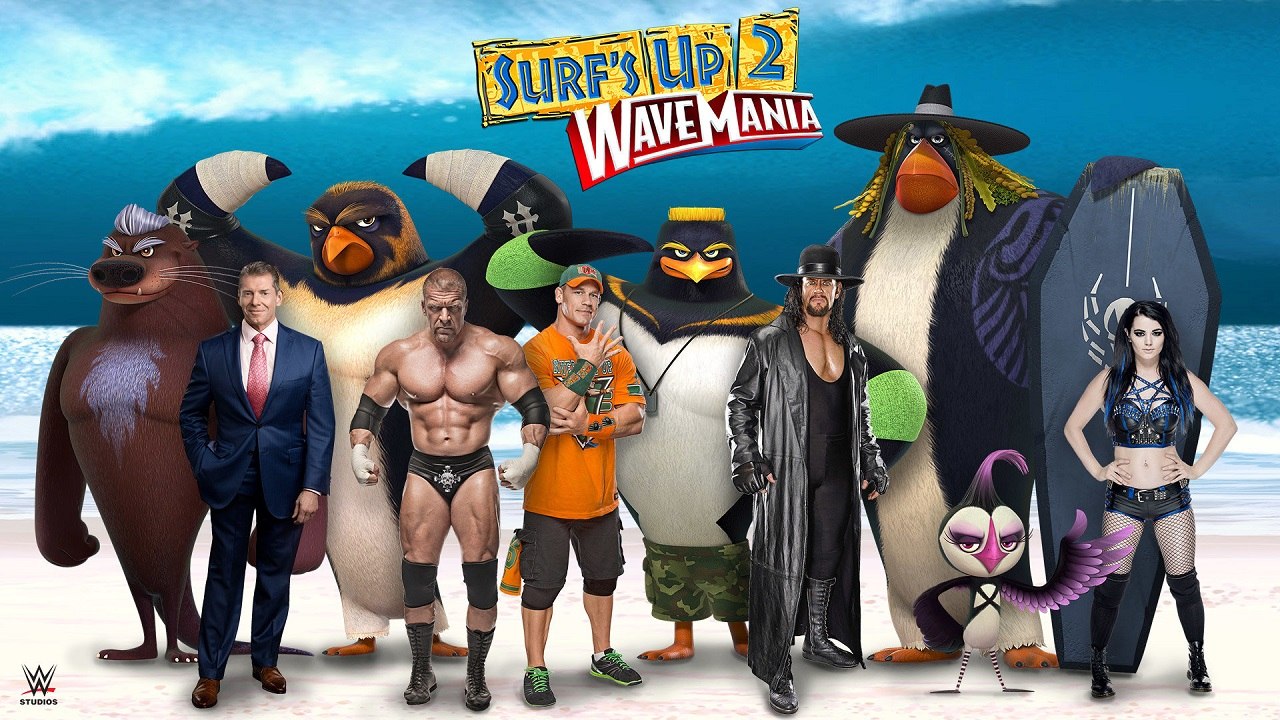 Why is Paige so tiny?

This is a movie, therefore, for children who are fans of the WWE, and not so much fans of the original Surf’s Up. This fits with the model of WWE-partnered animated movies from The Flintstones to The Jetsons, where the WWE characters are so identifiable that they are actually overpowering the source characters.

Nonetheless, as a movie it works fine and will entertain those young WWE fans as mentioned (it will entertain other kids, too, but they’re simply not the target audience). It promotes teamwork and sticking up for one another more than victory and self-promotion and, in that way, it does match the moral of the first film.

Michael Cole also pops in as a seagull announcer, and there’s a funny bit, again for wrestling fans, as a character bops another in the head with a steel chair, only to then realize that “we don’t do that anymore”. So, yes, these are wrestler-penguins and there is some scrapping. One more reason to think that Surf’s Up fans who aren’t WWE fans might wonder what they’ve walked into here.