The Eliminators watchable and sometimes exciting

Clogging up the home video market with more recycled action flicks than Sylvester Stallone or Arnold Schwarzenegger, WWE Studios has introduced us to The Marine, The Condemned now we have The Eliminators. 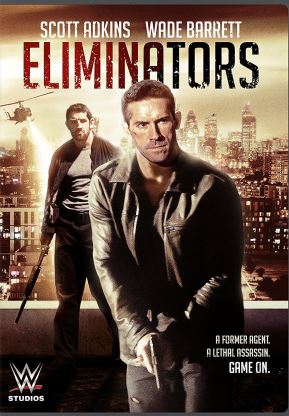 No, we aren’t talking about ECW’s Perry Saturn and John Kronus. We are talking about Scott Adkins and Wade Barrett (Stuart “Stu” Bennett) trying to eliminate each other.

Scott Adkins is Thomas, a former American federal agent living with his daughter (Lily Ann Stubbs as Carly) in London under the witness protection program. Working as a security guard, Thomas dispatches some brain dead thugs who invade his home, threatening himself and his daughter. These hoodlums are so stupid they broke into the wrong house and one of them took off his mask revealing his identity for no earthly reason. They probably should have been cast in Scooby-Doo! and WWE: Curse of the Speed Demon instead.

Thomas is hospitalized and arrested as details of the incident become front page news alerting a gangland boss, Cooper played by James Cosmo. In his previous life, Thomas was a thorn in Cooper’s side so the kingpin hires “the best assassin Europe has to offer” — King Barrett as Bishop — to rub him out.

The film evolves into a predictable and uninspired cat and mouse chase between Thomas and Bishop as they battle through office buildings, city streets and gas stations even though London is dotted with CCTV cameras and Bishop is supposed to be a discrete assassin who respects his client’s anonymity.

And, yes, as you may have guessed ALL of the characters have only one name which shows you how much creativity and effort Nathan Brookes and Bobby Lee Darby put into the script. In case you were wondering, the resident WWE Studios writers also scribbled out See No Evil 2 and 12 Rounds 3: Lockdown. That should explain a lot.

Despite the script being nothing more than a low rent, bargain basement Bourne Identity rip-off of sorts, there are some positives. The combat scenes are quite hard-hitting and well choreographed thanks to Tim Man. Wrestler and bare-knuckle boxer Barrett and kick boxer, martial artist Scott Adkins work really well together and put on quite a show when they put down the firearms and go hand-to-hand.

Barrett is also quite solid as the calculating and menacing Bishop. He doesn’t go over the top, which could have easily happened in this type of role, and along with Adkins he injects some interest into the feeble script with their performances. Although he does get a little camp here and there, Adkins is an unpredictable presence as a desperate man pushed to the edge.

It is clear director James Nunn, who directed the outlandish and hilarious Cockneys vs Zombies in 2012, doesn’t have much of a script or budget to work with but tries to instill some sense of style and somewhat succeeds in doing so.

Like the majority of the action films released by WWE Studios, The Eliminators doesn’t bring or add anything new to the genre in any way. Even though there isn’t a lot of meat on the bones, Adkins, Barrett and Nunn all do their best to at least make this entry watchable and sometimes actually exciting. Go figure. 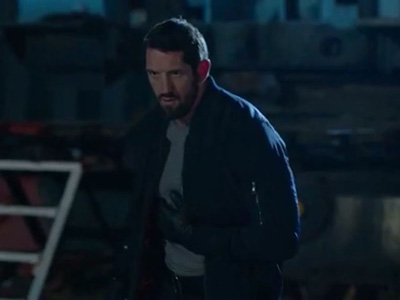 Wade Barrett is Bishop in The Eliminators.