Dr. C. Nathan Hatton’s new labour of love, entitled Thrashing Seasons: Sporting Culture in Manitoba and the Genesis of Prairie Wrestling, is a substantive and enlightening publication which should be mandatory reading for anyone seeking an academic degree in Manitoba sports, history, or sociology. It is that important a work.

The author, an adjunct professor of History at Lakehead University, states that his tome about the history of the sport in Manitoba prior to the Great Depression “fills a considerable void in the existing historical literature on Canadian sport” and that it does. The era from 1700 on having been ignored by academic scholars, his research details how the Keystone Province fit into the national and regional (Midwest) stage until 1931. 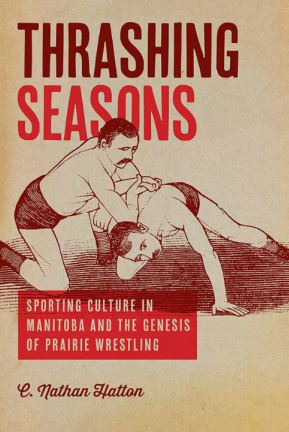 The glossary (index) with remarkable illustrations sets the chronological and socio-political tone, starting with a boxer who bridged over to the grappling game, part of a colourful career as an undercover cop who was connected to the nationally ruling Liberal party; a American import whose stardom drew the growing Polish fan base; an international military corps that conducted matches on horseback; and the first superstar of the era, big-timer Jack Taylor, whose return to Manitoba was key to reviving the pro game in the late 1920s after establishing it in southern Ontario.

The introduction begins with the 1923 spectacle of “the world’s most perfectly developed man,” Taylor, drawing a huge crowd headlining a card sponsored by the Winnipeg Tribune. As Hatton explains, the base for the evolution for play-for-pay was rooted in the strong amateur game that developed among religious and ethnic/social clubs (an area tradition that carried on into the 1960s).The chapter “Before The Boom” focuses on the early pros during the boom in Western Canada immigration and development. The dislike of immigrant headliners like “Terrible Turk” Mouradoulah in 1901, and subsequent post-World War I xenophobia against foreigners, was so pervasive that the founder of what is now Canada’s New Democratic Party, J.S. Woodsworth, actually wrote the Turks “constitute one of the least desirable classes of immigrants.”

They were at the opposite end of public approval from “The Simon Pures,” as the next chapter highlights the YMCA’s role in the foundation of the sport as a pursuit of “muscular Christianity.”

Eventually cooperation between amateur groups using professional as coaches caused friction over ideology (reminiscent of the International Olympic Committee through the 1970s): “If money was the poison that amateur sports leaders maintained it be, then how could young athletes’ guidance and development be placed under the direct supervision of individuals who earned a portion of their living by the very means most despised in amateur sporting circles?” 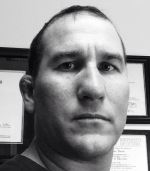 In “Grappling With The Great War” readers learn “there was no more wrestling. Everyone went to fight the Kaiser” lamented pre-war star, Moose Jaw’s “Mysterious Homesteader” Clarence Eklund. The involvement of military-men improved the ragged image of professionals and overshadowed the simon-purity of the sport as pros began to compete with amateurs.

“Professional Wrestling’s ‘Golden Age'” showcases the post-war exploits of Taylor who was booked in all the major western cities and into the U.S., and his bout against Stanislous Zbyszko propelled attendance to between 1,500 – 4,000 per event. In a featured example of early MMA, Taylor beat a jui-jitsu master at his own game in a 64-minute battle. In this time period, radio broadcasts from as far as Wichita were listened to by fans, although local bouts didn’t get aired until the 1930s.

The final chapter, “Amateurism Expands,” touches briefly on the expulsion of Jewish participants in the late 1920s by the YMCA despite a Provincial and a Dominion champion having competed as Y members. Also noted was the thorny dispute over the reinstatement to amateur status of soldiers who played for pay while serving in Europe which was repeated nationally within other organizations, drawing criticism from baseball commissioner Kenesaw Mountain Landis.

In the conclusion, the Great Depression sets in and newsreels exhibited in theatres before “talkies,” along with radio, become the main way to drive crowds to the matches, with the “slam bam western style” vision of New Yorker Toots Mondt taking control of the in-ring style, as local promotions come under the influence of invading American trusts. Anyone who has ever wrestled in Manitoba knows the tremendous popularity of the sport with Aboriginal communities, and a review of various tribal values and historic customs involving wrestling are also discussed.

The source material is extensive with nods to, among others, Marcus Griffins’ 1937 expose Fall Guys (beside which this book will take up residency on my bookcase); J Michael Kenyon’s retrospective WAWLI papers online; and wrestler/historian Vance Nevada’s compilations. Two unpublished academic papers about the sociology of sports, by two noted Canadian athletes of the 1960s — National Amateur team hockey winger Morris Mott and former CFL Quarterback Frank Cosentino — are recognized by the author. Hatton also honours the contributions of old-timers with roots in shooting matches and the art of hooking, such as Frankie “The Great Mephisto” Cain, the late Billy Robinson, and the recently deceased Billy Wicks.

“DR.” MARTY GOLDSTEIN conducted the world’s first Workplace Safety and Health Study into Professional Wrestling, for the Manitoba government in 2003. He has worked with wrestling promotions in Kansas City, California, British Columbia, Alberta and Manitoba as a referee, commentator, agent, and producer, and is a longtime SLAM! Wrestling contributor.