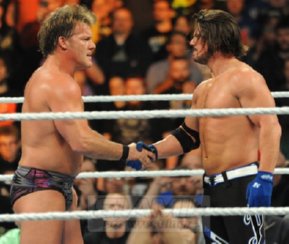 CLEVELAND – This writer owes the city of Cleveland an apology. For years, I have been less than complimentary to the city — in fact, I’ve used the terms “cesspool” and “hell-hole” more than once, thinking that the Rock and Roll Hall of Fame was the only good thing here. But after spending several hours in the city today, where I was there for WWE’s Fastlane event, I take it all back… well, most of it — the Browns still suck.

I have to admit, part of the reason I softened my stance was because of the cute girl at the hotel check-in desk. And another big part was the fellow Dead-head waitress who served me and SLAM! Wrestling photographer Mike Mastrandrea at the nifty restaurant we went to before the show (and hopefully who I’ll be going to a hippie festival with over the summer). But what really sold me was the way the Fastlane crowd proved to be one of the best wrestling audiences I’ve seen in a long, long time.

It helped that the show was one of the better PPV offerings in recent months. With the exception of the unannounced match between R-Truth and Curtis Axel, the in-ring action ranged from good to great. In fact, probably the worst thing about the show was the non-wrestling “Cutting Edge Peep Show” segment — and even that got some laughs from the live audience until it went on too long.

But for every thing else, the crowd was great. Instead of hijacking the show like many crowds do — chanting for non-WWE stars, for example, or trying to earn the title of “Bizarro-land” — the Cleveland contingent of the WWE Universe reacted pretty much the way WWE wanted them to. Loud and raucous all night, the live crowd cheered the good guys, booed the bad guys, and chanted their lungs out. Though some reports say that this didn’t come across on TV, I can attest it was indeed the case.

By far, the loudest chants were during the match between AJ Styles and Chris Jericho, with Styles edging out the WWE veteran in terms of crowd support. Following that was the tremendous main event, with people counting along with every brutal suplex delivered by “The Beast” Brock Lesnar.

In terms of crowd favourites, Styles and Lesnar were the two who got the most support from the crowd, with Sasha Banks and Dean Ambrose not far behind.

In terms of boos, well, that’s where the crowd didn’t play along with the company’s plans. Indeed, Roman Reigns was the most reviled person on the show, getting booed by the crowd throughout his match and with every move he made. While a small portion of the crowd did eventually give him some cheers after his face-off with Triple H at the end of the show, for most of the night, they were overwhelmingly against him. Hopefully the booking team has a Plan B to get people behind him by the time WrestleMania comes around, or else this entire year will have been all for naught.

Either way, if tonight is any indication, whether he’s champion or not, it’s safe to say that the next time he comes to Cleveland (the city hosts Smackdown on September 27, which was announced to the live crowd after tonight’s event), Reigns will get a strong reaction of some sort.

And who knows? Maybe I’ll come back to see it in person. Because, as I’ve learned this weekend, Cleveland’s not so bad after all.