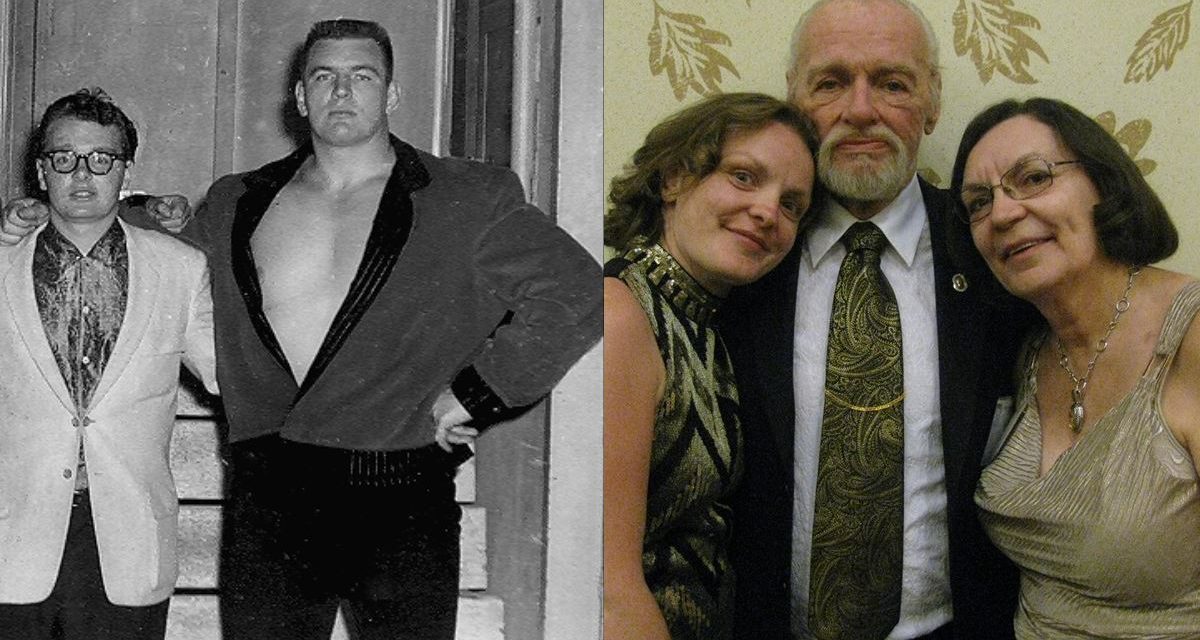 It’s funny, for the number of times that I talked with, consulted and bugged Bob Leonard for information and photos, my file on him is ridiculously short. Just one quote, from “Cowboy” Dan Kroffat: “I respect him for his years and years of gathering pictures and things, and he certainly didn’t line his pockets and became a millionaire because of it.”

But we are indeed richer for knowing Bob.

For those that don’t know him, I can’t encourage you enough to go read Jamie Hemmings’ feature on him that we ran years ago (when she was Jamie Kreiser): Who is Bob Leonard?

It’s still one of my favourite pieces on the SLAM! Wrestling site. 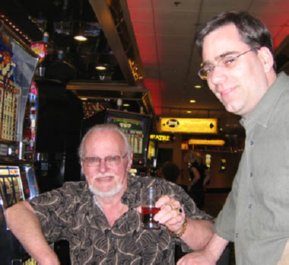 Bob Leonard and Greg Oliver at the Cauliflower Alley Club reunion in 2007.

Bob died this morning, January 9, after far too many health challenges over the last number of years.

I last talked to him just before Christmas. He thought he was close to leaving the hospital at that point, but was still battling pesky pneumonia. Bob was in a good spirits.

I’m going to try to describe a little what Bob meant to professional wrestling in Canada, but it might not come off right.

He was a little like Yoda, but I don’t mean in looks (though as the hair got less and whispier…).

Bob was the savant for all things wrestling in Canada.

If he didn’t know about someone, he knew someone who knew.

He was the promoter for Stampede Wrestling in Saskatchewan for years, but more importantly, he was the photographer as well. And just about everyone who was anyone came through Stampede at some point. And they probably hung out with Bob at his home too, making for very different stories than the usual.

Just recently, he was telling me how Sweet Daddy Siki confided in him about his marriage to a white woman, Ann, way back in the day. Siki is a pretty private person, and for him to have trusted Bob says a lot about the man.

Bob’s photos were organized too, if a little grainy given their age. He could find me something pretty quickly.

A lot of prairie pauses, waiting for you to say something. Often puffing on a cigarette. Friendly but just as happy to listen.

We always had good chats at the Cauliflower Alley Club reunions in Las Vegas. Some years he drove down from Regina, often with his wonderful wife Winnie, or his partner in crime, John Cozman, who wrestled as Principal Pound.

He rose through the ranks of the CAC, and was far more than just the Canadian Ambassador. He organized the seminars that have risen in popularity, aided by Winnie and their daughter Christi.

The year that he himself was honoured was among the highlights of his life for sure, with his wife, daughter and son, Curtis, there — and it was a highlight for me to be there.

I’ve said thank you to Bob many times, but will say it again here — thank you for everything you did for the wrestling business, Bob.

And thank you for being my friend.

I miss you already.