The Sweetheart – A great gift for your Sweetheart

The world of women’s wrestling in the ’50s has all the ingredients to produce a scrumptious novel. And that is just what American author, Angelina Mirabella, has cooked up in her first book, The Sweetheart. 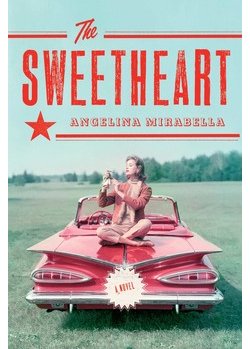 Set in 1953 and beyond, The Sweetheart, is the fictional tale of the transformation of shy teen Leonie Putzkammer into the female wrestler, Gorgeous Gwen Davies. Mirabella says her own journey began after reading the baseball novel The Natural by Bernard Malamud (which was also made into a movie of the same name starring Robert Redford). While she enjoyed Malamud’s book, Mirabella was less than impressed with his portrayal of the book’s female characters whom she felt came off as flat and uninteresting. A chance viewing of an “I love the ’80s” themed program served as a catalyst for her to showcase just how dynamic females in fiction can be.

“(In the program) they were talking about (female wrestler) Wendi Richter,” Mirabella recalled in a Skype interview from her home in England. “And they were saying at one point she could even command more money than Hulk Hogan which I thought was interesting. You don’t normally hear about any sort of woman in any athletic field doing better than her male counterpart so that got me thinking about the personas in the wrestling ring and how they take on the good characters and the bad characters. They play the faces and the heels. And that’s their lives in the ring, but outside the ring they are human beings who are much more complex.”

Just as the character Leonie had to partake in extensive training to become a female wrestler, Mirabella had to take on her own regimen of research and immersing herself in all things women’s wrestling. As someone who is not a die-hard wrestling fan, Mirabella set to work determined not to be called out by wrestling fans for getting it wrong. The majority of her research was done by reading books. She credits a history on the NWA and a Mildred Burke biography as being especially insightful. YouTube was also an invaluable resource as she discovered that many of the matches featuring the likes of female wrestling greats Penny Banner, Lillian Ellison (The Fabulous Moolah) and Mae Young had been posted to the site. As an added measure of accuracy, Mirabella says she did occasionally ask her husband if she could try out a sequence of moves on him at home. She didn’t want to leave anything to chance.

While Mirabella did check out some, but not a lot of, current wrestling programming as part of her process, she did not watch the World Wrestling Entertainment’s (WWE’s) “reality” show, Total Divas, nor did she interview any wrestlers. She confesses that she does have some regrets regarding the latter.

“I am definitely sorry about that,” she revealed. “I think that because this is my first novel, I think I wasn’t confident enough to try and contact them and introduce myself as a novelist. Now that I have a book in my hand, I think next time around I would feel more confident to do that, but I didn’t at the time. But I also could tell from the things that I was reading that there is still a lot that is kind of a secret. I wouldn’t necessarily get the inside scoop that I really wanted if I was talking to them. Part of me thought maybe it is best if I leave some of that to my own imagination. The less I know the more I can make up my own characters and give them their own lives.”

Her comment leads to a discussion on kayfabe (the practice of a wrestler staying in character even outside the ring). She and the writer of this article discussed how there is a sense of magic to kayfabe, but as a writer Mirabella says she can’t help but be interested in the truth. Mirabella refers to the autobiographies of Moolah and Banner as “unreliable but infinitely colorful” in the acknowledgements section of her novel. Mirabella says that her words are not meant to be disparaging, but rather to acknowledge that the two women obviously were practitioners of kayfabe. Mirabella says she does understand why some wrestlers would choose to practice kayfabe as the wrestling world is obviously very precious to them, but this practice can have consequences. She cites the real life incident when the championship status of Mildred Burke was disputed after the breakup of her marriage to infamous wrestling promoter, Billy Wolfe, as a prime example. Mirabella was so fascinated by this true event that she included it as a plot point in her novel with the main character being offered a chance to go after the women’s title as a direct result of this contention. 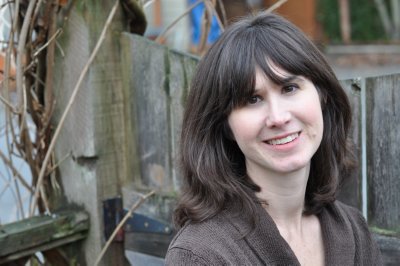 “There is a certain ‘magic’ that is created when a narrative allows its audience to suspend their disbelief and escape into another world for a while,” Mirabella expressed in an email post-interview. “That’s what us fiction writers are trying to do, too. Something may be lost when we peel back the curtain to see how the story is put together. But Mildred Burke’s story reminds me that there have been times in wrestling’s history when protecting kayfabe was a way for management to take advantage of talent. In those instances, I think truth has to be more important than magic.”

Mirabella’s results definitely paid off as Leonie’s journey, including the depictions of her wrestling training and matches are written so realistically. It is almost inconceivable that Mirabella is neither a huge wrestling fan nor a fellow wrestler. Wrestling fans, both males and females, looking to read about wrestling and this incredible time in its history will be impressed and entertained. The book will also appeal to non-wrestling fans as its themes also focus on subjects everyone can relate to including identity, life balance and forging your own path. It also serves as an intelligent and historical commentary on the roles and expectations of women in the ’50s and showcases how the boundaries for females have expanded.

“One of the things that drew me to writing about wrestling of that era was just the fact that it seemed to defy the conventions of the time,” offered Mirabella. “These women were working in a man’s field in a time where they were expected to clean their house, bake cookies and be the woman of the house. This sort of June Cleaver picture that we have. In my research, it did seem like there was this expectation to meet a feminine standard if you were a wrestler. You were expected to be athletic and fight in a man’s field, but you still had to look like a woman and wear high heels and you had to be girly. I read things like Mildred Burke, for example, she had to create this persona that she would fry chicken for the guys after the matches. She was expected to meet that standard even though she was the champion of the women’s wrestling world!”

Mirabella is currently at work on her second book, which sadly will not be about wrestling even though her husband has been persistent that she should explore the wrestling world again. And while she laughs at the thought of becoming a wrestler herself (“Nobody wants that! That wouldn’t be pretty!”) she is not opposed to either of her daughters becoming wrestlers.”I would (tell them) ‘You be the best wrestler you can be,'” she exclaimed with a laugh. “I would be right there in the front row!”