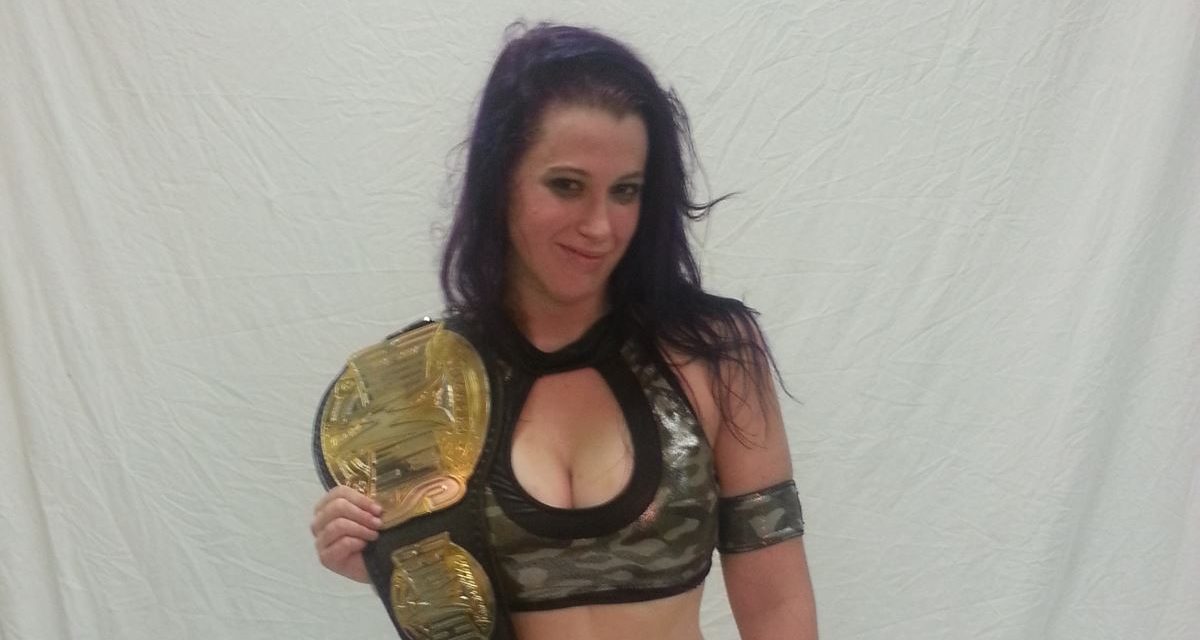 BERWYN, Ill. — With the smell of butane still thick in the air, Nicole Matthews walked out of the Berwyn Eagles Club Saturday as the new SHIMMER champion, courtesy of a fireball to the face of Madison Eagles. 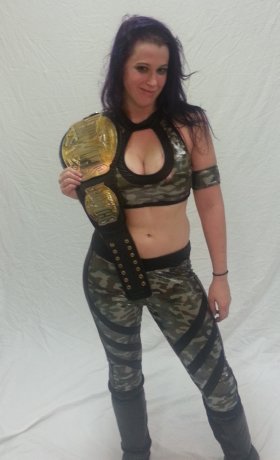 The scheduled main event was to have been Melissa (who had successfully defended her championship against Japanese star Kana at a separate taping earlier in the day) defending the belt against Athena and the winner of a bout between Matthews and Eagles, whose on-again, off-again friendship has frayed into a full-fledged feud over the past year. That match ended in controversy, however, as Matthews appeared to submit as she scored a pin on Eagles. In light of the controversial finish, both women advanced to the championship elimination match.

The sell-out Eagles Club crowd came alive when Melissa was the first woman eliminated, ensuring that a new champion would be crowned. The three challengers ganged up on the champion, as Eagles connected with her “Hellbound” neckbreaker, Matthews hit her “Vancouver Maneuver” neckbreaker, and Athena hit her “O Face” blockbuster, allowing Athena to pin Melissa.

Melissa didn’t suffer the loss lightly, returning to ringside moments after her elimination carrying Athena’s signature banner. The distraction was enough for Matthews to capitalize and roll-up Athena for the second elimination.

Any alliance between Matthews and Eagles crumbled as the two battled for the belt. That’s when all hell broke loose.

Referee Bryce Remsburg was knocked out by an errant missile dropkick. Back-up referee Andy Long was then steamrolled in a collision. Emergency back-up referee PJ Drummond was laid out by a big boot by Eagles.

With all the referees down, Matthews’ longtime tag team partner, Portia Perez, hit the ring and attacked Eagles, allowing Matthews to unleash a massive fireball to Eagles’ face. That allowed Matthews to score the final pinfall, as emergency crews scrambled to tend to Eagles’ face.

With the win, Matthews becomes the first Canadian SHIMMER champion. As the titleholder of one of the most prominent women’s wrestling promotions, Matthews acknowledged she has big shoes to fill.

“It’s pretty nuts,” Matthews said immediately after the bout. “SHIMMER started before I started wrestling. I was a fan of SHIMMER before I was a wrestler, and my goal was just to get into SHIMMER. I never imagined being a champion.

“I have to step it up all the time. The pressure’s on,” she said. “And that’s fine with me. I like a challenge. And I’m going to have a lot of challenges ahead of me.”