“Who the hell is Arda Ocal?” That’s a question I asked many times during my stint as the colour commentator for the now-defunct Ontario promotion BSE / MaxPro Wrestling. As Ocal was the ring announcer and public face of BSE/MaxPro, mockingly dismissing him through that question was an easy way to position myself as the heel behind the mic and get a cheap laugh. And though our on-screen dynamic was portrayed as adversarial and antagonistic, behind the scenes, Ocal was — and is — a good friend of mine. So it was with a lot of joy that I learned that he has landed his dream job as an announcer for WWE. 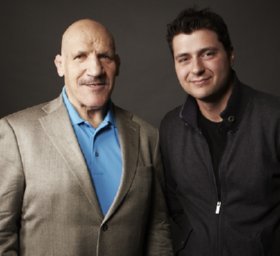 Bruno Sammartino and the announcer formerly known as Arda Ocal at WrestleReunion in Toronto in April 2012. Photo by Andrea Kellaway

Truth is, it’s hard to believe it’s taken this long. I’ve known Arda (or, as I call him, “Ordis” — private joke) for the past ten years, and in all that time, he’s been driving full-speed ahead to reach that goal. With a combination of hard work, ambition, and an unwavering passion for pro wrestling, it was always “WWE or bust” for him. I saw that within the first couple of weeks of having met him.

At the time, I was writing the event newsletters for BSE, helping out my buddies Dave Blezard and Tom Harbin, who teamed up with Squared Circle Wrestling owners Rob Fuego and Jason “Burt the Hurt” Brown to found the company. After a while, they asked me to join the commentary team.

“Some guy named Arda said he’d take over the newsletter,” they told me.

Shortly thereafter, Arda’s role in the company mushroomed to include ring announcer, interviewer, commentator, and promoter. Later, Arda took the initiative to book the company for a multi-city tour in eastern Ontario and the Prairies, and then arranged a show in Iqaluit, Nunavut, which was the first time any wrestling company had ventured into that territory. Ambitious endeavours indeed for someone just starting out in “the biz” (though I would be remiss if I didn’t take at least one shot at Arda for his horrible navigational skills that earned him a good berating from Mr. Lahey of Trailer Park Boys fame).

What was telling about Arda is that even his non-wrestling pursuits were geared towards his ultimate goal of being a WWE announcer.

I remember shortly after meeting him, seeing him on Mississauga Rogers TV visiting a pumpkin patch or turkey farm doing a goofy seasonal field report. Over the years, his broadcasting jobs extended to hockey, boxing, and MMA. And ultimately translated into creating Right After Wrestling, a post-game analysis show for WWE’s weekly TV shows broadcast on The Score (now Sportsnet 360).

Later, he would return to his BSE newsletter print-media roots, writing for the Baltimore Sun and the Layfield Report. Perhaps trying for a Howard Stern-esque “King of all Wrestling Media” title, he’d expand his brand even further, adding online podcasts and online audio and video interviews. His credibility grew, and the respect he garnered from wrestling fans and wrestling journalists alike grew with it — even being asked to host induction ceremonies for the George Tragos/Lou Thesz Professional Wrestling Hall of Fame in Waterloo, Iowa, and hosting the Baloney Blowout in Las Vegas at the Caulfilower Alley Club reunion.

But, all along, it was the WWE that was his true brass ring.

And I know, from having seen his path there, that it wasn’t always easy for him. There were times he was discouraged, frustrated, and had his confidence shaken. On more than one occasion, he told me he was packing it in and giving up, that his love for the business had ended. But I always knew he would regroup, recommit, and refocus on his dream. And now he’s achieved it. And I couldn’t be happier for him. 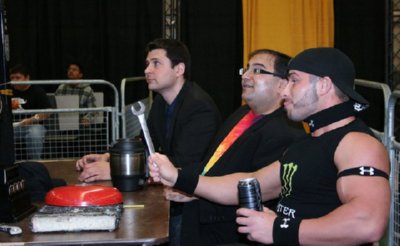 So, who the hell is Arda Ocal? He’s your new WWE announcer Kyle Edwards.

More importantly, he’s one of the hardest workers you’ll ever meet, he’s a consummate fan of professional wrestling, and he’s a great friend.

All the best, bud. Next time, dinner’s on you.