Whenever anyone compiles a list ranking various things within professional wrestling it undoubtedly leads to a great deal of debate and WWE’s RAW 100: The Top 100 Moments in RAW History DVD is no different.

The first two discs of the DVD collection contains the top 100 moments in RAW history and are presented in the form of brief clips along with commentary from the likes of Vince Russo, Mick Foley, The Rock, Stone Cold Steve Austin, Trish Stratus, Triple H, Shawn Michaels, Shaquille O’Neal, Seth Green, and many others. In some cases the clips appear to be brand new ones recorded for this collection, while in other cases it appears they were pulled from past WWE releases. 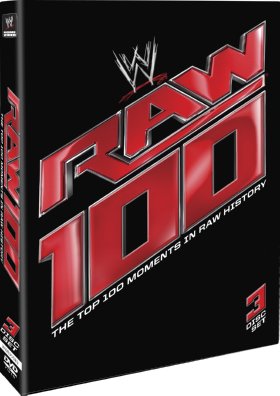 Taking this approach with the RAW 100: The Top 100 Moments in RAW History is a double-edged sword because while the commentaries do provide some insight into the particular moment, to keep the running time down the moment is only presented as a video clip instead of in a complete form. There are some moments listed that very clearly would have benefited from being presented in their full form as it is difficult to appreciate what made them special in the abbreviated versions that are presented. The running time for the complete RAW 100: The Top 100 Moments in RAW History is approximately four hours.

The second disc also contains a couple of bonus moments from the history of RAW, but without knowing where they would fit in the list it is difficult to assess their significance beyond strictly an entertainment value. The third disc contains the complete three-hour 1000th episode of Raw, along with a very brief feature on the making of the episode.

However, one of the more interesting aspects of the Top 100 Moments in RAW History is likely one that the WWE did not intend. By doing some analysis on the list it is possible to extract some really interesting data in terms of the number of moments that fall under a particular year. 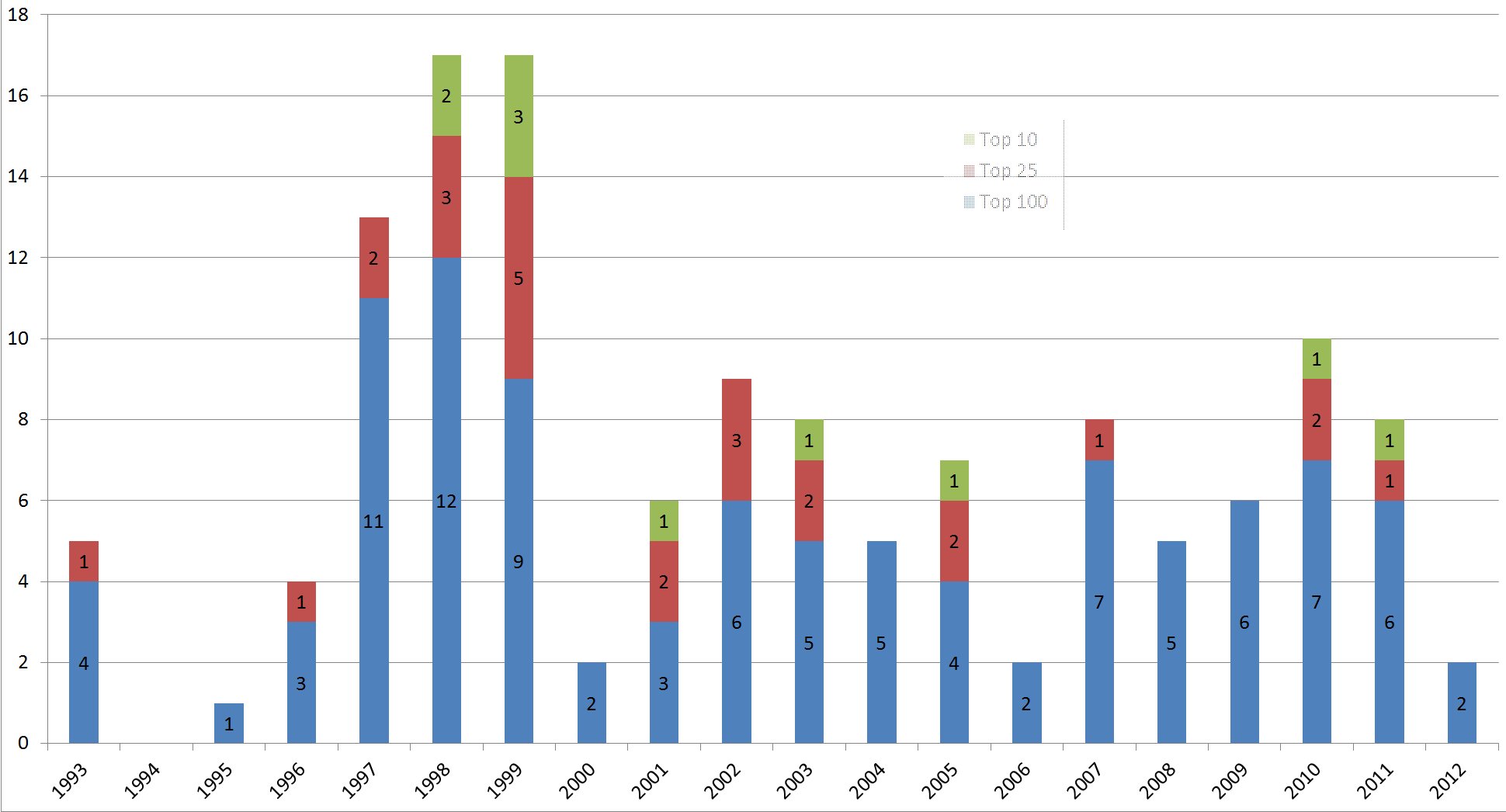 As the chart demonstrates the majority of Top 10, Top 25, and Top 100 moments happened unsurprisingly during the WWE’s Attitude Era. The significantly larger amount of Top 100 moments during this period is likely due to how strong the WWE’s entire roster was at the time. However, from 2001 to 2005 there were a significant amount of Top 25 and Top 10 RAW moments that occurred which demonstrates that the WWE’s transition from the Attitude Era at least at the main event level was doing okay, but at the undercard level perhaps was not as successful. The worst year in RAW’s history, at least according to this list, was 1994, followed by 1995, 2000, 2006, and 2012. The years 1994 and 1995 can be explained by the fact that the WWE was moving away from the more cartoon wrestling characters and had not quite figured out where to go next. The year 2000 is a bit odd as it was during the Attitude Era, but it was a year where Steve Austin was absent for quite a bit and Mick Foley retired, so those could have been factors. As for 2006 and 2012, they may be indications of cyclical downturns in the wrestling industry as the WWE struggled to transition to their next big stars and rebuilding the roster. 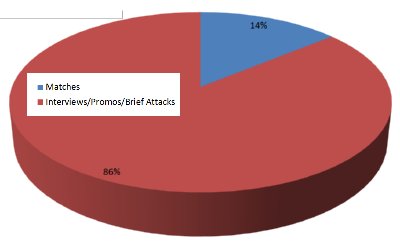 The other interesting aspect of the list is how few of the Top 100 moments are actually wrestling matches. Only 14% of the top 100 moments are matches, and out of those only two made it into the Top 25. While it was perhaps always expected that the number of interview/promo segments in the list would outnumber the matches, it is still a shock to see this great a difference between the two. Monday Night Raw, over its 1000 episodes, has witnessed a greater number of matches that should have made the Top 100 moments. Yet, in many ways the choices made with this list demonstrates where the WWE’s mindset is at nowadays, especially when four of the moments on the list are associated with the RAW host experiment that the WWE did for a number of years. Also, there were two moments included in the list that were just out-and-out head scratchers — the 1995 Tuxedo Match between Howard Finkel and Harvey Wippleman, and the 2004 musical chairs segment from Winnipeg when Eugene was the guest RAW general manager.

The Blu-Ray version includes an exclusive Legends of Wrestling Roundtable with Jim Ross, Pat Patterson, Michael Hayes and The Road Dogg looking at the history of RAW, that unfortunately wasn’t part of the DVD version which was reviewed for this article.

The RAW 100: The Top 100 Moments in RAW History DVD is an interesting diversion for a couple of hours, but at minimum should have included some of those moments in full, particularly the 14 matches included in the list. Thus, I can only recommend this collection for the rabid wrestling fan; for the casual fan it may be a bit confusing.