How the NFL’s Ron Pritchard stumbled into wrestling 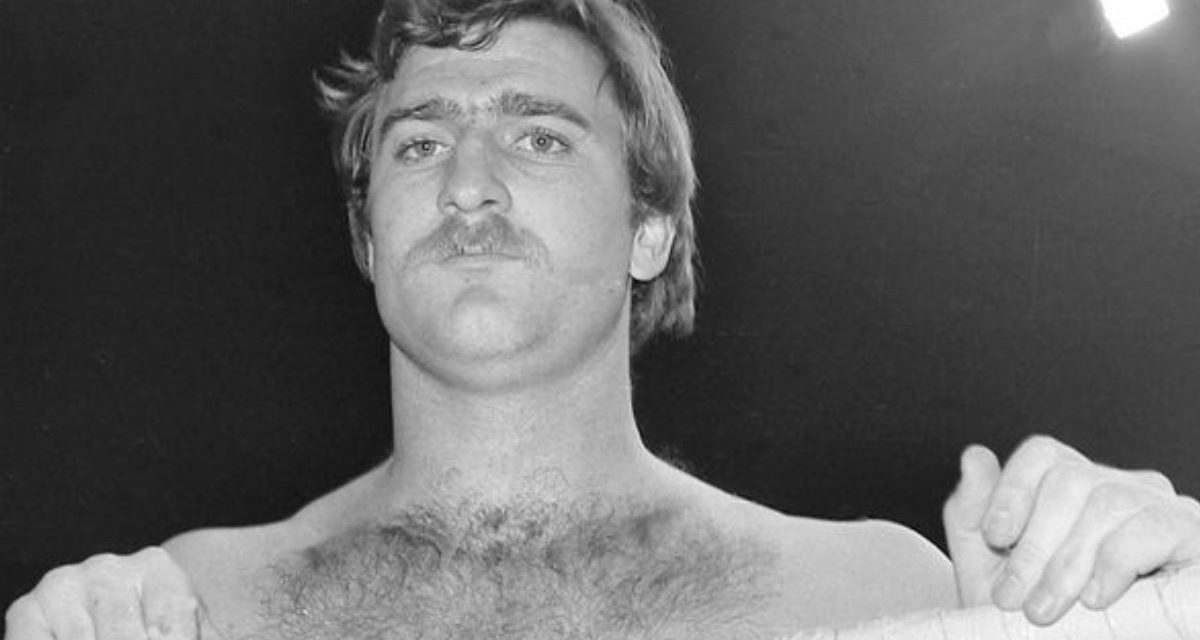 Ron Pritchard got a lot of publicity out of his wrestling sideline while he was still lining up as a linebacker in the NFL for the Houston Oilers and Cincinnati Bengals in the 1970s.

In fact, when he was traded from the Oilers to the Bengals, in part because of a conflict with a coach, the headline that ran on the Associated Press story was “Cincy Expects Large Assist From Professional Wrestler.”

Pritchard’s dalliance into the world of professional wrestling didn’t last too long, maybe five years, with a really brief comeback a few years later, but he sure remembers it all fondly. 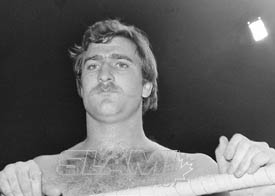 Ron Pritchard looks out at the crowd in Detroit. Photo by Dave Burzynski

“I thought it was great. It was the perfect stage for a guy like me that likes to show off, I like to have fun,” Pritchard told SLAM! Wrestling. “I liked the idea of how the business worked, it was just kind of interesting — it was like a circus, you know? My biggest asset was one, the NFL, two, I was a good athlete, and three, I didn’t hurt the veteran guys and they didn’t mind working with me because I wasn’t clumsy.”

He is playing down the “good athlete” part.

Though he was born April 2, 1947 in Chicago, Pritchard grew up in Antioch, California, starring at Antioch High School. As a linebacker in his senior year, Pritchard was All-County, All-League, All-Metropolitan, All-Northern California and an Honorable Mention All-America selection, and the East Bay Football Player of the Year. At Arizona State University, Pritchard continued to excel, and had a huge year in 1968 when he played in the College All-Star game, Hula Bowl, Senior Bowl, and East-West Shrine Game, where he was chosen as the game’s top defensive player. In 2003, he entered the College Football Hall of Fame.

The Houston Oilers of the AFL chose Pritchard 15th overall in the 1969 draft, and he’d play three seasons in Texas and another six with the Bengals.

As for the wrestling, it came about in Calgary, of all places, though he had worked as a bouncer in Phoenix with Wayne Coleman, the future Superstar Billy Graham.

After his first year with the Oilers, he was up north visiting his friend Bob Lueck, a fellow Sun Devil football player who was playing in the CFL and who had taken Stu Hart’s advice and given pro wrestling a chance.

“I went up there just to visit him for a week, my wife and I. By the end of the week, I was wrestling Stu Hart in Edmonton or somewhere,” Pritchard recalled. “I had the privilege of being trained in the Dungeon for a couple of hours, with Stu Hart of all people, and he never stretched me. He liked me for some reason. I think it was because I kept my mouth shut and was really serious about his business, and I wasn’t trying to be a big shot as an NFL player.” 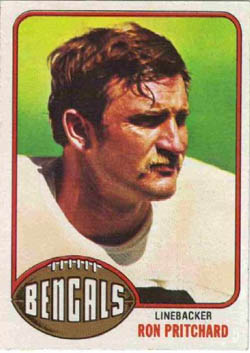 At 22 years of age, 6-foot-1 and 235 pounds, and his football career in full swing, Pritchard had no intention of wrestling, though had talked about it with Lueck. “The circumstances, the country storm was there, so that’s how it went,” he said.

From Calgary, where he only worked one match, Pritchard’s wrestling career doesn’t follow any sort of pattern, other than it was an off-season gig.

Often, he worked close to his Antioch roots.

“I’d work up there in San Francisco for Roy Shire, and then I’d go work in Detroit for The Sheik, then the Funks, which were terrific guys,” Pritchard said. “I could work basically anywhere because, again, with the NFL tag, I could go baby or I could go heel because of size and looks. I wasn’t no trouble to anybody.”

Pritchard say that the respect he paid to the veterans paid off. “I would listen to the vets, I would listen closely and want to do the right thing. I didn’t need to try to be something that I wasn’t. Everybody will tell you everything you want to know if you just listen to them and show some concern about what they do.”

He can still rattle off opponents. “I had the opportunity to wrestle with Ray Stevens and Pat Patterson and Superstar Billy Graham. Heck, I was on a battle royal with Bobo Brazil, worked for The Sheik — all these big names. They broke me in, liked what I did. I was on a card with Lou Thesz at one time, of all people.”

The part-time football stars of the 1960s and 1970s were never ones the cards were constructed around, he said. “I was sort of a little bit of icing on the cake that was already built and everything. I was just part of the card. It was kind of an interesting deal, because other guys had gone before me, like Wahoo McDaniel, Ernie Ladd, and all those guys — a lot of ’em. It was sort of unique, and I was good at it. I caught on fast and enjoyed it, enjoyed the performance.”

Pritchard said that his NFL colleagues enjoyed it too. “They liked it. It was a gas. They’d come out and see me wrestle. We had fun with it.”

Eventually, his time in pro wrestling ran its course. “Hey listen, it was just something to do. I thought about making it a second career, and I just didn’t.” 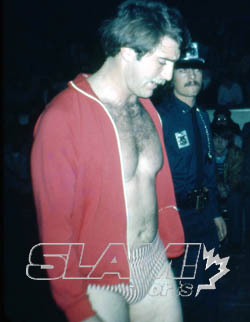 Ron Pritchard heads to the ring for a bout. Courtesy Chris Swisher, www.csclassicwrphotos.com

Part of the conflict he had with wrestling was that he had become a Christian.

“Because of the way the wrestling was handled, I felt a little bit guilty. I didn’t look at it as, ‘Hey, this isn’t lying or anything, this is just a business and it’s a circus-like deal.’ I kind of shied away from it. I didn’t want to project something I wasn’t,” he confessed. “Later, I started to realize that was silly. Everybody with half a brain knows that this is a show.”

Around 1981, Pritchard got involved with a small Arizona outfit that promoted Christian values on its cards, and had his last matches.

“I was screwing around locally, they had local stuff,” he laughed. “Never say die type of deal. Just very short-lived. I had some fun with it, and that was it.”

Short-lived also describes his post-football employment. Having moved back to Arizona in 1978, Pritchard has admittedly been a little at loose ends.

“I was in business a few times, working for different people, never really knowing what I wanted to do. But God’s always taken care of me well,” he said. “I’ve never been driven by the almighty dollar and I’ve never had a great passion outside of football or my Christian faith or my family … although coaching comes most close to my heart.”

To that end, he worked for five years as an athletic director for a Christian school for five years, coaches football at a high school, and helps out at his alma mater.

“There’s nothing that takes up a huge chunk of my time, it’s just a bunch of different things and all of a sudden, a day goes by,” he admitted.

A few years back, Pritchard’s name came up in association with his old friend Superstar Graham, who was facing serious health issues, in part because of regular steroid use during his wrestling career, and needed a new kidney. Pritchard offered his up, but it didn’t quite work out the way it was planned.

“At age fifty-five, Ron Pritchard — my Navajo Indian reservation opponent — just met the eligibility requirement as a living donor. But he was in fantastic shape, and wanted to volunteer. While preparing for surgery, he took a requisite MRI — never suspecting that doctors would find a cancerous tumor on his kidney the size of a quarter. Through Ron’s selfless act for an old friend, his own life was spared,” wrote Graham in his autobiography, Tangled Ropes. “He was also eliminated as a donor.”

Pritchard’s own health challenge was recent knee surgery, the need for which he blames on football, not wrestling, and a forthcoming shoulder replacement.

Still, he wants to stay healthy to be able to be involved in the lives of his five grandkids.