Though his originally announced role was simply a second to Wade Barrett as his Nexus boss challenged Randy Orton for the WWE Championship, John Cena ended the night as a champion and may face even more repercussions tonight on Monday Night Raw.

Before the main event of Bragging Rights gets under way, Barrett grabs a microphone and threatens that if he doesn’t win, his second, John Cena, the newest member of Nexus, is fired.

Orton takes an early advantage as a large “fire Cena” chant echoes throughout the building. Barrett begins a stare down with Cena on the outside. Orton lands a flurry of shots before Barrett takes control. Barrett moves to the outside to yell at Cena, but Orton takes advantage and jumps Barrett from behind while Cena moves away. Barrett counters Orton on the outside and drives Orton’s right shoulder into the ring steps. Barrett lands a top rope elbow drop for a long two count. Cena appears to be moving closer to the ring as the match progressed. The ref gets taken out and Barrett orders Cena to get in the ring. Nexus comes in and begins to attack Orton without a referee. Cena goes after Nexus as Barrett reprimands Cena. Orton builds up a head of steam as Cena interferes and hits an Attitude Adjustment on Barrett for a disqualification.

It is played up that Cena stopping Nexus prevented a DQ loss by Barrett, while his role at the conclusion assured Barrett a DQ win. Next time, Barrett will have to be more specific with his orders for his lackeys.

An opening video features the ominous mood of tonight’s Buried Alive match between Undertaker and Kane as it shows some recent video clips, and the show opens with a barrage of pyrotechnics. As Michael Cole, Matt Striker and Jerry Lawler run down tonight’s match card, a close up of the Bragging Rights trophy is highlighted. Then the lights dim, the graveyard set up for Buried Alive is shown.

Vickie Guerrero talks about Dolph Ziggler and introduces him for the opener.

The match starts out with some grappling and mat wrestling with each star reversing the others maneuvers. Ziggler constantly moves to the ringside area to avoid Daniel Bryan. Many near falls occur as well as constant use of the ropes by Ziggler. “Let’s go Bryan” chants resonate through the arena as Ziggler gets the upper hand on Bryan. Ziggler dominates most of the match with grappling techniques with Bryan on the defensive. Bryan begins an onslaught of kicks as he goes for a cover. A cool series of reversals including a top rope cross body reversal. Ziggler hits a high impact maneuver in which Ziggler believes he got a three count. Bryan reverses Ziggler’s sleeper hold into a Lebell Lock as Ziggler taps out.

Winner of the match via submission at 16:35 minutes: Daniel Bryan
Match rating- 7/10

After the match, both Vickie and Ziggler argue with the referee about the decision.

Promo: The Miz and Alex Riley are in the back talking about The Miz being Bryan’s pro on NXT. Their talk is subsequently interrupted by Sheamus and CM Punk claiming they should be Raw Team captains and Santino Marella requesting snacks and beverages.

“Dashing” Cody Rhodes and Drew McIntyre enter in wrestling gear with belts in hand. When they hit the ring, they take microphones and promote their dominance in the WWE’s tag team division. The promo is interrupted by Raw’s anonymous General Manager who books a match for the Tag champions. The Nexus music hits as Barrett comes out with a microphone claiming glory this evening as he introduces David Otunga and his partner John Cena.

Otunga insists on starting the match as Cody and McIntyre quickly exchange tags. Otunga gets out of danger and tags in Cena. Cena quickly takes control of the match and tells Otunga that he can take care of the match. Cena begins taking the brunt of the punishment as near falls are occurring. Cena locks in the STF and Cody taps.

After the match, Cena turns on Otunga and hits him with the Attitude Adjustment.

A promo for the Big Show’s movie Knucklehead is shown, followed by a a clip of the Goldust and DiBiase feud.

Promo: Ted DiBiase and Maryse are backstage with DiBiase claiming he will take his Million Dollar Belt back and he will deport Goldust’s girlfriend Aksana.

Match 3- Ted DiBiase with Maryse vs. Goldust with Aksana

Goldust enters the ring area with Aksana and the Million Dollar Belt. The match gets underway with DiBiase beating on Goldust. However, Ted quickly reverses. A very fast paced match with many near falls as well as reversals. DiBiase gets control as he slows down the pace of the match. DiBiase lands an impact spine buster for a long two count. A catfight occurs and ends with Aksana crying in the ring. DiBiase takes advantage and lands a DDT for the three count.

After the match, Aksana claims the Million Dollar Belt and flirts with DiBiase. Goldust sneaks up and lays out DiBiase as he keeps the belt.

A promo for the upcoming SmackDown vs. Raw videogame airs, along with more hype for the Bragging Rights trophy.

Lay-Cool come to the ring with matching belts making fun of the women of Minnesota as well as NFL superstar Brett Favre. Natalya takes control of the match with the use of power maneuvers such as a stall suplex. Natalya catches Michelle on the outside and puts her into the guardrail. A slap exchange occurs and Natalya hits another power slam. Layla takes her belt and begins to walk away as Natalya brings her back into the ring. After outside interference from McCool, Layla covers Natalya for the three count and the victory.

The lights dim and a camera shows Josh Matthews in the grave as he explains the rules to the Buried Alive match, and a video package is shown hyping the Buried Alive Match and the feud surrounding it.

The Undertaker makes the first entrance with his normal ominous entrance as Michael Cole points out the Undertaker has wrestled in all four previous Buried Alive matches. The match begins on the outside as Undertaker takes control. Kane tries to escape the wrath of Undertaker by going into the crowd where his older brother continues the beat down. Undertaker brings Kane back into the ring area and throws some steel chairs into the ring. The fight goes back into the crowd with Kane still taking a barrage of hits. Kane gets into the ring first and hits Undertaker with a flurry of chair shots. Undertaker takes two choke slams in the middle of the ring as Kane begins to carry Undertaker to the gravesite. Kane tries to avoid the onslaught and ends up on the gravesite. Taker sits up and puts Kane into the Hells Gate on the top of the gravesite when Paul Bearer appears. Kane is rolled into the grave leaving Paul Bearer alone with Undertaker. As Bearer pleads, Undertaker puts his face into dirt. The Nexus appears and begins to attack The Undertaker. Kane begins to escape as the Nexus beats up Undertaker who gets put into the grave. Justin Gabriel and Heath Slater begin to shovel dirt as Kane uses his powers to lower the forklift filled with dirt.

The lights go out and a gong sounds. A lightning bolt hits the burial site and Undertaker’s logo appears on the headstone as winds blow through the arena.

Backstage, Josh Matthews is interviewing Randy Orton. Orton claims that if Cena interferes, he will take him out.

John Morrison and Tyler Reks begin for their respective teams with Reks getting a quick advantage. Morrison takes a quick advantage and tags in Santino Marella. Santino sets up the cobra and is slammed by Reks who gets a pinfall. Tyler Reks eliminates Santino Marella via pinfall at 3:00 minutes. Ezekiel Jackson comes in as Big Show gets tagged in. Show tags in Mysterio who quickly tags in Kofi. Jackson begins dominating Kofi fairly quickly. Sheamus tags in and goes for a quick pin. Kofi gains momentum and nails a boom drop. Sheamus nearly gets put away with a SOS. Sheamus nails a high cross to get the three. Sheamus eliminates Kofi Kingston via pinfall at 7:10 minutes. Rey Mysterio and CM Punk quickly enter the ring. Del Rio tags himself in and goes after Punk. Del Rio turns on Mysterio and puts him into the guardrail before turning his attention to Punk. Rey seems to have hurt his hand and is taken away by trainers. Swagger comes in and begins attacking the Straight Edge advocate. Swagger lands a power slam on Morrison and attempts an ankle lock. Morrison lands a Starship Pain for the three. John Morrison eliminates Jack Swagger via pinfall at 13:00 minutes. Tyler Reks and Sheamus get into the ring and begin brawling. Sheamus eliminates Tyler Reks via pinfall at 14:00 minutes. Big Show comes in and takes the fight outside. Big Show and Sheamus are eliminated via double countout at 14:30 minutes. Edge lads a picture-perfect spear on R Truth and covers him for the count. Edge defeats R Truth via pinfall at 15:40. Edge stays in and hits Morrison with a spear for the count. Edge defeats John Morrison via pinfall at 16:10. CM Punk comes in for Team Raw and executes a roll up for the pin. CM Punk eliminates Alberto Del Rio via pinfall at 17:00 minutes. Rey Mysterio returns and attacks Del Rio as he returns to the match. At this point, Team Raw leads Team SmackDown with three members to two. Miz and Jackson tag each other in to work on Edge. Miz is hitting many moves as he tags in Punk who still has momentum. Edge hits an electric chair drop as both Edge and Punk are down. Mysterio is tagged in and takes the fight to Punk. A series of pinfall reversals occurs between Punk and Mysterio. Rey hits a 619 and splash to make it a tie. Rey Mysterio eliminates CM Punk via pinfall at 23:00 minutes. Ezekiel Jackson and Miz are the final two in for team Raw as Team SmackDown still has Mysterio and Edge. Mysterio lands a 619 on Jackson for a pinfall. Rey Mysterio eliminates Ezekiel Jackson via pinfall at 25:00 minutes. Alex Riley puts himself up to take the punishment and save Team Raw with Miz being the only combatant left. Edge gets tagged in and hits a spear for the win. Edge eliminates The Miz via pinfall at 27:00 minutes.

Following another Knucklehead movie promo, a feature on John Cena and his run with the Nexus is broadcast.

The show was superior to other recent WWE pay per views. It had far more excitement as well as a better card. The pairings of Barrett vs. Orton and Bryan vs. Ziggler certainly did not disappoint. The low points of the show had to be the Divas and Tag Team Championship matches which did not do much for the live crowd. If you missed this show, you should try to pick it up on DVD. One of the better WWE pay per views of 2010. 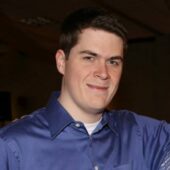