‘Basebrawl’ set for Thursday in Buffalo

BUFFALO, NY — Just a couple of weeks after WWE’s RAW juggernaut has swooped in, done their shtick, and taken off again, the wrestling fans of Niagara areas on both sides of the border are ready to welcome back what has become a summertime tradition in The Queen City: The Ballpark Brawl taking place at Dunn Tire Park on Thursday, August 23rd. 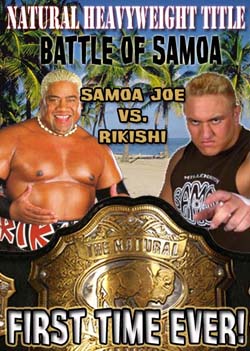 The event is actually starting at noon, before the Buffalo Bisons baseball team squares off against the Pawtucket Red Sox, with three matches featured outside of the stadium. Chris Hill, Director of Sales & Marketing for the Bisons and brainchild behind the Brawl, describes the pre-game show as “kind of a taste,” and hopes it will act as a tantalizing teaser for the casual baseball fans and encourage them to stick around after the game. “We’re having a Rumble match, our first Inter-Gender match with Cody Deaner and Crystal Banks against Cody 45 and Sara Del Ray, and our second annual Young Lions match-up.”

The Young Lions match-up is a true preview for the show, since it features a spot for the winner in the main show’s Six-Man “Futures” Elimination Match. This part of the show is cherished by Hill, who feels that the Ballpark Brawl, now in its eighth edition since beginning in 2003, has developed a real personality as a showcase for young talent. “In our first show we had no local talent,” remembers Hill. “I got a lot of heat for that, but I didn’t know who the local talent were. Now I have the two top talents in Jimmy Olsen and Super-Xtremo, whom Ontario fans know as Xtremo, but when he crosses the border he becomes Super-Xtremo.”

Now Hill considers it the Brawl’s responsibility, and best quality, to give young talent a big stage on which to make a name for themselves. “We try to be two to three years ahead of the curve,” he explains. “Our angles run year-to-year in some cases, but we generally don’t have running angles. We are always looking at what other people have done and we try to fill in the blanks, and we look at feuds that never ended and we finish them.”

The young talent, it turns out, becomes the perfect way to bolster a storyline that features the culmination of an unfinished narrative. Not only does the inclusion of up-and-comers allow Hill to mix some fresh faces along with the familiar, but there’s also a pragmatic reason that he seeks out new talent: his budget. “If you’re going to make money, you can’t have all legends,” he says. “It’s too expensive. But you can’t have young, untalented people who will work for free.” He admits to working hard, talking to a lot of people, and looking through tapes as he tries to find the right mix of legends and wrestlers he hopes are future legends. 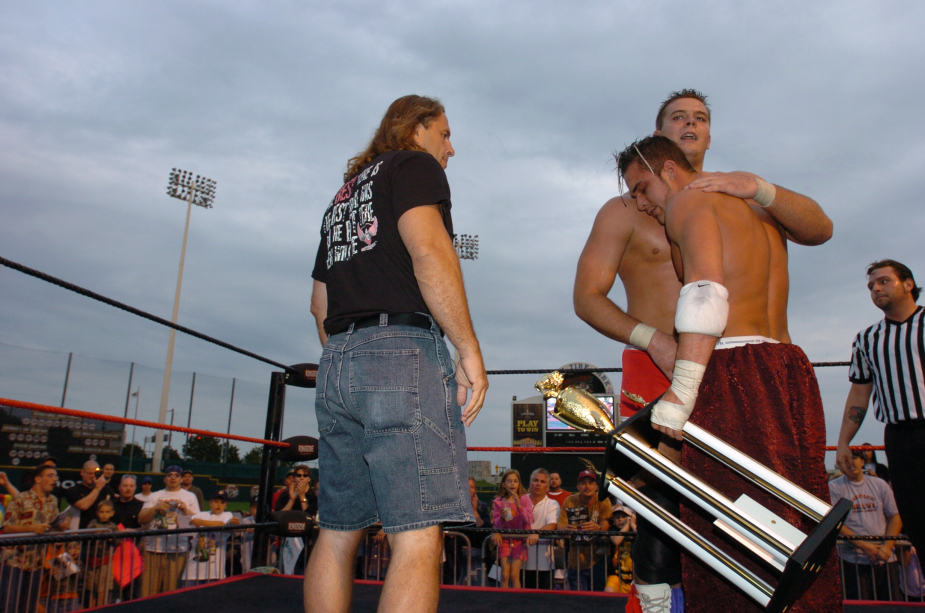 “When we got the Hart Foundation together again, we got Harry Smith in, Teddy Hart in, and Nattie Neidhart’s first match in the U.S.,” he recalls fondly. “Now when that whole crew gets brought up to the WWE, if they don’t screw it up, people will remember ‘Hey, I saw them in ’03 in Buffalo.’ Charlie Haas was a great champion for us until he got signed back with the WWE. We have them for a short time and we have to take advantage of that.”

Now that Hill has gotten the ball rolling with those names, he becomes audibly energized in promoting the other wrestlers he’s bringing in. “This is our Wrestlemania,” he states. “I am known to overbook a show, but I want people to feel that every match had a purpose.”

Hill’s biggest catch, literally, was getting Kishi (having left the “Ri” behind in the WWE) to take on Samoa Joe in the main event. “When you have to find someone for Samoa Joe it’s hard — he’s wrestled everyone,” Hill explains. “I have to find someone for him that will make people say ‘I want to see that match’. When Kishi came up I thought it was perfect. Besides, it’s not everyday you get someone that you have to buy two plane tickets for!” — and he’s not kidding, as Kishi requires two seats, round-trip — “This is Kishi’s opportunity to wrestle against the man many consider to be the top performer in the industry right now. Also, this is Joe’s opportunity to go up against someone that huge.”

Beyond the main event, though, Hill’s intent is to create a total show, one that tells a contained story within one night and still has people wanting to come back next year. “Every single match on the card is a main event somewhere,” he claims. “I hate shows where everything builds to the main event. Of course the main event is huge, but the rest of the card can’t be crap. For us, it’s always been the same thing: it’s been 100 percent about the matches.”

The Brawl has also developed its own genre, insofar as Hill having to keep things family-friendly in order to even use the venue and not tarnish the reputation of the Bisons in any way. “I would never do anything that would hurt the ballpark,” he insists. “When Teddy did his leap off the screen (with a moonsault off the scoreboard that has become a legend of Dunn Tire Park) I had nothing to do with that — that was all Mr. Hart.” As for the hardest part for Hill in putting this show together? “My boss is not a wrestling guy. I have to explain why this is important.”

Still, as Hill explains his vision of a family-oriented wrestling show, it becomes clear that he is putting on the kind of show he wants to see, and not just feeling the pressure of his dual-position in the Bisons hierarchy. “I love the Stone Cold character, but everybody wants to be that character now,” he says. “The thing is, it took Bret Hart and Steve Austin to make that character work when they did the double-turn at Wrestlemania. That can’t happen in every match. But the traditional good guy versus bad guy can and does work on every show.”

Hill even argues for the need to have, as he puts it, “cartoon” style heroes and villains in wrestling. “Everybody wants to have these grey areas,” he laments. “The reality is that good guys versus bad guys work. It’s what makes wrestling fun. It’s an escape. There’s enough grey in real life, so sometimes we need a little black and white.”

The most important thing, from Hill’s perspective, is that his style is reaching the fans. “We have consistent sales every year,” he states proudly. “I’m not trying to re-invent the wheel. A lot of it is what made wrestling popular to begin with. You can’t always have twenty minutes of hurricanranas and breaking through tables. You can’t just have divas wrestling because you have to have good female wrestlers and allow them to go.”

“We’re just a few short days away from the biggest indie show in the area,” Hill finishes, sporting his best promoter’s persona. “Let others judge if it’s the best indie show in all the U.S. as well, but people leave knowing they got a complete show.”