When one thinks about enjoying fine art, thoughts of going to the opera may come to mind, or reading classical poetry with a nice glass of wine, or how about attending an art gallery exhibition to view several Mexican wrestlers beat the hell out of each other. 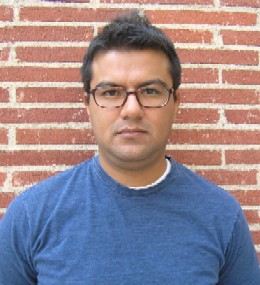 On February 15, 2006, the Los Angeles USC Fisher Gallery debuts Match Dual Presence, the work of Mexican artist Demián Flores Cortés, running until April 15, 2006. With this dual-site (Los Angeles and Tijuana) exhibition, the Oaxacan artist attempts to convey the complexities of the fusion of American and Mexican cultures and acts as a bridge between the two.

“I come from a very small town, Juchitan, Oaxaca, in the southeast of Mexico, where global impact is kept in check by our strong, rooted culture. However, I’m interested in working on the part that works its way into on our culture, gets integrated and blended,” Flores told SLAM! wrestling. “My work creates bridges between Mexico and different cultures. With North America, the process is unique because of the excessive influence and impact from commercial and media mediums and the cultural multiplicity that people live with.”

“Flores’ way of representing the world, both ancient and contemporary, makes him an artist from Oaxaca who both acknowledges his roots and transcends them in the manner as potentially significant as that of a Rufino Tamayo, a Rodolfo Morales, or a Francisco Toledo,” stated Fisher Gallery Director, Dr. Selma Holo.

Flores works in the Pop Art medium, an art form that makes use of themes and techniques drawn from common imagery such as product packaging, comic strips, celebrities and advertising. Andy Warhol and Roy Lichtenstein are two of the most representative and best-known artists in this field. In Warhol’s art, we see popular items like Coca-Cola bottles and celebrities faces, like Marilyn Monroe and the famous Campbell’s soup can whereas Lichtenstein’s work borrowed heavily from advertising and comic book styles. In Demián Flores’ case, a great deal of his inspiration comes from the canvas of the squared circle.

This is the first major United States solo exhibition of Flores, who is being touted as one of the most exciting Mexican artists of his generation. Translating symbols of popular culture in Mexico through printmaking and painting, Flores focuses on sports imagery, such as baseball and lucha libre to express himself. 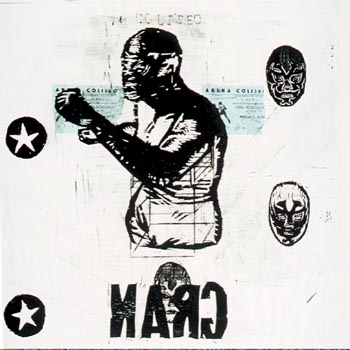 And why not — lucha libre (Mexican wrestling) is enjoying a renaissance in Mexico. For many years, it was considered the “black sheep” of Mexican culture. Many Mexicans have denied ever going to the arena to cheer on their favourite hero or going to the movies to watch Santo and Blue Demon vs The Monsters but they did.

“When I was a boy, my father took me to the arena to watch the wrestlers,” recalled Sergio Ornelas, a 20-something from Guadalajara. “As I got older, things changed and suddenly I felt silly cheering on a guy wearing a mask and cape. What was once the coolest thing suddenly became the cheesiest thing.”

But kitsch appeals to us on the very basic of levels. As time passes, a place in our heart opens up allowing us to reminisce, and nostalgia is born. 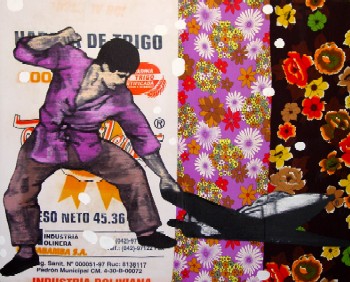 Mexican artists such as Demián Flores are drawing inspiration from the fantastic and flamboyant world of lucha libre and have begun employing its tradition into their art. By blending pop culture figures with social and even political commentary, Flores helps deliver a message to those who want to listen.

“As in lucha libre, life is an endless struggle between good and evil; it has so many similarities with reality that it’s a metaphor of every day life. In essence, lucha libre has gone beyond its sports nature and fused itself into Mexican culture as a manifestation of the identity of the people,” explained Flores.

Flores’ art is quite complex yet simple. He employs an interesting procedure of superimposing a variety of printing techniques on top of each other. First an image is etched, and then a wood cut is superimposed, followed by screen print and collage. His pictures have a real sense of motion and energy to them. (And they’re just damn cool!) 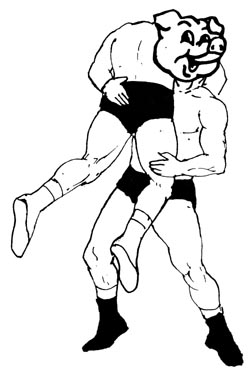 Lucha Libre Mexicana is an important phenomenon and placing it in a new context not only highlights its theatrical value but most importantly its cultural value.

Amidst all this art, stand the tag team terrors, Los Chivos (Enigma de Oro and Kayam), preparing for the exhibition. Visitors attending the show will be treated to a live demonstration by the two grapplers, who have a family wrestling history spanning over 60 years.

“We’re going to do a ‘hold-to-hold’ display of technique and form so that the audience can appreciate the artistry in everything we do from head to toe,” Enigma de Oro told SLAM! Wrestling.

These rudos might be ruthless in the ring but they are definitely a class act outside the ring.

“We’re honoured to be associated with such a great institution at the University of Southern California. I’m just so proud that I’m beaming, I’m ecstatic! I will give it all my heart and blessings to be involved with Demián and his exhibition,” said Kayam.

“The sport of lucha libre is very unique. From the gear of the mask, to the cape right down to the boots, the luchador has a gallantry all his own,” said Kayam.

“Yes, definitely the mask itself is a work of art” added de Oro.

“Our mask is our life, our respect for tradition and to all the great luchadors from the past such as Mil Mascaras, Blue Demon, El Santo,” said Kayam. “It is out of respect for them that we wear these masks in tribute to them and all the legends from the past. We respect this fabric as they did and as it should be respected in the professional wrestling world.”

“I totally agree,” added Enigma de Oro, shaking his head. “I respect the mask and what it means. To lose the mask would be the end of my career. I would definitely retire. I may do as El Santo did or Blue Demon did and be buried with my mask on.”

“Artists like Demián Flores see right away the artistry in lucha libre, our culture of wrestling and he’s promoting something that has been laying dormant for so many years. I’m just so proud that it’s now coming into the limelight,” explained Kayam. 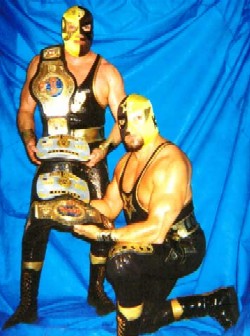 The two second generation wrestlers have their feet firmly planted in the traditional ways. Just as a Japanese samurai would pass on his legacy to his sons, so did their father, Chivo Garcia. “Our father was the legendary Chivo Garcia, who wrestled in the ’50s and ’60s,” said Kayam. “We’re following tradition, in his footsteps, God rest his soul, this was his legacy and we’re living it and respecting it like a religion.”

As a filmmaker and a writer in Toronto, Michael Paszt spends much of his time in México, where he is a columnist for the weekly magazine specialized in Lucha Libre, Super Luchas. He can be emailed at [email protected]. 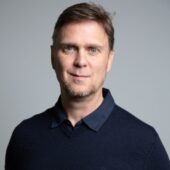