Injuries are a bitch

So here I sit in Windsor, Ontario recovering from major knee surgery. I have tried four times over the last three weeks to write this column, and it seemed to have been cursed. Each time I tried I would finish the column and something would go wrong with whichever computer I was on. Now as I sit at Coach D’Amore’s palatial abode recovering from possibly a career ending (hrumph yeah right!) injury I am comforted by the knowledge that this column will work dammit!

I had planned on basing this column around the X division style and its pros and cons leading up to Destination X, but since it’s over and I’m laid up I think I’ll cover injuries in wrestling.

Definitely one of the hardest things in life to deal with is any injury. They are physically taxing. Emotionally draining. And psychologically destructive. And when you are a wrestler this can be doubly so.

When you are an athlete in any sport injury is always one of the prime concerns. In wrestling though, it’s a little more complicated than most other professional sports. Why you ask? Because usually in wrestling there is no medical coverage whatsoever.

If you are an up and comer indy star and you get hurt. You’re basically screwed. 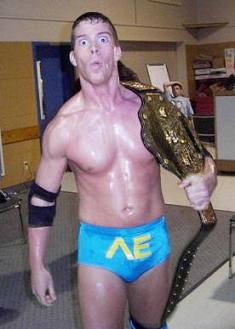 Let’s take the perfect example of Tyson Dux. Last year Tyson was on a roll. Heavily being scouted by the WWE, Tyson was gearing up for the Super 8 tournament when in a freak accident during a dark match for the WWE, Tyson blew his knee out. Now for weeks Tyson had been told that the WWE was going to have a spot for him and that his contract was “on the way.” But almost immediately after being injured he was informed that there was no way to sign him while he was injured. As well he had to miss out on the Super 8, which is THE indy card that has made and catapulted indy careers for 10 years.

Now this might have destroyed a lot of guys, crushed their spirits. But thankfully for us with Tyson this is not the case! After recently speaking with Tyson I am happy to say that he is back in action. He is competing in this year’s Super 8 and is on his way back to being one of the best performers in wrestling. But that was a year off his life unpaid and unnoticed. Go get ’em Tyson, show ’em what Canadians are made of.

Take a look at the rash of major injuries in wrestling in the last few years. Angle, Benoit, Edge, Lita, Matt Hardy, Triple H and even Vince, to name a few, have suffered some pretty bad injuries. Hell, Vince is in a wheelchair thanks to two quad tears.

Now these guys aren’t so bad off because they have the mega money machine of the WWE behind them. But think of all the young and crazy workers that you have seen do ridiculous things to try to get themselves over who have injured themselves horribly. What about these guys? How do they survive? It’s a hard road. Some have insurance that they can call upon to help pay for medical bills, but some don’t. Others have good day jobs that have medical coverage that can help, but most don’t.

It’s a very tough spot to be injured as a pro wrestler, mostly because of the worry. What worry you ask? No, not the financial worry. Nor is it the physical worry of will I be all right.

No, the truth is that most of the worry guys will feel is the “what about my spot” worry.

Most pro wrestlers — at least the ones that I know — care more about their place in the company and whether they will be on TV than if they will be injured for a long period of time. It’s part of the sickness that Roddy Piper talks about in his book. It was my worry when I got hurt until I found out that TNA had already named a replacement for me. This is the reality of it. My spot may not be there when I get better. But such is life. There are no guarantees in this business. That is one of the realities that young up and comers had better realize before they get too far in.

Now, if you love wrestling like I do then you take stuff like being injured with a grain of salt. As its been said “this ain’t ballroom dancing.” And injuries come with the territory.

I don’t mean for this to sound like a bitch session or a complaint. I only want to point out to any aspiring wrestlers that it’s not all sunshine and lollipops — we could use a couple more lollipops though!;} — and there are some real hard life lessons to be learned in this biz.

My spirits are back up. Yeah, I was down a little for a few days but anyone who knows me knows I have ADD and can’t stay down for long. I’m too friggin’ stubborn.

Hope that gives a few of you a heads up and doesn’t completely turn you off wrestling but some things need to be said.

Next week, I’ll touch on some of the more enticing sides of wrestling. As well as will do a rundown analysis of the upcoming Wrestlemania card. Till then Stay Hot kiddies.