VANCOUVER, BC – The WWE returned to Vancouver for a Raw house show Friday night, but only drew about 3,000 people. Some of the advertised matches never took place and the lack of real star power did not help this show. Overall it was pretty good but I have seen much better for a house show. I’m surprised it was not cancelled with the poor turn out. Many of the floor seats were empty and I have never seen that at a WWE show before.

Standard match with tag champs controlling the pace. Lot of double teaming by the champs who won with a twist and roll move on Rosie.

Coach comes to the ring with a lot of heat from the fans to conduct and interview with Eugene. Eugene enters to a huge pop. Coach says he will be Eugene’s friend since nobody likes him. Coach says Eric Bischoff told him since Eugene is the acting GM for this Monday’s Raw that he could have a match with anyone in the locker room. Eugene chooses Coach.

Ordinary match with Eugene getting the pin by Rock Bottom/People’s Elbow.

Palumbo rips Canada and then Maven enters and interupts. Maven tells Palumbo to shut up and reminds him about his sexuality and his boyfriend Billy Gunn. Garrison Cade runs out from the back and attacks Maven from behind. Palumbo and Cade both beat on Maven and then Val Venis comes in for the save. What was supposed to be a singles match became a tag match. Boring and crowd was not into it. Palumbo pinned Maven to get the win.

Regal comes out to a huge pop. Richards comes out to a mixed reaction. As the match progressed the crowd all stood up and started chanting REGAL, REGAL, REGAL! Pretty entertaining match and the finish came when Regal landed a hard knee to Richards face.

Batista came out to a good pop until he started trashing Canada and Chris Jericho. Crowd turned soon after. Batista wins by a cross bodyslam after Rhyno missed the gore. Nothing special came out of this match.

Lita comes to the ring and she calls out Matt Hardy so she can explain for the umpteenth time about what happened with Kane. Matt’s music hits and on his way to the ring he was attacked from behind by Tyson Tomko. For whatever reason the crowd turned on Lita during the Hardy-Tomko match and started chanting “You screwed Kane”. Matt won the match with the Twist Of Fate.

A good match with a lot of crowd reaction. Before the bell rings Edge says the crowd chanted “Spear The Queer” and then Orton started walking around the ring acting like he was gay and then he approaches the referee and blows him a kiss and Orton puts his hand to his ear hinting for the ref to call him sometime. Orton then pulls the back of his tights ala Rikishi and continues with the gay theme. It was very funny and Orton sure got the crowd right into it. At one point during the match Orton grabs his belt saying he’s had enough and then two young girls standing ringside caught his attention. Both girls kissed him on the cheek and Orton gave them a hug and returned to the ring. The finish came when Edge missed the spear and Orton hit the Snake-eyes on the exposed turnbuckle. He then rolled up Edge with assistance from the ropes for the pin on Edge. Orton left to a huge pop and surprisingly the crowd chanted “Edge Sucks”. The match was pretty good but all the pre-match mudslinging between Edge and Orton was hilarious.

The crowd had no idea who Bucci was. Tajiri came out to a big pop. Match dominated by Tajiri with the win coming by a hard kick to Bucci’s head. Tajiri along with Orton in the match before did a good job to wake up the quiet crowd.

Victoria and Gail Kim both came out to a large reaction from the crowd. This was originally supposed to be a triple threat match but for whatever reason Trish Stratus was a no show. Victoria controlled the match and won by pinfall with her finisher. Pretty good match.

This was a submission match. The crowd was into Benoit big time and ripping Kane with the “You Tapped Out” chant. This was nothing like the match we saw on Raw this past Monday. Chants of “Boring” could be heard throughout most of it. Benoit had Kane in the Sharpshooter and Kane made it to the ropes for the break. A few minutes later Benoit got the Crossface locked in but Kane once again made it to the ropes for a break. Benoit got out of the Chokeslam and once again locked in the Crossface and Kane tapped out. The crowd erupted then a fan threw a Canadian flag into the ring and Benoit held it up with his belt in the ring and down the aisle back to the dressing room. 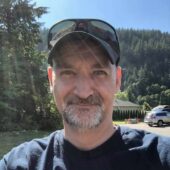