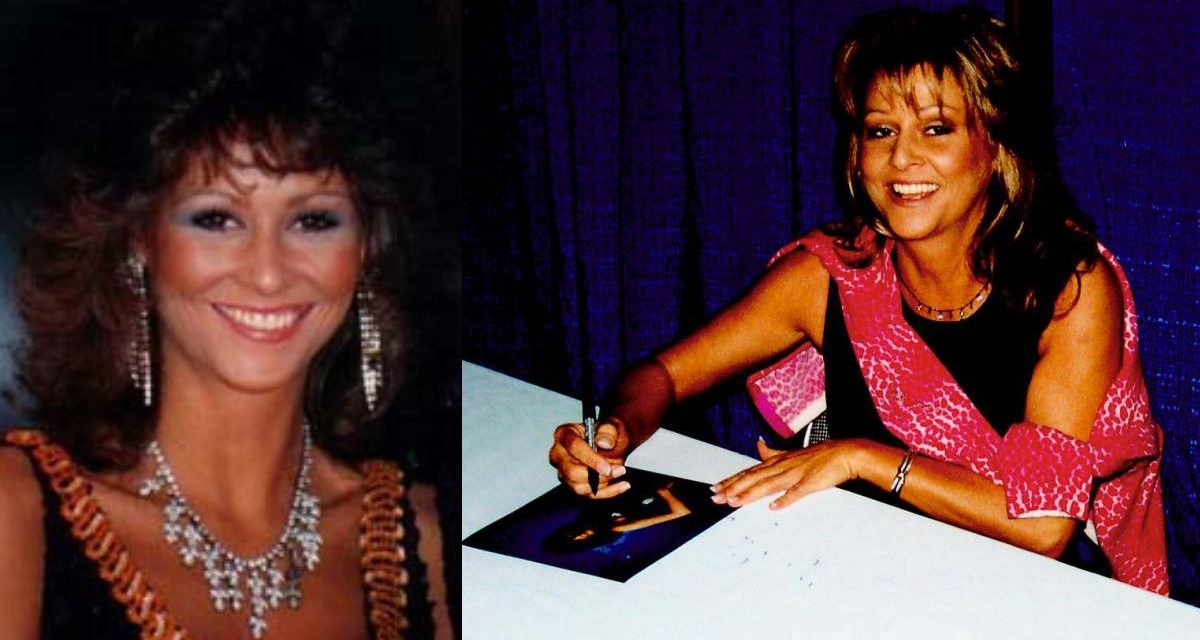 Police in Cobb Country, Georgia, are still not sure how eighties wrestling star Miss Elizabeth died Thursday morning. According to WSB-TV, an autopsy report released by the Cobb County Medical Examiner described the results as inconclusive.

“We don’t have anything right now that shows there’s a clear-cut cause of death,” Hal Bennett, a forensic investigator for the Cobb County medical examiner told WBS-TV Friday. Law enforcement officials do not suspect foul play. Blood and tissue samples have been sent to the Georgia Bureau of Investigation for analysis and toxicology tests but it may take months to know the results.

While probing Hulette’s death, police found a controlled substance in Lex Luger / Larry Pfohl’s townhouse and arrested him. WSB-TV reports that the substance in question was identified by investigators as “a large quantities of anabolic steroids”. Police also found such drugs as Xanex, testosterone and hydrocodone. Pfohl was charged with 13 counts of felony purchase, possession of a controlled substance, one misdemeanor count of possession, sale and distribution of a drug called Saizen, a synthetic growth hormone. Pfohl posted a $25,000 bond and was released by police early Friday.

Elizabeth Hulette (Miss Elizabeth) was described as “gravely ill” when she was rushed to hospital early Thursday morning after a call to emergency workers was placed by Pfohl from his home. Hulette died shortly after arriving at Kennestone Hospital. Hulette was 42.

Local police had responded to a domestic disturbance at Pfohl’s home on Easter Sunday. Pfohl was charged with battery and was released on a $2,500 bond at the time. Pfohl was accused of punching Hulette in the face.

Described by many as the “First Lady” of professional wrestling, Hulette was a major name in WWF during the 1980s as the manager of her real-life husband at the time, Randy “Macho Man” Savage. Savage and Hulette joined the WWF in 1985.

On his website, Savage posted a short message yesterday. “I am deeply saddened by this news, and our thoughts and prayers are with Elizabeth’s family,” he wrote.

The WWE posted a message expressing their remorse over Hulette’s death today. “We are saddened to hear of the death of Elizabeth Hulette. Miss Hulette played the very popular character of Miss Elizabeth in WWE from 1985 to 1992. She finished her career at WCW, from Jan. 1996 through Jan. 1999. We at WWE send our sincere condolences to Miss Hulette’s family,” read the statement.

James Myers, known better to fans as the wrestler George ‘The Animal’ Steele, was saddened to hear the news of Hulette’s death when contacted by SLAM! Wrestling. Myers, who worked an unforgettable “crush” angle with Savage and Hulette in the eighties, remembered her as wonderful woman and hoped that her death would bring about some positive change.

“I had nothing but respect for her. I think she carried herself in a very respectful way during the years I knew her,” he said. “It’s sad to see a person that young die,” Myers continued. “It’s such a waste. Maybe these (recent wrestling-related) deaths start opening some eyes and change some lifestyles. Maybe it’s not all in vain.”

The Kentucky-born Hulette met Savage in a gym, and worked with the Poffo family’s International Championship Wrestling for a time. The family patriarch, Angelo Poffo, shared a quick memory with SLAM! Wrestling. “She was a hard worker, she worked hard,” said Poffo. “She took a lot of chances in the ring and a lot of dangerous bumps.” He hasn’t spoken with her since her divorce from Randy.

At her peak in the WWF, Hulette was so recognizable and popular that she was the focus of many major WWF storylines during the wrestling boom. Many of the angles revolved around the pair’s off-again, on-again love affair. Savage even proposed to Hulette on a WWE television broadcast in 1992 and married her at the SummerSlam pay-per-view even though the pair were really married in 1984. An episode of Lifestyles of the Rich and Famous was even filmed about the pair.