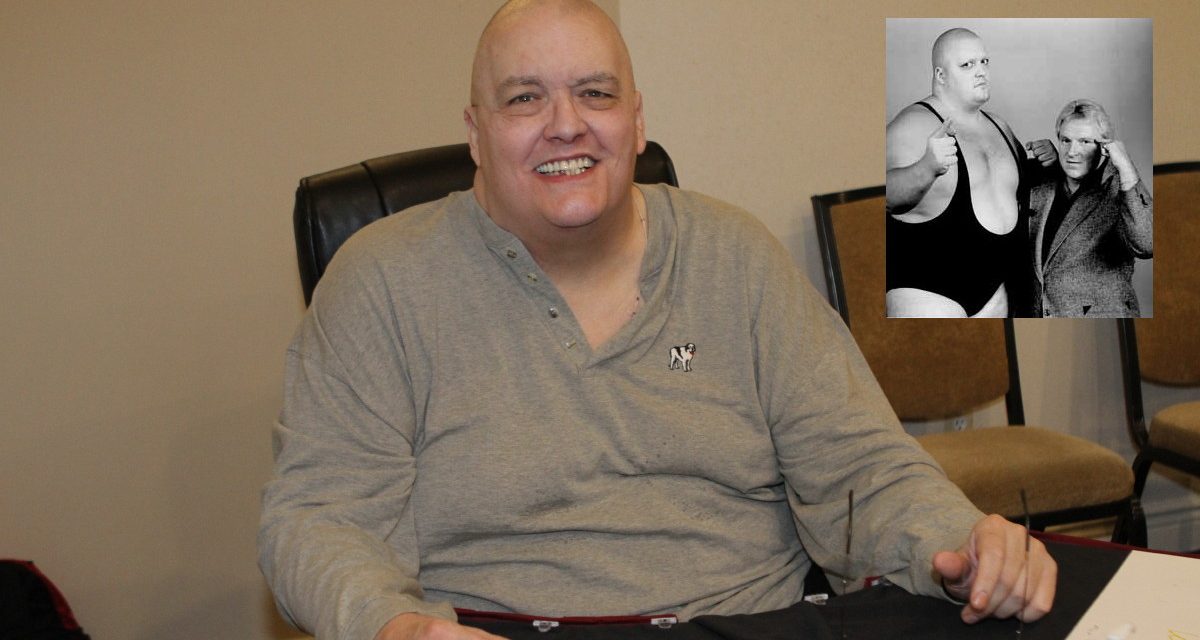 When WrestleMania comes around, inevitably the conversation turns to the most memorable moments in the supercard’s history. For many, one such moment is the sight of a 400-plus man dropping a mammoth elbow on the helpless midget Little Beaver at WrestleMania III.

The behemoth in question is the legendary King Kong Bundy, who recently sat down with SLAM! Wrestling to share his thoughts on his career, including his WrestleMania memories.

Bundy, real name Chris Pallies, was one of the biggest names in wrestling in the mid-’80s. A huge man, his wrestling arsenal consisted mainly of big impact moves like the Avalanche and giant splash, after which he would pin his hapless opponent for the infamous “Five!”, since, as Bundy often said, when you were pinned by King Kong Bundy, a three-count wasn’t good enough… he wanted you to know you had just been beaten by a better man.

That formula ultimately took Bundy to the very top of the WWF, an unlikely destination for someone who virtually fell into the wrestling business by mistake. 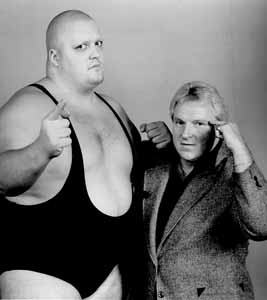 “How I got into wrestling was by a fluke,” Bundy explains. “My brother was an elementary phys ed. teacher, and one of his students was the daughter of Dick Woehrle, who was a WWF referee. So my brother asked her if her father could get him some tickets to wrestling. Well somehow Dick got the message that my brother wanted to be a wrestler, picked up the phone book, and called me instead by mistake. I was around 23, just kind of drifting aimlessly at the time, and figured why not give it a shot.”

Early on in his career, Bundy worked for some time in the Pennsylvania regional scene, where he was used primarily to elevate other stars. “I used to get beat three times a night,” he remembers. “Everyone wanted to wrestle me so they could beat a big young guy on TV.” The exposure he received there, and in a few southern territories, eventually got him noticed by the WWF.

He joined the company in 1984 and immediately made an impact. His first historic moment came at the inaugural WrestleMania, where he defeated perennial jobber S.D. Jones in only nine seconds. Slipping into character, as Pallies often does for interviews, he is quick to defend his speedy pinfall as a record. “Never mind Uncle Elmer (who once pinned an opponent in six seconds)! That wasn’t a WrestleMania match! I’ve still got the WrestleMania record, and that’s what matters!”

Over the next year, “the walking condominium” rose quickly up the ranks, soon finding himself in the main event scene against the legendary Andre the Giant. For many fans, the moment which catapulted Bundy right to the top of the mountain was his infamous run-in during a match pitting Andre against Big John Studd. Bundy and Studd double-teamed the Giant, breaking his sternum after a series of big splashes. “Ah, you’ve got it wrong,” Bundy protests. “I was just coming down to ringside to make sure Andre didn’t cheat against Studd, by calling in Hulk Hogan to interfere! We never cheated!” On a more serious note, Pallies credits Andre for helping him be seen as a credible opponent against then-champ Hulk Hogan. “Andre was a very generous guy in the ring. He was a good man, may he rest in peace.”

Soon thereafter, Bundy achieved one of his career highlights, facing Hulk Hogan in the main event of WrestleMania II. “It was exciting, being in the main event with Hogan. It was a good match, a lot of fun,” he recalls, before jumping back into character. “But if you check the tape, you’ll see that my feet hit the floor first – I never lost! I should have been the champion!”

After WM2, Bundy remained a major player, continuing his feud with Hogan and Andre over the course of the year. But when it came time for WrestleMania III, the writers had no plans for the big man. Instead, he was on the card’s novelty match, paired with midget wrestlers Little Tokyo and Lord Littlebrook in a six-man tag against fan favourite Hillbilly Jim and his mini partners Little Beaver and Haiti Kid.

“That was a ridiculous match,” Bundy laughs. “It’s funny, though. That match got me on more TV sports shows, probably more than anyone else at any WrestleMania . Yeah, it was on the ‘Hall of Shame’ feature, but so what?” What earned that level of infamy were Bundy’s actions during the match. Rather than picking on someone his own size, Bundy bodyslammed one of his smaller opponents, and followed that up with a huge elbow smash. “That little guy, he cheated you know! I wasn’t going to do anything, but he started it!”

Pallies is quick to dismiss people who suggest that the comedic nature of his match was evidence of his star falling within the company. “That’s nonsense,” he insists. “I was still working main events all across the country. They didn’t have a program for me at the time, what’s the big deal. (People who would suggest something beyond that) are boneheads, I can’t worry about them.”

Not much later, Pallies took a break from wrestling. “I (planned on taking) just a year and a half off. Then I got divorced, and had some personal problems, and ended up taking much longer. I didn’t work the independent scene, I didn’t do anything until I went back to the WWF.”

Upon Bundy’s return, he was put in ‘The Million Dollar Corporation’, a stable of wrestlers being managed by Ted DiBiase. Bundy, the “crown jewel” of the corporation, fought and lost to the Undertaker in what many people called a throwaway match at WrestleMania XI. Bundy himself was not pleased with his return, remembering those times as the lowest point of his WWF career.

“Wrestling’s always been a business for me,” he explains. “I was never a big wrestling fan, I was in it for the money. And that was the problem with the WWF in 1994/95, there was no money. And I wasn’t given any opportunity for myself to make any money, or put in a position to draw any. That’s what I found irritating.” He left the company shortly thereafter, and has since become a mainstay on the independent scene.

Though it’s a far cry from the superstardom he enjoyed while in the WWF, Bundy doesn’t seem to mind the direction his career has taken. A little older, a little wiser, Bundy looks back on his life with fond memories. “I had a lot of fun. I saw the world; I met all sorts of interesting people – Muhammad Ali, Ronald Reagan. I was on TV and in the movies. What’s to regret? I’m King Kong Bundy; I’m still going strong. Onward and upward, baby… onward and upward.”