Body Slams! not a necessary resource 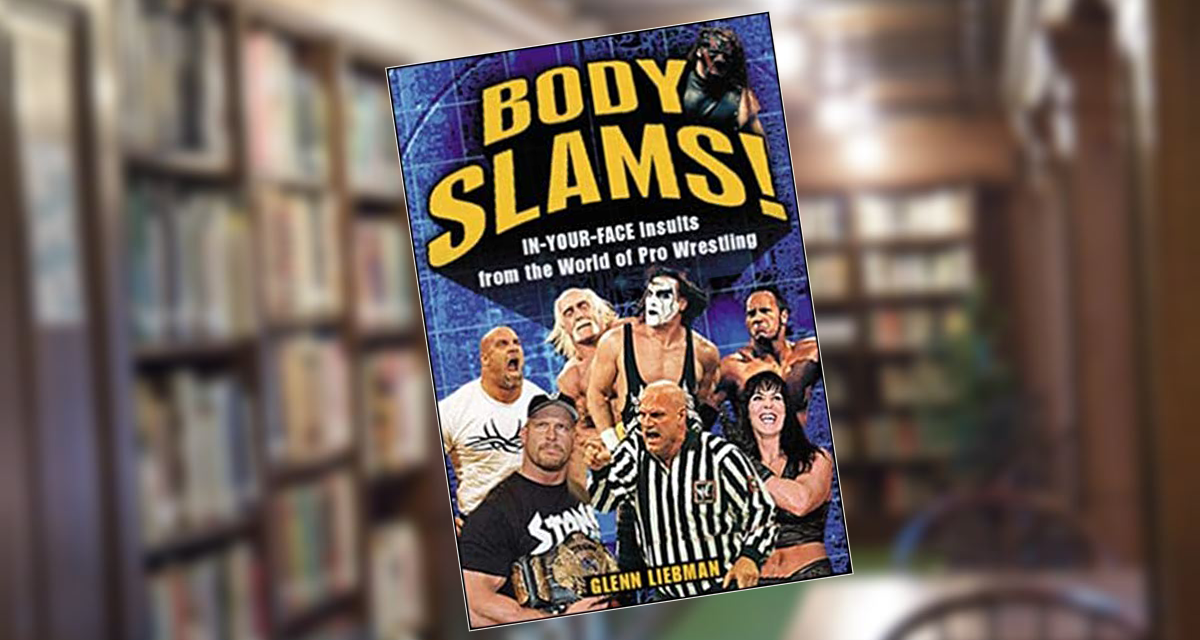 There seems to be a quote book for every occasion and everything these days…so why not have one about wrestling?

Thanks to Glenn Liebman, wrestleholics everywhere now have a guide of wrestling words to live by, called Body Slams! In-Your-Face Insults From the World of Pro Wrestling. All the favourites are here, from Ric Flair’s, “To be the man, you have to beat the man,” to Stone Cold Steve Austin’s, “…and that’s the bottom line, ’cause Stone Cold said so.”

The book is divided into sections dealing with a particular wrestler or topic. The majority of the quotes are from colour commentators including Jerry Lawler, Jim Cornette, and of course, Bobby “The Brain” Heenan. There is also plenty of grappler talk, including quotes from The Rock, Chris Jericho, and Mankind.

Unfortunately, there are some pretty useless lines in the book about wrestlers that no one cares about and have little entertainment value. Somehow, Jericho describing Viscera as “Viscera the Hut” doesn’t seem all that worthy of being in a quote book.

The book is also missing a lot of key quotes. Liebman has done a fairly good job of including wrestlers’ catchphrases but has missed a few of the better ones including Taz’s classic, “Beat me if you can. Survive if I let you.” He has also missed out on several quotes from Rob Van Dam and Raven during their ECW days making this seem more like a WWF and WCW quote book rather than a full-fledged wrestling quote-lopedia.

Another problem with the quotes is that Liebman feels the need to add commentary after many quotes theoretically for explanatory purposes. Most explanations are useless and come off as lame attempts at humour. For example, after an Austin quote about his opponent not taking an ass-whooping personally Liebman adds that Austin is, “reminding an opponent that it’s all in a day’s work.” Comments like this really are unnecessary as for the most part the quotes are good enough on their own.

Body Slams! also features a guide to the inside lingo of wrestling. This is particularly useful and quite extensive making a very nice bonus to the book.

The bottom line with this book is that it is a book designed for a very specific audience. Readers looking for flowery, inspirational quotes should probably look elsewhere. Wrestling fans, however, should defnitely check the book out but should probably look for it at a discounted price (from the $14.95 US listed cost). A lot of the quotes can be easily found on the Internet and even the wrestling dictionary isn’t that hard to piece together.

Ultimately, Body Slams! is a nice addition to your wrestling library but take your time in picking it up.