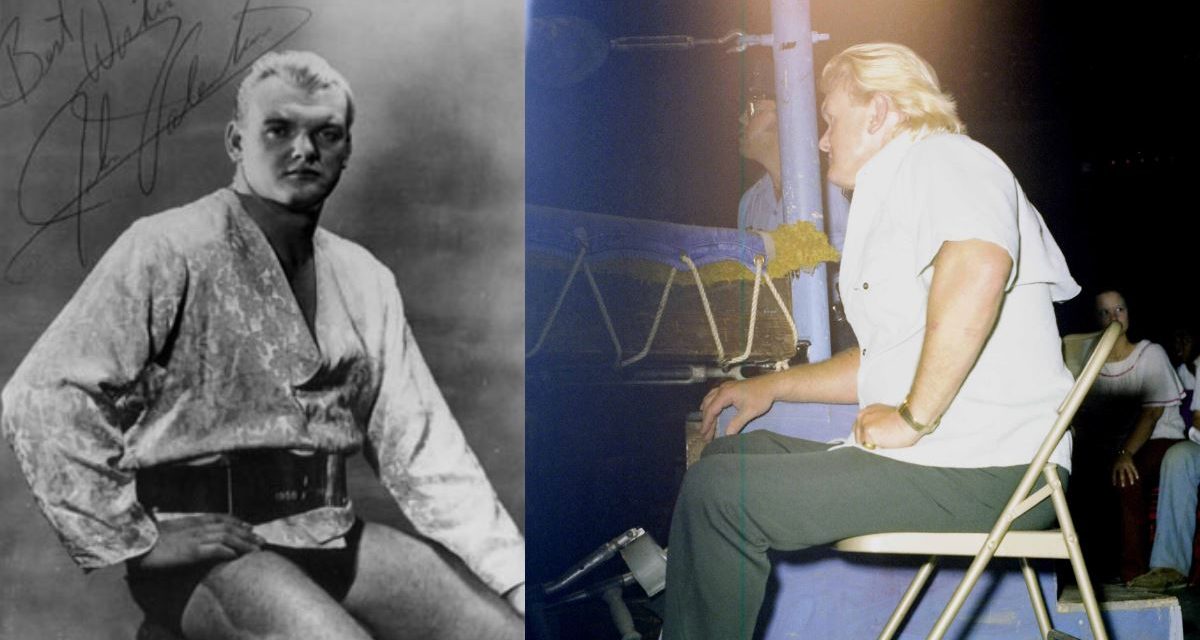 “Out, damned spot! Out, I say!”
— Lady MacBeth
From William Shakespeare’s play MacBeth

By the time Act 5, Scene 1 rolls around Lady MacBeth is so guilt ridden that she begins sleepwalking. Even though it was her husband who plunged a dagger into King Duncan, Lady MacBeth starts hallucinating. She thinks she sees a spot of King Duncan’s blood on her trembling hand (a symbol of her growing guilt and paranoia) and tries in vain to scrub it off.

But no matter how hard she tried, she couldn’t rub it off. As Lady MacBeth becomes more insane as the play progresses, she comes to realize that she will have King Duncan’s blood on her hands forever, serving as a constant reminder of the foul deed she and her husband committed. 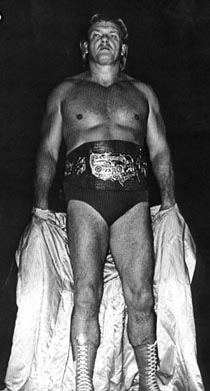 Just like the wrestling industry will never be able to wash away the blood of Johnny Valentine from its collective hands.

I never saw Johnny Valentine wrestle. I was still in diapers when the Cessna 310 plane carrying Valentine, at the time the U.S. Heavyweight champ, and four others (including Ric Flair) crashed to the ground in 1975, paralyzing him for life and ending his wrestling career.

Still, I understand his place in wrestling history and why he was so revered and respected.

A huge gate attraction during his prime, Valentine single-handedly turned around the Mid Atlantic office in the early ’70s, taking it from a sleepy, all but dead circuit to a vital, thriving promotion that became the hottest and most influential territory in wrestling history.

And he did it because he was able to draw heat better than anybody else at the time.

Valentine was the archetypal heel. The type of heel promoters would kill to have on their roster. He played the part of the villain 24 hours a day, fully committing himself to the character he portrayed. Valentine was able to draw and elicit such visceral hatred from fans throughout the territories he worked that he took his life into his own hands every time he left building after the show.

And yet, he was still respected. A month after the 1975 plane-crash, Crockett held a tournament to crown a new U.S. Heavyweight champion. Johnny Valentine was brought out in his wheelchair during the show and the crowd of over 16,000 fans at the Greensboro Coliseum gave him a 15-minute standing ovation. The same audience that had booed and berated him countless times before the crash.

Hated heel or not, Valentine had earned their respect.

And it wasn’t hard to understand why. With his hard-hitting and uncompromising style, more than any other wrestler before or since, Johnny Valentine made fans believe wrestling was real. During his 28 years in the ring he had the reputation of being the toughest man in the business. But it was for the 25 years following the tragic plane crash that he showed his real toughness.

Only able to walk with the assistance of crutches, Valentine never let his injury stop him from living life. He helped to train young wrestlers in his home. He traveled the world. He was a gourmet cook who liked to experiment in the kitchen and prepare lavish meals for his wife Sharon. His competitive nature continued to burn as he worked out for hours on end every day, hoping to some day make it back into the ring.

But he never did. The obstacles were too great.

Doctors who told him he’d never walk again. Nurses who told his wife there was nothing they could do for him. Medical insurance carriers that looked for every loophole possible to escape their responsibility to pay for his medical treatment. And an industry he sacrificed such much for, pro wrestling, that deliberately and systematically turned its back on him.

For the past 25 years, Valentine forged on without any assistance from anybody in pro wrestling. Promoters all but ignored him. Former colleagues and friends lost touch. Valentine toiled in relative obscurity and fought to keep up with the mounting medical bills on his own, without so much as a helping hand from the very same people he made millions for.

Valentine displayed his real toughness by defying the odds. Engaged in a bureaucratic war with doctors and insurance companies, he braved on and fought tooth and nail until he no longer had any fight left in him. His body was old, his spirit tired.

In all that time he never complained, although he would have been well within his right if he had. That wasn’t his style. Valentine was never bitter. He never once asked for help from the wrestling industry. He never felt he was owed something for the 28 years of service he gave to the sport. He never asked for pity or sympathy. He was much too proud and dignified to do that. And he had something that the wrestling world didn’t.

No, Johnny Valentine had too much class to do that. And for his troubles, he was repaid with neglect and indifference.

With the exception of the shameful way the WWF continued on with the pay-per-view following Owen Hart’s death, wrestling’s 25-year neglect of Valentine stands as the biggest black eye on the sport.

That Valentine died virtually penniless and destitute should serve as a permanent black cloud that hovers over wrestling. It is, unequivocally, an embarrassment of staggering proportions. Wrestling’s failure and outright refusal to look after one of its favourite sons violates every precept of morality and decency that exists.

The industry’s treatment of Valentine was nothing short of criminal. In all my years of being a fan, coupled with the years covering the sport as a reporter, I can honestly say I’ve never been more ashamed to be associated with the pro wrestling industry than I am now. The stench from this is so foul that no amount of whitewash could ever cleanse the guilt that will forever stain pro wrestling.

The heartless way in which wrestling dealt with Johnny Valentine’s struggle for life is symptomatic of a larger problem that plagues the sport and speaks to the inherent nature of what wrestling is: a cold, insensitive con game run by scheming shysters who have no use for anybody once they can no longer produce.

In the aftermath of the Survivor Series ’97 screw job, Bret Hart boiled down the relationship between wrestlers and promoters to this simple, yet graphic description:

“We’re like circus animals. And once we can’t jump through hoops or do the same tricks we once could, promoters take us out back behind the circus tents and put a slug into us.”

In its typically cruel and callous way, the wrestling industry tossed Johnny Valentine onto the scrap-heap like a common piece of refuse. For 25 years, he was all but neglected and ignored by the same industry he gave his life to.

Johnny Valentine’s condition was a constant reminder of the ugly side of the sport. A constant weight on wrestling’s guilty conscience.

Wrestling’s 25-year neglect of Johnny Valentine is an indictment of the wrestling industry and further underscores a sobering reality: wrestling is a cold-blooded and morally sterile business.

Johnny Valentine earned the right to die with dignity and grace.

The wrestling community robbed him of that right.