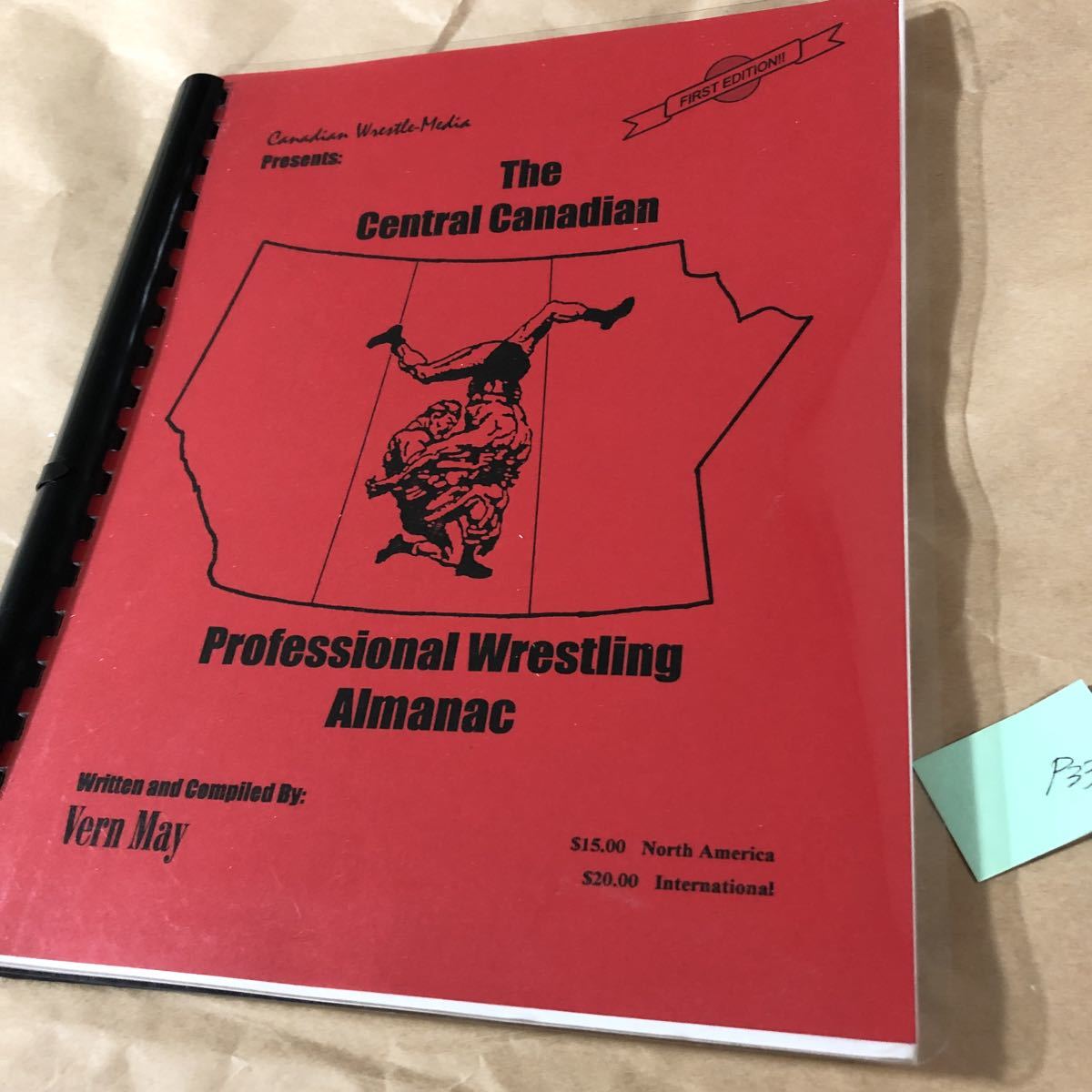 A part of Canada’s rich, wrestling heritage is the subject of a new book entitled The Central Canadian Professional Wrestling Almanac. Vern May, who has been a regular on the Canadian independent wrestling scene competing under the name Vance Nevada, provides a window view into the past with this book, chronicling the history of pro wrestling in Manitoba and the central provinces.

May has gone to painstaking lengths to provide a historical record of every single promotion that ever existed in Central Canada. He leaves no stone unturned as he provides information on every “mom and pop” promotion, every boxing and wrestling club and every fly by night office imaginable. If somebody set up shop in Central Canada, no matter how briefly, they’re included in this book.

Wrestling in Central Canada goes back as far as the 1920s and May chronicles its progression from the 1950s when wrestling exploded on TV, the 1960s and 70s when Manitoba was the battleground of fierce promotional battles, through to the 1980s and the explosion on cable TV.

Stu Hart’s Stampede promotion is given ample coverage, and May doesn’t focus his attention merely on the Hart family. Instead, he accords equal coverage to the likes of Archie “The Stomper” Goldie, the Junkyard Dog and several other stars who contributed to Stampede’s success.

Verne Gagne’s Minnesota-based American Wrestling Association is dealt with in an in depth manner, providing a fascinating, insightful look into their two decade stranglehold on the Manitoba market before Vince McMahon invaded and took the territory over.

A comprehensive biographical section of every wrestler ever to come out of Central Canada rounds out the book. Bios of indy stars such as Robbie Royce and  Nevada compliment the bios of more recognizable stars like Chris Benoit and Chris Jericho.

The book does have its flaws. In one section, May ranks the top 100 stars and the top 50 tag-teams ever to compete in Central Canada on the basis of their won-loss record. It’s hard to take such a ranking serious in light of wrestling’s pre-determined nature. Equally hard to digest is how May places himself higher on the list than several major stars, including former AWA World Champion Nick Bockwinkel, Greg Gagne and other notables.

Still, May’s passion for the subject is evident. An undertaking of this sort would have to be. From the very first page, May sets the tone by writing how he first got interested in the sport and why it’s so important to him. In this current wrestling climate where fans have become so jaded and too smart for their own good, it’s nice to see someone who has a genuine love of the sport.