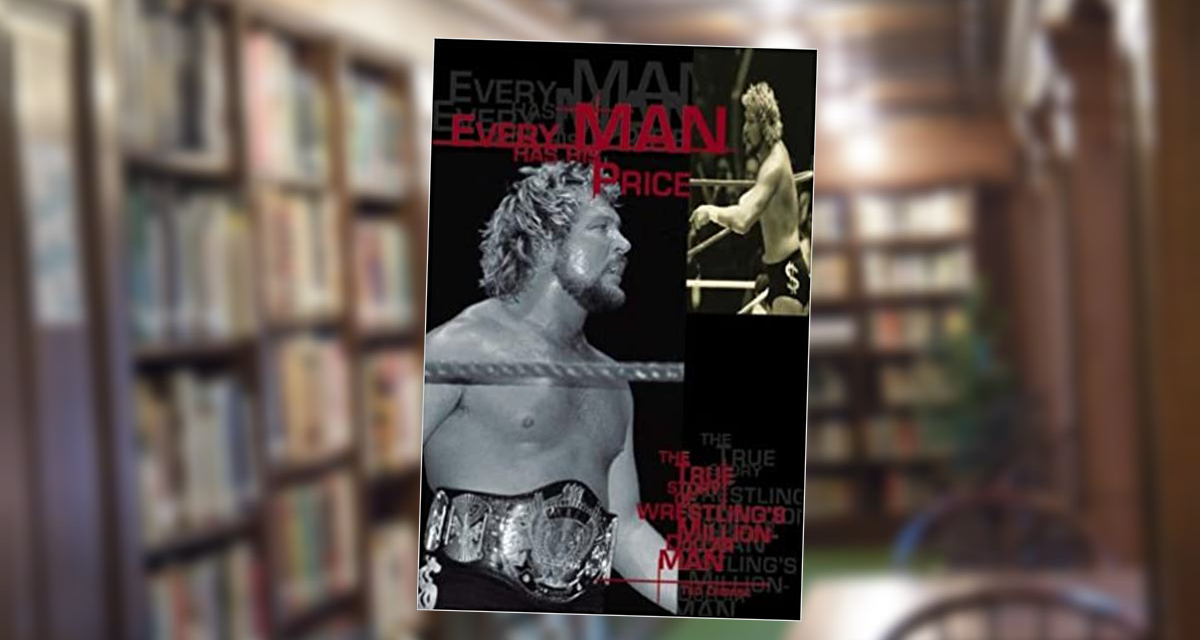 Andre The Giant lifts people’s champion Hulk Hogan over his head slamming him hard to the canvass. The impact is severe. The sound like thunder clap carrying through the arena. Unknown to the fallen champ, the evil Mr. Moneybags of the World Wrestling Federation and Andre’s benefactor, Ted “Million Dollar Man” Dibiase, substitutes unconscious referee Dave Hebner with his real-life identical twin, Earl. One of Hogan’s shoulders is raised inches off the mat yet the wicked double lays down the count. Can it be? The unbeatable Hulkster has fallen to defeat.

The Market Square Arena crowd goes ballistic, staring in disbelief; mouths agape. In the post-match pandemonium, Andre presents the WWF world title to Dibiase. His master plan coming to fruition, the Million Dollar Man grins mischievously like that darned cat who just swallowed the pet canary. Much to his dismay, Dibiase’s rapture is short lived. World Wrestling Federation officials would make the baddies pay for the illegal title switch in the weeks and months to come leading up to a world title tournament at WrestleMania 4.

“I tried to hold it together, but it wasn’t easy. Iron Mike meant everything to me. Among the guys who came over was Terry Funk, who brought with him an unexpected item: Dad’s wrestling bag. I asked for it, unzipped it and pulled out its contents. As I rummaged through his stuff, lifting item after item out of the bag, it was too much for me. There were his wrestling tights, his socks, his shoes, all still wet with his perspiration. It still smelled like him.” – Ted Dibiase (from Every Man Has His Price).

It’s the proudest moment of Ted Dibiase’s squared circle career. This is what the blood, sweat and tears are about. The fame, the fortune and the gold belt he cradled in the dressing room smelling of filthy towels, sweet sweat and acrid muscle liniment. Dibiase was sure his dad, a wrestler himself, was smiling from above on the former university football star.

Written in association with Bill Butterworth, Every Man Has His Price is a no-holds-barred autobiography outlining the achievements and shortcomings of the man behind the glittering dollar signs and wads of dead presidents. Told in his own words, Dibiase’s straight-shooting frankness wins us over immediately. He confesses as to how he let the expensive limos, the lavish hotel rooms and the regular WWF allotments of $2000 in hundred dollar bills preserving his public image as a wrestling’s rich playboy; thoroughly change the man he thought he was.

The gonzo world of professional wrestling is not the focal point of this bio, though. It functions as a backdrop for Dibiase’s life and times through which we gain some wisdom via his personal experiences. By the last page, we appreciate the high and lows that come with being a traveling, high-profile entertainer. His mother a showgirl turned female wrestler and his biological father a backup singer on the Ernie Ford show, the suave, well-groomed aristocrat – as portrayed by the feds – wasn’t born with a silver spoon in his mouth. Surprise. Surprise. Hailing from the small town of Willcox, Arizona, (a hop, skip and a jump from Tombstone and the Mexican border) not a winter residence in the Swiss Alps as the ring announcers liked to say, Dibiase’s rise to main event status is captivating reading.

Crediting his family with nurturing his dreams, Dibiase cites his grandmother as the pivotal influence in his early upbringing. An incredible woman picking up the pieces when her daughter’s marriage failed. In describing his grandmother’s inspirational story Dibiase does so with affectation and respect. She was a simple but driven woman managing a quaint truck stop doubling as a shelter of sorts for those less fortunate while also raising Dibiase and his brother Michael. Of the various anecdotes related by Dibiase paying tribute to his grandmother’s selflessness there is one that stays long after the book is closed and put away on your book shelf. It is the vision of her running back into a grease fire that engulfed her cafe and suffering serious burns to save a young Michael she thought was trapped inside the uncontrollable blaze.

“I guess that’s why it bothers me to this day when people ask me the question: ‘Is professional wrestling real or fake?’ I get upset with that question because of the use of the word fake. To me, fake gives the impression that the job of a wrestler is easy. Believe me, it’s far from easy.” – Dibiase

The words “Don’t you even think about going into pro wrestling!” spoken by “the only father” he ever knew (grappler “Iron Mike” Dibiase) ringing like a cheap alarm clock in his ears, Dibiase tells of his high school football stint which electrified his hometown crowd. Ironically, it was two pro wrestlers comforting the dynamic jock during the tragic death of his father on the job, wrestling in the ring. Dibiase shatters the fantasy images wrestling fans might have of  Texas’ notorious Funk Brothers: (“Terrible” Terry and Dory) and bunkhouse bruiser Dick Murdoch. Turn the cameras off and the nefarious rule breakers have giving hearts. They embraced a grief-stricken kid in his time of mourning and years later gave him his very first paying job in the biz.

To be a professional wrestler, you’ve got to love what you do, writes Dibiase explaining his slow but steady rise as a top athlete/entertainer. The glitz and glamour doesn’t seem so appealing once the current Steiner Brothers’ manager in World Championship Wrestling (WCW) gives us the low-down. The grueling road schedule shaping loved ones into strangers. Working shows while nursing nagging injuries. Living out of a suitcase in motel rooms that look the same as the next. Travel. Work. Eat. Sleep. Exercise. Travel. Work. Eat. Sleep. Dibiase, whose own active wrestling career was cut short due to a herniated disk in his neck, lays it out in black and white. Wrestling, like any other job is demanding work. No two ways about it.

Much has been made of the book’s “Christian Living” classification. Don’t let that dissuade you. Dibiase (nicknamed “The Reverend” by other wrestlers) does express his religious beliefs throughout the book but not in a condescending or righteous tone. The main themes of the pitfalls of fame, the importance of friends and family, the power of forgiveness and the assessing of personal priorities are universal ideas applying to anyone regardless of their faith. Reading Dibiase’s open and honest story, fans of the mat wars will gain a new found respect for their favorite stars and be reminded that big dreams carrying even bigger sacrifices as their price tags.