WWE’s newest book, Beyond Extreme, is a bit of a tease. On the good side, it delivers what the cover blurbs promise, namely a good sample of some of the spectacular moments, matches, and stunts in the company’s history. What’s frustrating, though, is that there’s so much that was not included that you can’t help but think of what could have been.

The book, which is credited to author Dean Miller, is effectively a 128-page junior encyclopedia, with one or two pages devoted to a topic. Each “entry” includes a description of the subject, accompanied by a handful of photos to supplement the narrative. The topics themselves cover a broad range of subjects, including profiles on certain superstars and legends, different types of matches, various finishing and other signature moves, and other memorable moments. Examples of subjects covered include: Mick Foley’s Hell in Cell fall, CM Punk’s “pipe bomb” promo, the Montreal Screwjob, and the time the Big Show and Brock Lesnar broke the ring. While those certainly fit the bill, there are also items that are far less than “extreme” such as Charlotte Flair’s various title reigns, the break-up of The Shield, and a profile on Finn Balor. It’s actually kind of baffling as to what criteria was actually used to determine what made the cut.Which is where some of the frustration comes in. Given the incredible amount of history from which items could be taken, it’s hard not to think about what could, and arguably should have been included. Virtually all of the photos and discussion topics relate to items from the current era of WWE and the Attitude Era. A small handful are taken from the 1980s and earlier. In short, this is definitely a book for the modern fan, and historians will find the book woefully lacking.

Even within the limited time period, there are so many items that should have been included — the Big Boss Man’s casket ride or cooking Al Snow’s dog, HLA (Hot Lesbian Action), the Kiss My A** Club, and anything to do with “Rowdy” Roddy Piper immediately come to mind. And not one single reference to ECW, not even WWE’s watered down version of it? That’s extremely unfortunate.

Beyond Extreme may be a good book for a younger fan who wants a primer on WWE, or for a modern-day casual fan who wants to relive some memories. But for hardcore — or dare I say, “extreme” — fans, they may want to take a pass. 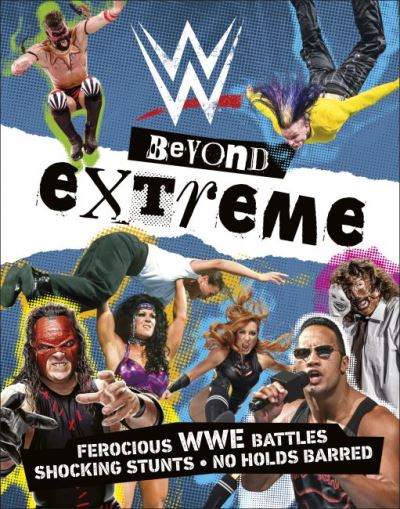