It’s an often-asked question: what does life after pro wrestling look like? For some grapplers, it is an opportunity to pass on their knowledge to the next generation of ring hopefuls. Or a time for some well-deserved rest, recovery and relaxation. But for Canadian pro wrestler Mark Posey, retiring from the ring meant it was time to finally venture into his first love, writing fiction. In his first self-published novel, Saving Grace, Posey forgoes the ropes, creating a savory CIA/political thriller. 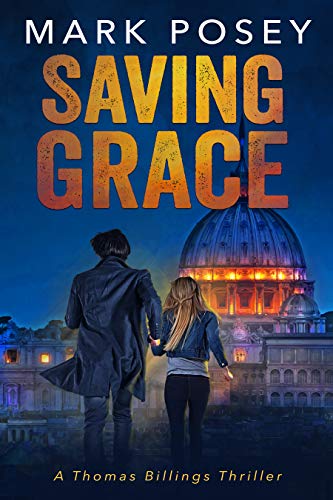 “You know I’ve written ever since I can remember,” offered the 55-year-old Posey, who was born, raised and still lives in Edmonton, in a phone interview with SLAM! Wrestling. “I remember writing stories back when I was in grade school. Interesting coincidence, I trained at Stu’s (Hart) house initially (for pro wrestling) and when that didn’t pan out, writing is what I turned to. And then, of course, marriage and kids and paying bills gets in the way and you get away from it. And then I got back to wrestling and then when I retired from wrestling, that’s again what I turned to because my wife (established romance author Tracy Cooper-Posey who has over 100 books to her name) is a writer and so I just got back to it.”

Not only do Posey and Cooper-Posey have a partnership in life, but also one in the written word. He says he has edited all of his wife’s books and she gave her notes on his first foray into fiction. One would think it would be intimidating to attempt to write a book when living with a successful writer at home, but Posey says it wasn’t like that at all; in fact, it motivated him.

“I found that (having a wife as a writer) a positive,” he explained. “Just been around it for so long and we have lots of friends that are writers. I’ve been immersed in it for so long, it just seemed to naturally happen.”

He added, “She (Cooper-Posey) was super encouraging. I know there are plenty of spouses who don’t even get why someone would want to do that. She also let me make my own mistakes which I find is a big positive. Everybody has got to learn to do it their own way instead of being told how to do it. So that’s been really instrumental.” 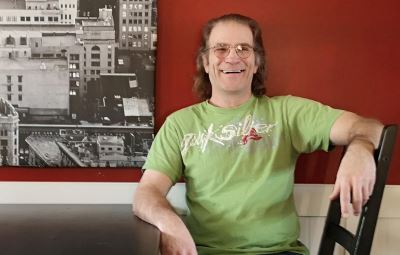 Posey’s book, which is currently planned to be part of a trilogy, is an easily devoured tale with brisk chapters. Saving Grace follows CIA Station Chief Thomas Billings, who has a penchant for parkour and protecting his country, but is also haunted by actions he’s had to take in the name of his job. Posted to Rome, he questions the timing of a visit by the American President-elect and the Vice-President-elect, with the latter being a former flame. During the visit, a group known as the Establishment, which Posey defines as “the wealthy, elite power mongers who rule the country from the shadows, with eyes and ears everywhere,” attempt to demand that some of the most powerful political positions be filled by candidates of their choosing. When the President-elect refuses to concede, the Establishment seeks revenge, even going so far as to kidnap the President-elect’s daughter, Grace. Billings must use his skills and smarts to fight the Establishment and rescue her.

Posey says the book took him about a year and a half to write. In the future he confessed he would like to speed up this process as his wife “puts out a book a month!” He hopes that the second book entitled Fall From Grace will be out in the fall of 2020, with the third book, Coup de Grace, out in spring 2021. He also hopes that his protagonist will resonate with readers.

“Thomas struggles a fair bit throughout the book to overcome past mistakes and regrets,” he shared. “I think a lot of people struggle with that. There’s a bit of a positive message there that I hope people pick up on.”

Posey says that his previous career as a pro wrestler did have an impact on his writing, especially when it came to drafting the fighting scenes in the book.

“You know what, it didn’t hurt being able to string together a sequence that makes sense,” he declared. “Yeah, I would say wrestling definitely helped with that because that is what you need to do with wrestling (also). You can’t just throw random stuff out there, it’s all got to make sense and be in the right order.”

He continued, “I think I can say that if I hadn’t wrestled, I wouldn’t have a book out now. Getting into wrestling and getting to actually do it showed me the value of actually putting in the time and putting in the hard work. It also boots your ego enough that you look at what’s considered a fairly difficult task and think to yourself, ‘yeah I can do that!'”
As aforementioned, Posey first trained as a pro wrestler with the late Stu Hart. Posey was in his early twenties at the time and things didn’t go as planned. “I was very young,” he concluded. “I didn’t have a lot of size. I was only about 160 pounds and I don’t think I was mature enough to handle that profession.”

Fast forward to two months before his 40th birthday, Posey decided to give pro wrestling another go by training with wrestler Massive Damage (real name Sean Dunster). This time the training clicked and Posey wrestled for about seven and a half years on the indy circuits as Mr. Intensity. 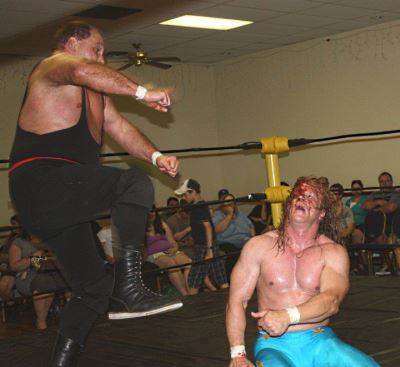 “(One of my favorite opponents was) definitely Principal Pound (the late John Cozman),” he recalled. “He and I knocked the crap out of each other all over Western Canada! I loved being in the ring with him. Massive (Damage) was another one. He and I put on some good matches. I enjoyed working a lot with Harry Smith, although I didn’t get to do it as much as I would like. Oh, and Adam Pearce was another one.”

Posey’s voice gets notably softer when speaking of Cozman and also the late Bob Leonard (an overall jack of all trades when it came to wrestling). He says the trio were inseparable whenever they were all in Saskatchewan. “I loved those guys,” he admitted. “I miss both of them.”

In August 2012, Posey had his last official match. “By then I was 47,” he said. “Bumps and bruises get so they don’t heal up so quick anymore. So, it seemed prudent to get out before any major injury happened.”

Posey says he has no involvement in professional wrestling today. “I suppose it will always be a part of who I am,” he offered. “But it’s hard to be around it when you can’t be in there doing what you want to do.” He admits he doesn’t watch much of the pro wrestling programming today as it just doesn’t compare to the territory days when he enjoyed watching feuds such as the one between Archie “The Stomper” Gouldie and Dan Kroffat.

But he doesn’t rule out a crossover between pro wrestling and his writing. It would just have to be done the right way.

“I’ve thought about it and to this point I haven’t been able to come up with a way to do that and not expose the business,” he declared. “I was always really big on kayfabe even though it seems to be at the moment a bit of a lost art. I wouldn’t want to contribute to that. So, if I can come up with a way to do it that doesn’t give things away and at the same time doesn’t make people go, ‘Oh come on, we know it’s (pro wrestling) fake,’ I would be open to that.”