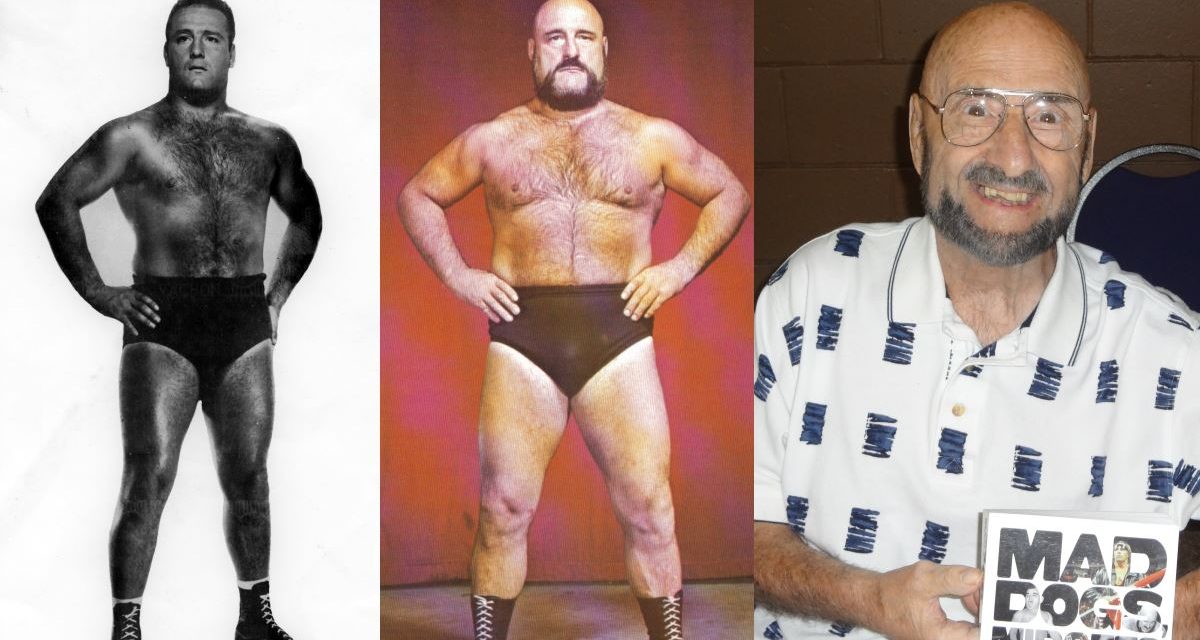 Maurice “Mad Dog” Vachon, one of the greatest heels of all-time and a former Canadian Olympic wrestler, passed away this morning at 4 a.m. in Omaha, Nebraska. He was 84 years of age.

He had been in poor health for many years, much of it stemming from a 1987 hit-and-run accident, where Vachon was struck by a driver, which resulted in the amputation of his leg. Most recently, he battled memory issues. 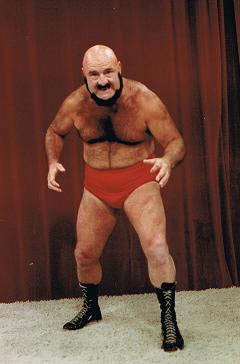 “This is not a pleasure call,” said Paul Vachon. “I just wanted to call and let you know first that my brother Mad Dog passed away this morning.”

“It was very peaceful,” said Maurice’s wife, Kathie, of his passing. She will know more about funeral arrangements later this afternoon; she expects the funeral to take place early next week in Nebraska.

With his wild, unpredictable style in the ring, growling voice, and wrestling skills to back up the barking, Mad Dog Vachon went from an Olympic wrestler, representing Canada at the 1948 Games in London, to one of the most hated — and beloved — professional wrestlers ever. He held countless championships, including the prestigious AWA World title, based out of Minneapolis.

During his farewell tour of Quebec in 1986, Maurice ‘Mad Dog’ Vachon made the remarkable transformation from despised wrestler to beloved popular icon. Just as he was hanging up his boots for the last time, doors were finally opening for him. Interviews both in print and on the air praised his contribution to society. He was hired to hawk beer and chocolate bars. He wrote his autobiography and made a rap album in French. And most bizarrely, the veteran of more than 16,000 bouts over almost 40 years was tapped to be a restaurant reviewer.

The words ‘Canadian icon’ have rarely suited a better man. The love that the public had for him became even more apparent a year after his retirement when he was struck by a car while walking with his third wife Kathie in Des Moines, Iowa. Vachon had his right leg amputated below the knee. The story was carried by media across Canada, and he was flooded by letters from well-wishers.

The tale of Maurice Vachon is amazing enough if one were to leave out his accession into mainstream culture. Born in Ville Emard, a working class section of Montreal, in 1929, Vachon was the second oldest of 13 children. His father was a strongman who worked for the local police force. Teased about his name — ‘Vachon le cochon’ — Maurice got into many scraps as a youth. At 12, his father started him training at amateur wrestling at the Montreal YMCA. He dropped out of school at 13 to work various jobs, and pursue his athletic endeavours.

Encouraged by his father, Maurice took to wrestling quickly and made the Canadian Olympic team for the 1948 London Games. “When you walk into the Stadium at Wembley in London, there’s probably 6,000 athletes there, King George VI is there, the Queen, and they play your national anthem — it gives you goosepimples,” Vachon said. The Montrealer competed at 174 pounds and finished in seventh place, eliminated in the third round. Besides the competition, it is worth noting that Vachon met future pro opponents Verne Gagne and Joe Scarpello at the Games.

Undeterred by his Olympic defeat, Vachon rebounded in 1950 to claim at the British Empire Games (the forerunner of the Commonwealth Games) in New Zealand. “When you wrestle professional, the money goes in your pocket,” Vachon said. “When you wrestle amateur, the medals, they go in your heart.”

Growing up, Vachon had always been a fan of the pro game and upon his return to Canada, he wrestled a bit around Montreal before heading to Northern Ontario for the Kasaboskis, which was a summer territory. The 5-foot-8, 240-pound Vachon was a hit and other opportunities came along. 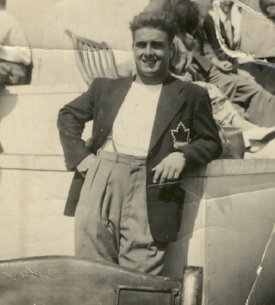 Before he was a Mad Dog, Maurice Vachon represented Canada at the Olympics and British Empire Games.

“Mad Dog had an instant reputation when he started wrestling professional because he had been a bouncer in a Montreal nightclub, he’d never lost a streetfight. He loved to fight,” said his brother Paul Vachon.

He was in Hawaii when he first met Portland promoter Don Owen, who invited Vachon to come to his territory. Vachon attacked his opponent, the referee and a ringside police officer before the bell in his Pacific Northwest debut and was disqualified, fined and suspended. Owen told him that he looked like a mad dog, and the name stuck, as did Owen’s decision to bill Vachon from Algeria.

In 1999, Vachon was the subject of an hour-long documentary on The Comedy Network called Wrestling With The Past where he told road stories and hammed to the camera. His 1988 autobiography, Une vie de chien dans un monde de fous means The Life of a Dog in a World of Crazies.