KayfabeNews.com aims to be The Onion of the wrestling world

The newly launched wrestling website KayfabeNews.com boasts headlines unlike those found anywhere else on the web: 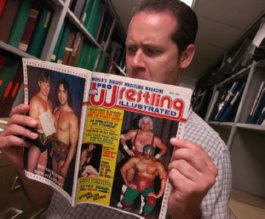 “Cena plans to defeat Rock with paper (not scissors)”

SLAM! Wrestling contributing writer Colin Hunter is the creator and writer of KayfabeNews.com, the only satirical news site about wrestling on the internet.

“I’ll unabashedly admit that it’s largely inspired by The Onion,” says Hunter, referring to the long-running satirical newspaper. “It’s written in that straight-faced, deadpan journalistic style — which makes for a stark contrast with the wonderful weirdness of wrestling.”

Hunter has plenty of practice in “real” journalism — he was once deemed the best sportswriter in Canada, having won the National Newspaper Award for Sports Writing in 2008. “But I’ve never had the slightest interest in ‘legitimate’ sports. I couldn’t care less about hockey, football, soccer, whatever. Sports entertainment I love, but not sports.”

With eight years’ experience writing for a daily newspaper, Hunter picked up an eye for the conventions and clichés of print journalism. It shines through in Kayfabe News stories like “Scandal erupts after WWE referee fails to see rulebreaking,” “Squared circle a ‘geometric impossibility,'” and “WWE medics puzzled by 100% decline in gashes to the forehead” (a jab at WWE’s no-blood policy over the past couple of years). 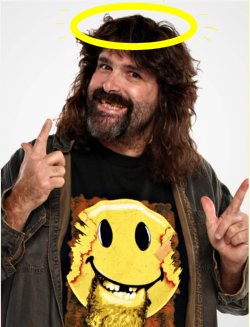 “The deadpan approach lends the stories an air of realism, even when the topics are preposterous,” says Hunter. “In some ways, Kayfabe News satirizes stodgy journalistic style as much as it satirizes wrestling.”

While the name of the website may be puzzling to non-fans, wrestling followers will understand the reference to kayfabe — the long-lost art of preserving the illusion of realism in the feuds and storylines of pro wrestling.

Old-school wrestling fans will get a laugh out of Kayfabe News stories like “Hillbilly Jim tragically wakes up alone,” a somewhat obscure  reference to the redneck wrestler’s duet with Gertrude on Piledriver: The Wrestling Album 2.

Then there are stories that are blatantly fictional but resonate with twinges of reality: “Triple H celebrates his one-millionth utterance of ‘this business'” and “New hunting show will feature Shawn Michaels superkicking wild animals.”

The latter story, like most on the site, is general enough for the casual fan, but contains some inside jokes for the hardcore wrestling enthusiast, like in this excerpt:

Tentatively titled Sweet Antler Music, the program will follow the WWE Hall of Famer as he travels to exotic locales, sneaks up on animals and fells them with a powerful kick just under the jaw.

Michaels says the show will be tastefully produced in order to highlight his admiration and respect for the animals.

On the pilot episode, for example, Michaels stares an elk in the eyes and tearfully says “I’m sorry — I love you,” before dropping the beast with a boot to its furry muzzle.

The inspiration behind these ridiculous but sharp-witted stories is rooted in Hunter’s childhood, when he devoured magazines like Pro Wrestling Illustrated, Inside Wrestling and The Wrestler, which have always reported on wrestling as a completely legitimate, competitive sport. 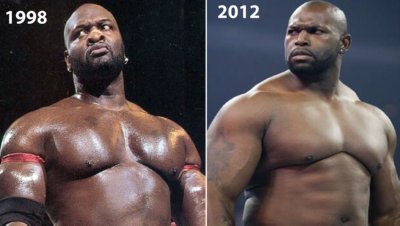 “I always loved those magazines, even after I figured out their editorial slant,” says Hunter. “Perhaps even more so, actually, since there’s so little kayfabe out there anymore. Those magazines are an important part of the wrestling business.”

In an interesting twist, Hunter became a freelance writer for Pro Wrestling Illustrated and its sister publications six years ago after a chance encounter backstage at a TNA pay-per-view in Florida with someone connected to the magazines.

“I’ve written dozens of articles for those magazines since then and loved it,” says Hunter. “Not only was I getting published in the magazines I grew up reading, but I also got to write in that wonderful style the magazines have preserved.”

In more recent years, Hunter has been a contributing writer for SLAM! Wrestling, and he says the true inspiration for Kayfabe News came while  interviewing journeyman wrestler Colt Cabana for a SLAM! Wrestling story.

“I was working on an article about his popular podcast, The Art of Wrestling,” says Hunter. “Colt’s a really funny guy, and we chatted for a long time about the connections between comedy and wrestling. He and I listen to the same comedy podcasts, and he wrestles in a very comedic style, so our conversation got me thinking about comedy and wrestling. 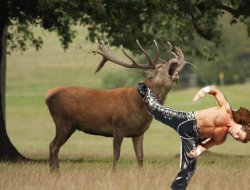 “As a longtime reader of The Onion, and journalist myself, I hatched the idea of a satirical wrestling news site. At first, I wondered if there would be enough material to satirize in such a specific genre. Thankfully, wrestling is endlessly ripe for satire. All I have to do is turn on Raw every week and the headlines start popping into my head.”

Recent such headlines have included: “Long-lost Bella triplet seeks revenge on pretty sisters,” “Every word of fan’s sign misspelled,” and “Paul Roma assumes his Hall of Fame invitation was lost in the mail” (a riff on Roma’s fleeting and undeserved tenure as a member of The Four Horsemen).

“The idea for Kayfabe News took shape even more clearly when I went to see Mick Foley’s stand-up comedy show in Waterloo this winter,” Hunter continues. “If even the hardcore legend — who lost an ear and suffered horribly in the ring — can make light of wrestling, why couldn’t I?”

Foley is just one of many wrestlers who have responded positively to Kayfabe News, paying Hunter what he calls “the ultimate compliment” during a radio interview by saying it was “like The Onion for wrestling fans.”

“That’s exactly what I wanted it to be,” says Hunter. “Colt Cabana has been quite supportive — he tweeted that the site was ‘hilarious’ on the day it was launched, which helped attract the site’s early readership. Brodus Clay wrote to tell me that he loved the story (‘Palaeontologists discover rare Funkasaurus bones in clay’) I wrote about him.” 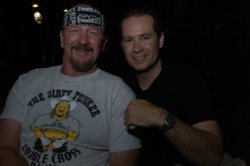 Kudos have also rolled in from Jimmy Jacobs, Cliff “Domino” Compton, and Jim Ross, who got a chuckle out of the story headlined “Government mule resents the comparison.”

Hunter says the response so far has been “universally positive,” aside from a snarky tweet from Paul Bearer. “He told me to ‘get a life’ after he read the story headlined ‘Paul Bearer suddenly realizes his name is a pun.’ Either he didn’t get the joke, or didn’t find it funny, but either way I loved his feedback. There’s something wonderfully ironic about a guy who portrayed an obese pale-faced mortician telling me to get a life. Otherwise, the response has been really friendly!”

It’s better than Hunter could have anticipated, as Kayfabe News stories have been posted on popular sites like Reddit.com and various wrestling forums, where the chatter has been all positive. In just a few weeks since its launch, traffic to KayfabeNews.com has grown dramatically. More and more people each day are following on Twitter and Facebook.

“Site stats show visitors from around the world,” says Hunter. “Lately, I’ve noticed traffic coming not only from North America and the UK, but also the Middle East, Africa and the Far East, which is fantastic. Wrestling is clearly a worldwide phenomenon — and wrestling parody seems to have an audience around the world too!”

With new stories popping up daily — with headlines like “Ahmed Johnson enjoying his WWE comeback as Ezekiel Jackson” and “Hogan claims to be current Coldplay bassist” — the site continues to build a readership.

Hunter says he didn’t always have such a farcical take of the wrestling business.

“I actually spent a couple of years researching a book about wrestling fandom,” he says. “It was going to be an explanation of why millions — and millions — of people watch a sport they know is rigged. I’ve watch wrestling practically all my life, but never fully understood why. The book was going to be a defense of wrestling against its critics.

“I was adamant that wrestling was a pop-culture art form deserving of respect,” he continues. “In many ways, I still believe that’s true. But it also occurred to me that I was probably over-thinking it. I didn’t need to ‘defend’ wrestling. I didn’t need to ‘explain’ it or justify why people watch it. Wrestling is weird, illogical and goofy — and that’s a big part of why I love it.”

Rather than analyze and dissect wrestling, Kayfabe News satirizes it, and does it well. “I think anyone who reads the site will be able to tell that I still love wrestling,” says Hunter. “I mock because I love.”