By the time I received WWE ThemeAddict: The Music V6 from my editor, it was all ready obsolete. The two-disc set featuring the entrance music of WWE superstars isn’t worth a dime. 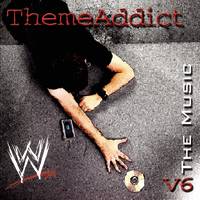 In fact, I may send it back to the SLAM! Wrestling offices. I’ve heard the CD once, as well as watching the DVD included with it, and I have no use for it anymore.

The CD is what it is, wrestler’s entrance music; nothing more, nothing less. My question is, Are people really clamoring for Heidenreich’s theme music? Or Billy Kidman’s for that matter? Another problem is the collection is that it is already out of date, as Gail Kim’s music is on the CD. She was unceremoniously released a few weeks ago.

The only bright spot on the 16 track CD is Untouchables by John Cena. The track gives us a preview of Cena’s long-awaited album.

A DVD is included with the CD, featuring the video entrances. That’s it. No extras, no bios, nothing. Unless you are dying to see the full video entrances for the selected wrestlers on the DVD, it has no value. Oh, and John Cena has nothing on the DVD.

Even die-hard fans are going to have trouble justifying dropping money on this CD. If you really want it, I suggest you wait for it to wind up in the bargain bin. And trust me, that shouldn’t take long.