Make time to read ‘I Ain’t Got Time to Bleed’ 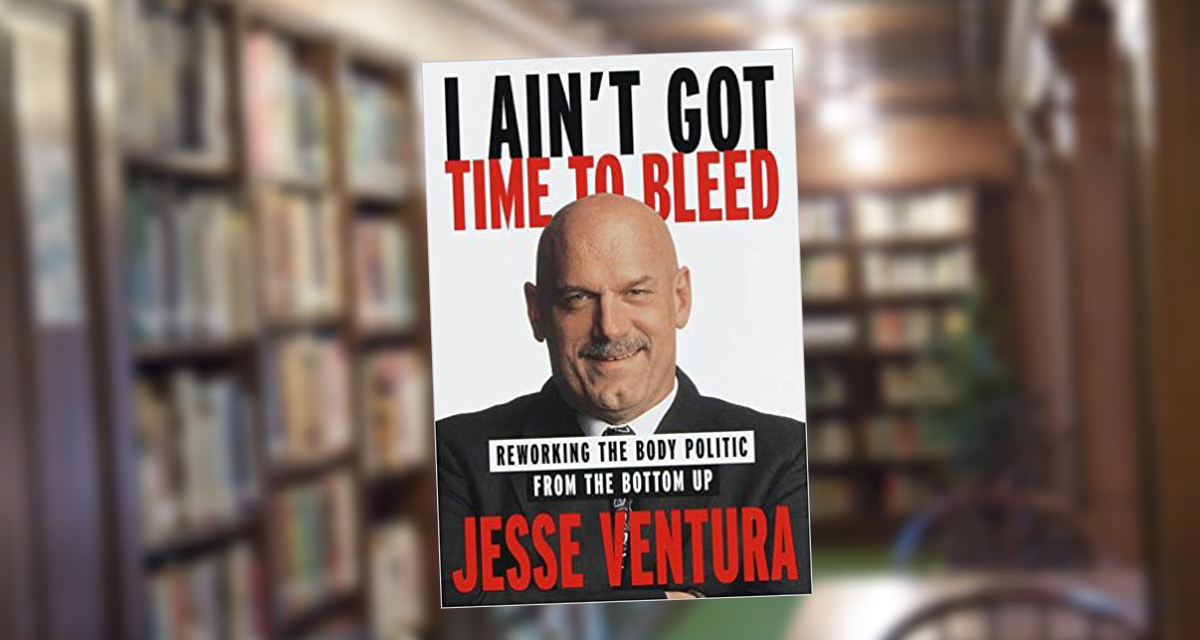 Jesse “The Body” Ventura was the wrestling commentator who would “tell it like it is.” He was never afraid to call it like he saw it, and not once did he apologize with those who disagreed with him.

Jesse “The Governor of Minnesota” Ventura is very much like his former announcing persona. In his new book, I Ain’t Got Time to Bleed: Reworking the Body Politic From the Bottom Up, his openness is at the forefront as he takes us through all stages of his life, culminating in his shocking, dark-horse victory last November.

As the title implies, the book’s theme is political; Jesse loves talking issues, a focus which he claims was the reason he defeated more experienced opponents in the election. Ventura calls himself a “Centrist,” in that his policies are a mixture of both the Republican and Democratic platforms, with a priority on “We, the People.” His stand on a number of issues is heavily expounded upon in the course of the book, all of them which reinforce this idea.

Ventura insists that honesty is the best policy in any situation, and holds true to this philosophy when it comes to telling us his colourful life story. Through his narrative, we learn all about the experiences that took a wild spirited teenager from a blue-collar Minnesota town through the Vietnam War, the world of Pro Wrestling, the lights of Hollywood, and eventually into the Governor’s mansion.

Ventura entertains the reader with many humourous and revealing stories which take us through his journey. At the same time, he provides insight into the factors that shape his political mindset.

Ventura talks at length about his brutal SEAL training, where he managed to channel his exuberance and spirit into a keen sense of determination and fierce loyalty, as well as a quest to aspire to great heights in all that he does.

It was this trait which helped him become one of the most popular (or hated, depending on your point of view) wrestlers in history. Wrestling fans will enjoy reading about his career from start to finish, including his relationships with Vince McMahon, Hulk Hogan, and the fans.

From there, “The Body” evolved into “The Mouth,” as Ventura used his keen mind, charismatic personality, and silver tongue to go from wrestling commentator to sports broadcaster to radio show host.

Ventura also discusses his occasional forays into movies and TV, where he honed his acting skills, definitely an asset for anyone thinking of running for public office, in movies like The Running Man and Predator (in which Jesse uttered the immortal words that are this book’s title).

Ventura writes that despite his celebrity status, he was always in touch with the common man. Indeed, he states that it was the plight of the “little people” that changed his course towards a political arena. While serving as Mayor of Brooklyn Park, Minnesota, Jesse learned about the “Us and Them” mentality that has, in his view, ruined the concept of fair government, and which he has vowed to target during his gubernatorial reign.

Between the tales of his public life, Ventura also talks at great lengths about his relationships with his family and friends. A loving family man, Jesse speaks of his wife and children with great affection and pride, noting that his life would not have been the same without their love and support.

Ventura’s honesty and candor is refreshing in a world where politicians are losing credibility on a daily basis. While some may criticize what he chooses to share with the reader (for example, the story of his first sexual experience), others, Ventura included, would argue that in order to really know the man and understand where he is coming from, you have to get both sides of the coin, the good and the bad. In his own words, “I have nothing to hide; I am who I am.”

Overall, Ain’t Got Time to Bleed is an entertaining, enjoyable book. The writing style ranges between eloquent and aggressive, which makes it both fun and easy to read. While some parts of the book may not be relevant to most readers (notably, the chapter dealing with his plans for Minnesota during his term in office), the rest of the book is an interesting look at the man now known as “The Mind.”