PCO on his current RoH run and his career 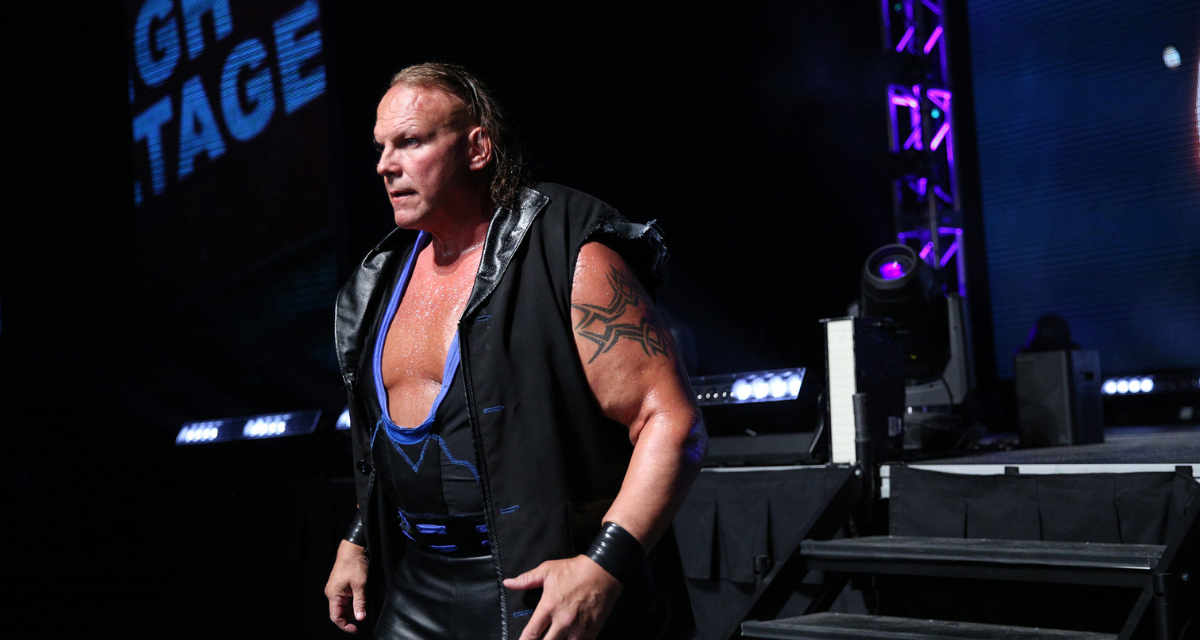 PCO is one of pro wrestling’s most remarkable stories. He worked in major promotions as Quebecer Pierre, Pierre Carl Ouellet, and Jean-Pierre Lafitte in the early 90s’ to early 00s’. In 2018, the man formerly known by those monikers completely reinvented his wrestling character with the introduction of PCO (Perfect Creation One). He became the “French-Canadian Frankenstein” alongside his devious mastermind of a manager, D.Destro.

At 53-years-old, the Montreal native is still going strong amongst some of the best in the world (pun intended) with Ring of Honor. As a matter of fact, PCO is scheduled to wrestle at Best in the World alongside colorful character, Danhausen, as they face off with the Bouncers (Brian Milonas and The Beer City Bruiser).

Speaking on his partnership with Danhausen, PCO had this to say to SlamWrestling.net about his current tag team partner: “He’s one of my good friends on the roster and I really like what we’re doing together. We’ve shot some promos, done other things, but so far we’ve only had one match. I think he’s working super hard in the ring and outside the ring… I think he’s super over… he’s works hard you know? Everyday. There’s so much gas still in the tank for us and we’re really excited with what’s to come together. I have huge expectations for Danhausen and our tag team.” 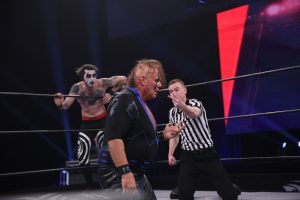 PCO also envisions a potential tag team championship chase in the future alongside Danhausen. “We bring a different energy. I think we can make some huge waves. I hope the pedal keeps going you know? It’d be nice — really nice — to chase those tag titles with him.”

Best in the World will mark Ring of Honor’s first event in over a year and a half to feature fans in attendance, and PCO is pleased to see them return and perform in front of a live audience.

“I was at the gym in Vegas when I saw that all these sports had cancelled their seasons, and I thought to myself, are we next? Then, I got a phone call telling me that the show was going to be cancelled, but we still showed up and worked in front of no crowd. That was tough. A lot of guys didn’t want to do it. I didn’t want to do it. It’s like wrestling at 50% or 75%, you know? You don’t realize how important the fans are until they’re not there. Without the fans, there’s no sport. So, I sort of lost the feeling of wrestling in front of a crowd because it’s been so long, but it’s definitely going to be great to see them back.”

Aside from Danhausen, PCO had much praise for the entire Ring of Honor roster, as he is very impressed with the talent produced by the company and the endless amount of future star-power.

“Ring of Honor is like a machine for talent. Just look at all the guys that came from Ring of Honor and went on to do great things,” PCO said. “There’s so many guys today, I can’t even think of all the names because I might leave some out. You would need to write it down to actually keep track. But some of the guys off the top of my head… Bandido is great, Jonathan Gresham, the whole Foundation really, some of the new guys to ROH… Tony Deppen, Chris Dickinson. The Briscoes, you know those guys have been around forever, always working real hard. My former tag team partner, Brody King. You can’t forget Shane Taylor, he’s worked so hard for a long time too… So many strong talents.”

PCO also commented on the Canadian pro wrestling scene and just some of the names he is impressed with or sees as having high potential. “There’s a lot of guys coming out of Canada now, all parts of the country you know… Toronto, Ottawa, Montreal, Winnipeg, all over really. Bunch of talented guys like Ethan Page, TDT, 3.0… those guys have wrestled everybody. Guys like Kobe Durst, Josh Alexander, Jeremy Prophet, Speedball Mike Bailey… the list goes on.”

In terms of his ROH plans for the foreseeable future, PCO takes a particular approach to his rivalries, storylines, and matches with opponents. “For me, I’ve always been a guy who likes things to come organically. I’m not one for forcing things down the fans’ throats or rushing things to fast, no one is going to be interested in that. That’s one of the reasons why I loved my build-up to winning the ROH World Championship. It was organic, it was built up, everything came full-circle by the end. Getting the fans behind me, seeing their reactions to my character, it made the moment even more special and real.”

PCO also touched upon his past partner, Jacques Rougeau Jr., and their time as The Quebecers. “You know, Jacques and I, we kind of banged heads a lot to be honest,” PCO chuckled. “But we were a team. Sometimes we had the highest of highs and the lowest of lows. Not everything can be perfect. He was older than me, I was the younger one, so he thought he had a lot more say in what we did. Not saying that was a bad thing, I mean, he was great on the mic and all, but I was young and I wanted to grow as a wrestler. I didn’t like how our characters had to speak French all the time, because I never got to work my promos or my English. It was kind of dumb. But it was fun. We won the tag belts three times, of course, and I learned a lot from that experience.” 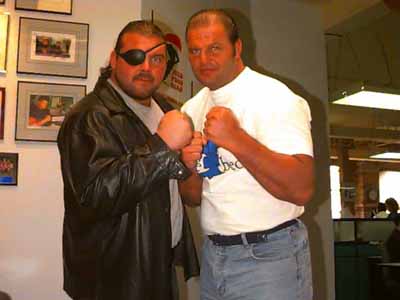 When asked what his favorite memory is from his wrestling career (so far), PCO said this: “2019 was a year that always sticks with me forever. You know, the 2018 stuff was great, wrestling WALTER and getting all these bookings again, but 2019 holds a special place in my heart. I did so much in one year, it’s crazy. We won the tag titles, the six-man tag titles, and then I beat Rush for the world title. I reached my dream that I’ve had since I was a child, becoming the world heavyweight champion. And I did it in my second run. So definitely 2019, the whole year is one great accomplishment for me.”

Speaking on what’s to come for PCO, both in and out of the ring, he does not have any set plans or visions; he paused to think about what is to come down the road. “My daughter is 12 years old, so I’m supporting her in everything she does. She loves film and theatre, but she’s also good at golf and hockey, so what ever she wants to do, I’m all for it. So just helping out in her life and supporting her for sure. Then for PCO, the wrestler, we’ll see. I can’t predict what’s next, I just go about my career doing what’s in front of me now. Even in all aspects, like washing the dishes, shoveling snow in the winter, or even doing this interview with you, I put my full undivided attention to what’s important and needs to be done now. There’s a documentary on me that should be coming out soon… we want to launch that at film festivals and theatres. Lots of things to come.” 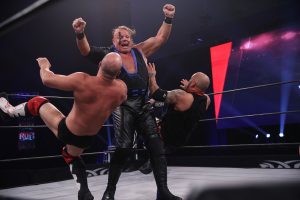 PCO with a double clothesline. Courtesy RING OF HONOR/Zia Hiltey.

Catch PCO on the pre-show Sunday, July 11, for Ring of Honor’s Best in the World. The PPV is available for purchase on ROHWrestling.com, where if you sign up for HonorClub, you can get 50% off the listed PPV price. You can also purchase the PPV through FiteTV and the FiteTV app, as well as your local cable provider (check local listings for more information).

Best in the World PPV – Live from Baltimore, MD