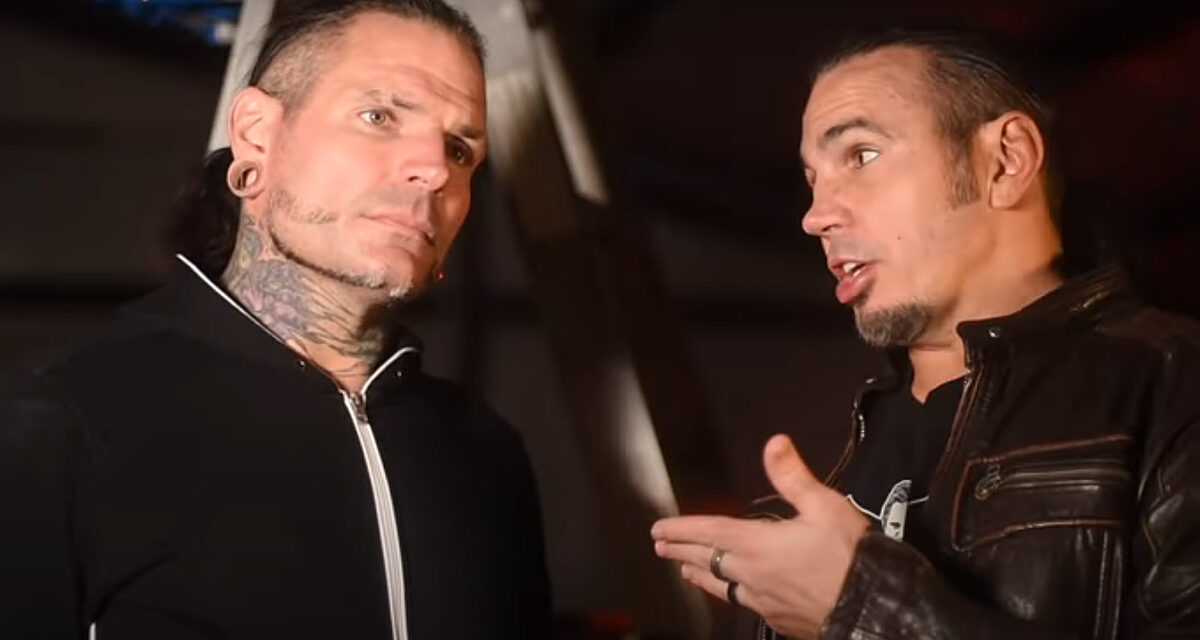 Jeff Hardy is opening up about his release from the WWE…sort of.

On a Twitch stream hosted by his brother Matt, Jeff spoke offhandedly about the situation hinting that he might be tagging with his brother again in the near future.

“Sorry, man, I was listening to Release Me by Wilson Phillips,” he said at one point while also hinting at an ‘Ultimate Deletion’ match.

“Look, man, I am The Whisper In The Wind. I am The Swanton Bomb but without you there is no Poetry In Motion,” he also said to Matt.

Jeff also appeared on Matt’s Youtube channel to promote his tour and concerts that are coming up.

Matt joked that Jeff might want to start producing his own Twitch stream for his art and his painting. Jeff agreed.

The video is titled A Conversation with Brother Nero.

It is believed that Jeff is under a no compete clause due to his contract with the WWE and cannot work for any other wrestling company until March of next year.

Hardy was released from the WWE after walking out on a match at a WWE house show.