Gene Kiniski elected to BC Sports Hall of Fame 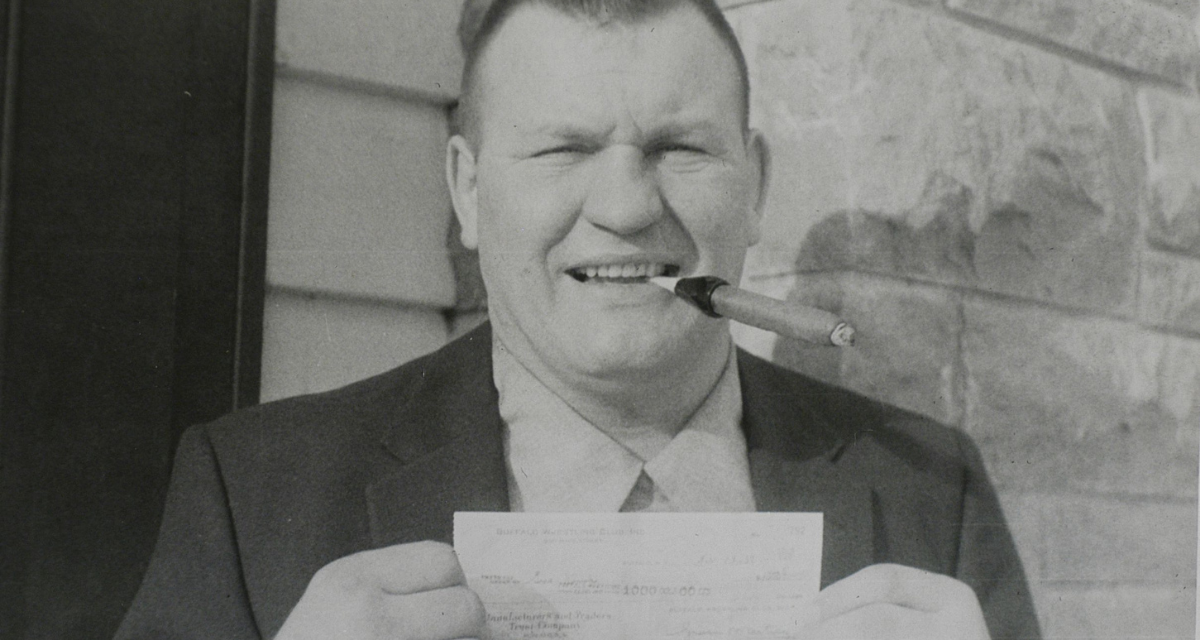 This morning—Oct. 7, 2021—as the most recent nominator of a Canadian wrestling legend for a long-overdue honor, I virtually attended the British Columbia Sports Hall of Fame’s 2021 Announcement Day event. A highlight was the welcome announcement that Gene Kiniski has been named to the 2021 class of inductees to the BC Sports Hall of Fame.

Three years ago, in an article for SLAM Wrestling, I outlined the case for the induction of Canada’s Greatest Athlete, Gene Kiniski, to the British Columbia Sports Hall of Fame. Over the course of researching Kiniski’s life for my 2019 book Gene Kiniski: Canadian Wrestling Legend, I’d been amazed by the scale of Kiniski’s impact on the wrestling world, Canadian popular culture, and people inside Kiniski’s circle of long-time friends and numerous others he let in for shorter periods of time. As far as professional wrestling was concerned, Kiniski’s credentials were obvious. But perhaps just as significant, as far as a leading “sports” hall of fame and not just a wrestling hall of fame was concerned, were some of Kiniski’s sporting accomplishments outside the pro wrestling ring. Among these was Kiniski’s standing as both a provincial and state amateur heavyweight wrestling champion in the late 1940s/early 1950s and his showing as a Canadian professional footballer who, coming out of just two seasons of college football at the University of Arizona, was offered a contract by the NFL’s Los Angeles Rams.

As the cornerstone of Vancouver’s All-Star Wrestling for about a quarter century from the late 1950s into the 1980s, much of that time as an owner as well as a performer, Kiniski was a respected member of the British Columbia sporting fraternity—as he continued to be for years after his career in the ring. His face was known to Canadians from coast to coast and to millions outside Canada who knew him as a former NWA world heavyweight champion and a leading professional wrestler of his generation.

Prior to 2021, Kiniski had been up for induction about 10 times, often getting close but never winning induction. The bar for induction was set high and seemed to rise even higher for a nominee whose main claim to fame was a pair of world championships in professional wrestling. Kiniski had some powerful and avid supporters—including BC Sports Hall of Famers and British Columbia media heavyweights Bernie Pascall and Greg Douglas, along with WWE Hall of Famer Bret Hart, who contributed a letter backing Kiniski’s nomination in 2007—but the prospect of getting Canada’s Greatest Athlete into the BC Sports Hall of Fame seemed a longshot as every effort on Kiniski’s behalf through 2019 fell short.

But after years of disappointment, repeated efforts to get Canada’s Greatest Athlete his due paid off on Sept. 7, 2021, when the British Columbia Sports Hall of Fame announced Gene Kiniski as a member of the hall’s 2021 class of inductees. The formal induction ceremony is expected to take place in late May or early June of 2022.

Selected in the “Pioneer” category which takes into account more than the usual athletic qualifications, Kiniski was recognized by his backers as a uniquely qualified nominee who transcended his sport. As Pascall wrote in a letter submitted with Kiniski’s latest nomination package, “the legendary Gene Kiniski excelled in the ring as Canada’s Greatest Athlete, but he was far more than a professional wrestler.” Fellow letter writer and BC Sports Hall of Famer Bob Molle added, “I have benefitted from Gene’s inspirational words and example, and I know he had a similar effect on many other people.” According to letter writer and BC Sports Hall of Famer Mike Jones, who coached Gene’s son and national amateur wrestling champion Nick Kiniski at Simon Fraser University, Gene Kiniski, even after reaching the pinnacle of his profession, “gave his support to many amateur associations [and] was always willing to promote sport and lend his name and voice to any event.” Fellow Hall of Famer and letter writer Chris Wilson added, “Gene’s success and confidence was an inspiration for me personally. For a ‘nobody’ from Edmonton to rise to the levels he did and for so long was amazing and showed kids like me what could be possible. I admired him as much as I did Bobby Orr and Guy Lafleur.”

Emcee Charmaine Crooks, speaking at the Announcement Day event at the Surrey Arts Center, introduced Kiniski as “likely British Columbia’s best-known international celebrity beyond the world of sport” during his era. After the announcement of the inclusion of his father on the BC Sports Hall of Fame’s list of inductees for 2021, Nick Kiniski told live and virtual attendees, “I’m very proud of him.”

That sentiment extends to numerous people who recognize the contributions of Gene Kiniski to the world of sport and to the larger world outside sport—and wrestling fans, though perhaps the first to recognize Gene Kiniski as a worthy hall of famer, aren’t the only ones likely to remember Oct. 7, 2021, as the day of a big announcement that was long overdue.

TOP PHOTO: Gene Kiniski shows off the first $1,000 check he earned as a wrestler.