Mat Matters: Cole, dead at 50, was the original whistleblower for #SpeakingOut 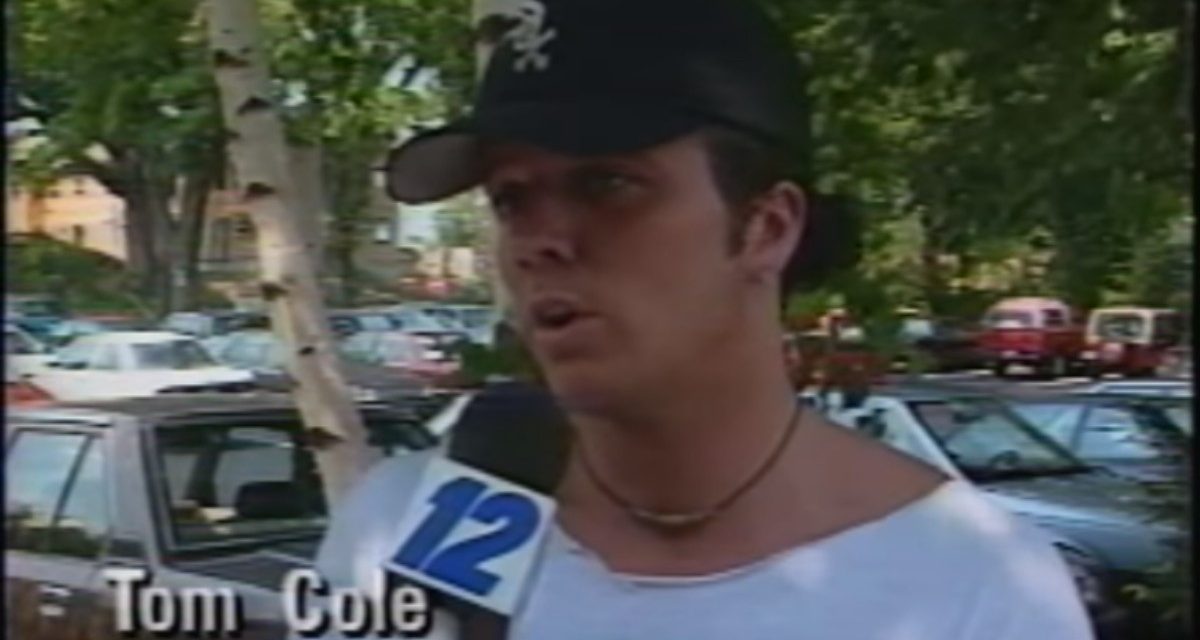 When the #SpeakingOut movement, where men and women brought to light allegations of abuse they experienced in pro wrestling, was launched in June 2020 over Twitter, my first thought was of Tom Cole.

With his suicide on February 12, I find myself overwhelmed with emotion.

Cole was the key figure in the infamous WWF (World Wrestling Federation, now World Wrestling Entertainment or WWE) ring boy sex scandal. Beginning in 1985, Cole was one of many teenagers who would help set up and take down the ring for WWF shows. As a wrestling fan and coming from a troubled home life, it would seem to be a dream gig for Cole.

But in 1992, Cole brought forth disturbing allegations including sexual abuse and harassment against ring announcer Mel Phillips, road agent/official Terry Garvin and Pat Patterson, who at the time worked in the WWE front office. Cole would eventually reach an out of court settlement with the WWF. Phillips, Garvin and Patterson were never officially charged with any offence of any kind and all three would resign from WWF. Patterson was eventually rehired. 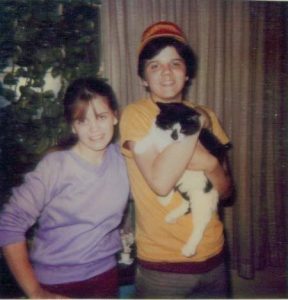 Picture and caption from the Twitter account of Lee Cole: This is my brother Tom when he was 14 years old wearing a WWF cap. This is when the WWE started grooming him. Mel Phillips would find good looking kids and groom them with lies about working for WWE. VINCE STOOD BY AND LET IT HAPPEN. He saw these kids everyday. As did Linda!

Part of Cole’s settlement involved receiving back pay and getting his job back with the WWF. According to a January 9, 2011 article by pro wrestling journalist Mike Mooneyham: “Cole, who was shunned by many in the company due to the negative publicity his claims generated, wound up leaving WWE again and for good nearly 18 months later, claiming that the company had reneged on commitments to him.”

From time to time, Cole would show up in the news discussing his story, the WWE and the McMahons. People were often polarized about Cole’s settlement with the WWE and his often-changing pro/con views of the McMahons.

So, when I first heard the rumblings about #SpeakingOut, I was immediately curious about what Cole thought of this movement. And I couldn’t help but wonder that if social media and this movement had existed when he brought forth his allegations, how different the narrative could have been.

It was June of 2020, and I had never spoken to Cole before, but I decided to just call him. He didn’t answer so I left a voicemail. Within a few minutes, he returned my call. This phone conversation would last over an hour. Cole did most of the talking. I listened. Cole had asked that our phone conversation be off the record, which to this journalist is the equivalent of a doctor’s Hippocratic oath, so I will not be divulging the specifics of what Cole said during that call. But what I can tell you is that even with all these years passing, Cole was still angry. At times he was erratic. To me his emotions seemed genuine and raw. His voice rose in anger often.

After our call had finished, I honestly broke down. As someone who has struggled with my own mental health issues and experienced molestation as a child, that was one of the most difficult and gut-wrenching conversations I’ve ever been a part of in my life. I don’t know the specifics of what happened to Cole, sadly we most likely never will as Garvin, Phillips and Patterson have all died. But what I am certain of is that SOMETHING horrible happened to him. Someone hurt him. Someone abused him. And Cole never recovered.

Cole didn’t give me an official interview that day, but he did say he was interested in sharing his story and discussing #SpeakingOut with me for SlamWrestling. Whether or not he truly meant that, I don’t know. I told him I was ready to listen when he was ready to talk.

We would continue to keep in touch sporadically via texting. Cole shared in July 2020 that health wise, he had been having a very difficult time. He said he had to have surgery for a really bad case of diverticulitis in March 2020 that left him with a stoma that required a reversal surgery three weeks prior. But despite everything he was going through in his recovery, he said, “It’s honestly time for me to share.” 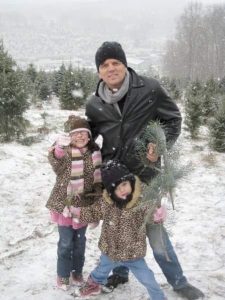 Picture and caption from the Twitter account of Lee Cole: Tom Cole was a father, husband, brother, and a sexual assault victim. Vince and Linda McMahon and their lackey Jerry McDevitt only contacted him and asked him how he was doing when they needed him. They only pretended they cared.

With the news of Patterson’s death in December 2020, I decided to check in on Cole thinking the news would undoubtedly trigger him. I debated and struggled with sharing this next bit of information publicly, but I truly feel instead of viewing this as invading his privacy, I feel it gives valuable insight into Cole the person and his plight. Cole quickly responded via text: “The major perpetrators are all gone now! I suppose I can use this time, to truly begin to heal. I hope Pat Patterson is at peace! But I have a real problem with people holding the man up, as if he was a saint! Pat knew all about Mel Phillips and even more so when it came to Terry Garvin! Terry Garvin told me as much! … after I rebuffed his (Garvin’s) advances! They all knew.”

The last text I would receive from Cole would say, “Make zero mistake!! Pat Patterson used his position to further his sexual wants and desires!”

I would continue to think of Cole and wonder how he was doing. And although some people may doubt this, my intentions weren’t solely driven on getting an interview with him for a story. Yes, I was curious to talk with him, but only if he was ready. I had no intention of joining the many people who had already vigorously exploited him.

On February 13, 2021, as I was having my morning coffee and checking Twitter on my phone, I saw a post from Lee Cole, Tom’s brother, saying that Tom had committed suicide the day before. I felt like someone had punched me really hard. Yes, I didn’t know Tom well. We weren’t friends. But I still went into shock and was just numb until later that day. This response may sound naïve to some but, I kept chastising myself about what I could have done to prevent this from happening. As I’ve mentioned before on SlamWrestling, I have battled chronic depression all my life and I’m a suicide survivor. I know what it is like to feel completely devoid of light, thinking suicide is the only option. I would not wish this on anyone.

My brother Tom Committed suicide a couple of hours ago. Vince Mc Mahon and his wife Linda let child molesters into their companies years ago and did everything possible to cover up what they did to my brother. I hope you can sleep good at night Vince. Our family suffers. Thank U

Yesterday, I felt like everything was moving really slowly, like I was underwater. The guilt I felt was massive.  I kept replaying what I could have done and berating myself for not seeing this conclusion. And I’ll admit I was really disgusted with myself for continuing to be a pro wrestling fan in yet another tragedy in pro wrestling’s wake.

I reread all the text messages from Cole. I didn’t have the strength to listen to the phone conversation we had had. The last thing I ever texted him was a wish for peace and healing.

I wish Cole could have achieved peace and healing while he was still alive. I wish all the people around him, especially those in the WWE when he brought forth his allegations, would have looked past dollar signs and business interests, to get him the help he truly needed. Cole’s narrative did not need to end this way.

If we can learn anything from this tragedy, let us truly open our ears and hearts. I know to many of you readers that is going to sound ultra-syrupy, but take some time today to check in on your friends and family. And if any of the people in your life are suicide survivors, I encourage you to tell them that you are so glad they are still here.

Tom, I truly wish you were still here.

-With files from Mike Mooneyham and Greg Oliver

TOP PHOTO: Tom Cole interviewed on TV around the time of the WWF sex scandals.