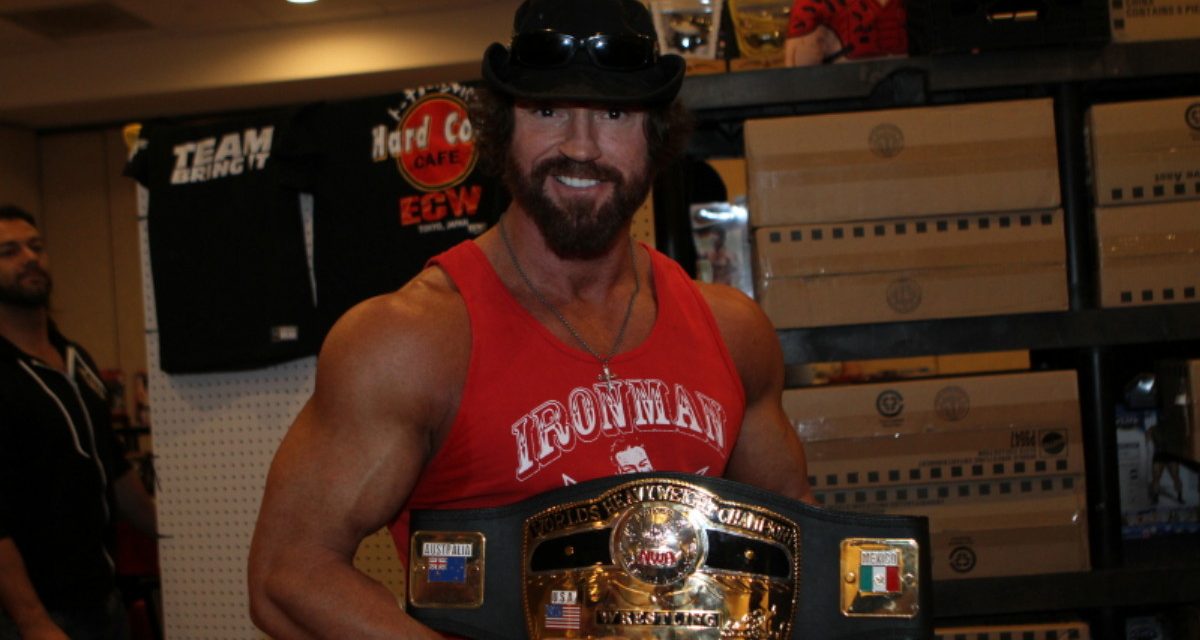 Conway and Kojima wrestled a stiff, hard-hitting bout at the Gold Coast Hotel and Casino in in Las Vegas, Nevada, with Conway scoring the clean pinfall after evading a Kojima lariat, connecting with a vicious spear, and then hitting a draping “Ego Trip” whiplash neckbreaker off the top rope. 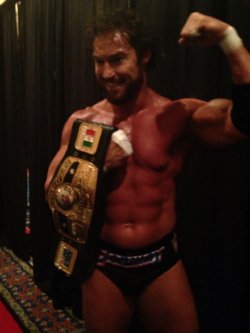 Conway’s victory over the former New Japan IWGP and All Japan Triple Crown champion was celebrated by NWA President R. Bruce Tharpe, who was openly cheering for the New Albany, Indiana, native throughout the contest. Tharpe has made it his mission to prove that his NWA is a superior organization, and Conway’s win gave Tharpe bragging rights.

“The NWA went to Japan to prove our superiority,” Tharpe said after the match, as photographers flocked Conway with NWA title belt. “I’m telling the truth when I say that we’re better than they are. And Rob Conway proved it tonight.”

Conway said his second NWA title victory was just as sweet as his first.

“As a kid, winning the NWA World title — the title that was held by Harley Race and Ric Flair and Jack Brisco — that’s one of those dreams that you have that you think can never come true,” Conway said. “Winning it the first time was magical. Regaining it tonight here, with a win over an opponent as good as Kojima and in front of an audience of fans, wrestlers, and legends here at the prestigious Cauliflower Alley Club reunion, it’s just as incredible.”

Kojima had held the NWA title since January 4 when he defeated Conway in Tokyo. Conway said that title loss was a hard pill to swallow. 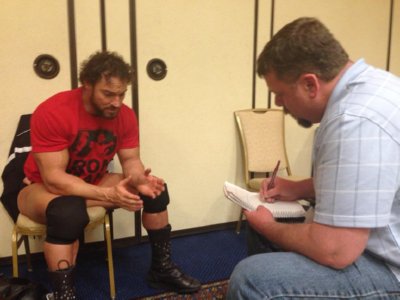 “The NWA World title becomes your identity,” Conway said. “You start to feel like you’re the face of the NWA brand. Losing the title was like losing part of my identity.”

Conway said he hopes to defend the title against all comers, including international competitors.

“The NWA is intent on putting the ‘world’ back in ‘World title,'” Tharpe said.